The products of rural and fishing activities circulated from the countryside to the city and within the city itself, thus emerging the street vendors. They sold on the streets, or door to door, by touting their products with their stuffs inside baskets, trays, boxes or backpacks. These were transported on the shoulder, head or in the arms.
In certain professions, they were assisted by a staff for shoulder transport. This was the case of the milkman, who carried the canisters, popularly known as bilhas de leite ("milk jugs"), in tinplate, with various dimensions, whose wings were threaded and attached to one end of the staff by a leather strip to avoid large oscillations when it moved. At the other end, a metal chain was hung, in which the measuring mugs were threaded, ranging from a quarter of a liter to two liters.
Usually, the milkman lived in the upper area of Funchal or in the countryside. Their presence was denounced by the noise that their milk canisters produced by chooning each other as he walked through the paths. When he reached the customer's door, he would ring the door and shout: "Milkman!". He was then received by a dweller bringing a canister, the so-called leiteira ("milk pot"), a container similar to the milk jugs, in tinplate, but of smaller dimensions. The milkman poured the milk from the canister into the measuring mug, depending on the amount requested by the customer, and then poured it into the "milk pot". 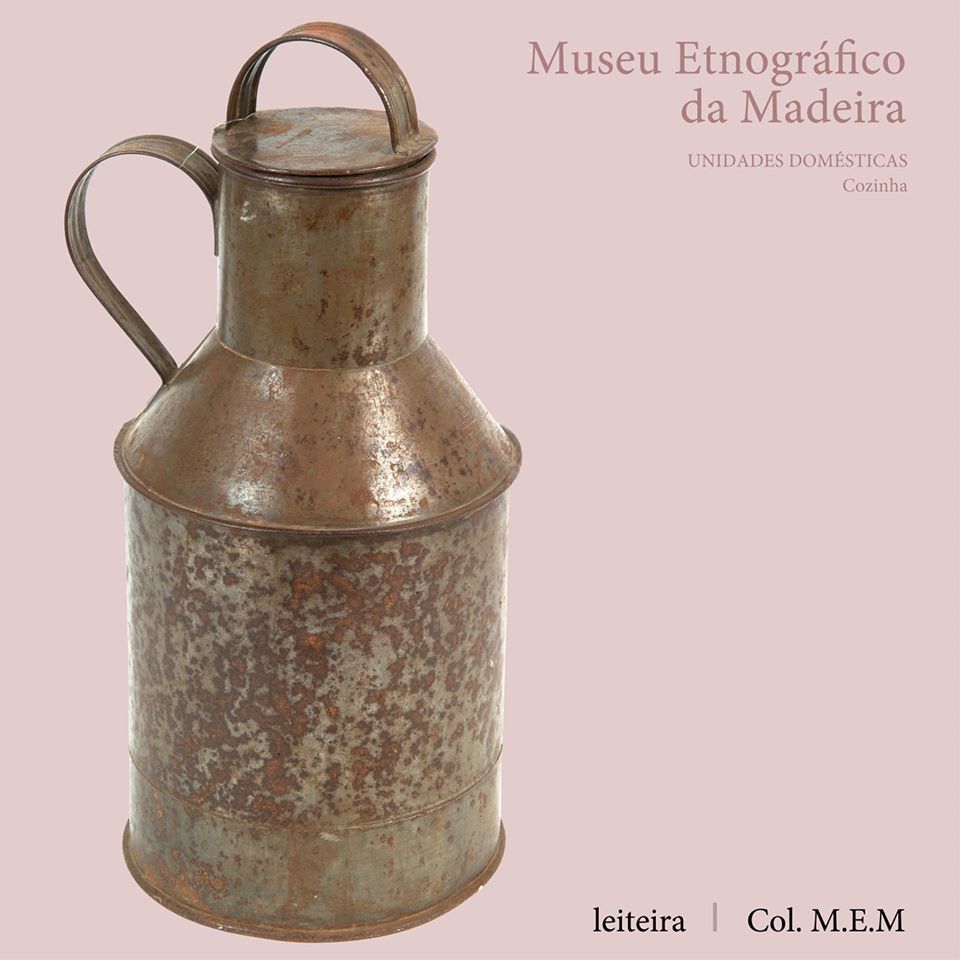