The osier grown in Madeira is a cross between the species of the genus Salix alba L. (white willow) with the Salix fragilis L. (brittle willow). Its culture was spread throughout the island, mainly in the humid lands, river beds, sloughs and close to the Levadas.

Wicker is a material of plant origin used since primitive times. It is the soft, flexible, long, thin and resistant stem of the osier, and constitute the raw material for the production of various artefacts.

In formal and functional terms, the "wickerwork" is divided into three categories: the light work (baskets for flowers and small objects), the medium work (baskets of various formats for domestic use and baskets used in agricultural tasks, such as "vintage baskets" and furniture (chairs, tables, etc.).

Wicker is a privileged raw material in Madeiran basketry production. Naturally or previously prepared, it was used in the manufacture of the most varied baskets, namely the so-called "lunch baskets", such as this belonging to the museum’s collection. These characteristic baskets were used not only to transport lunch, but also on the way to the big festivities and pilgrimages with the traditional meal.

The morphology of the baskets has changed and evolved over time, with new utilitarian and decorative shapes adapted to new needs and market demands. With the appearance of objects in plastic and other synthetic materials, some of these more popular baskets, used in the household unit or in agricultural tasks, ended up no longer being produced. 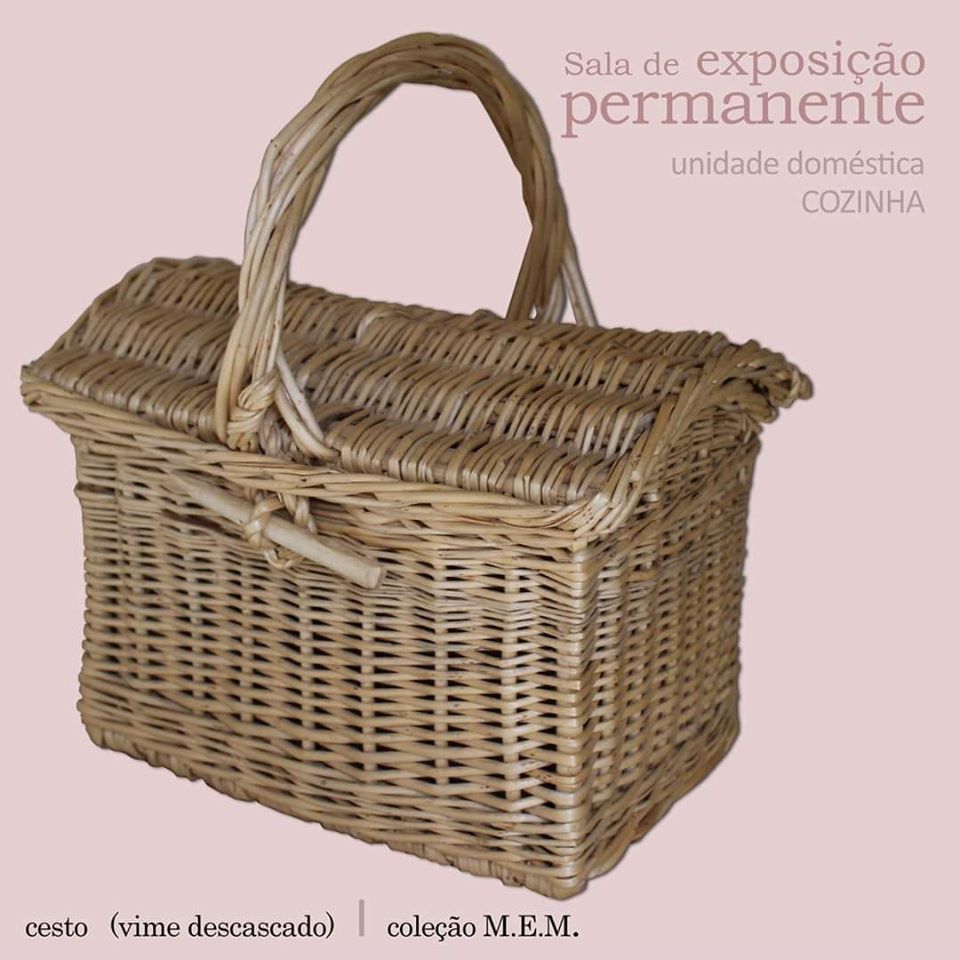