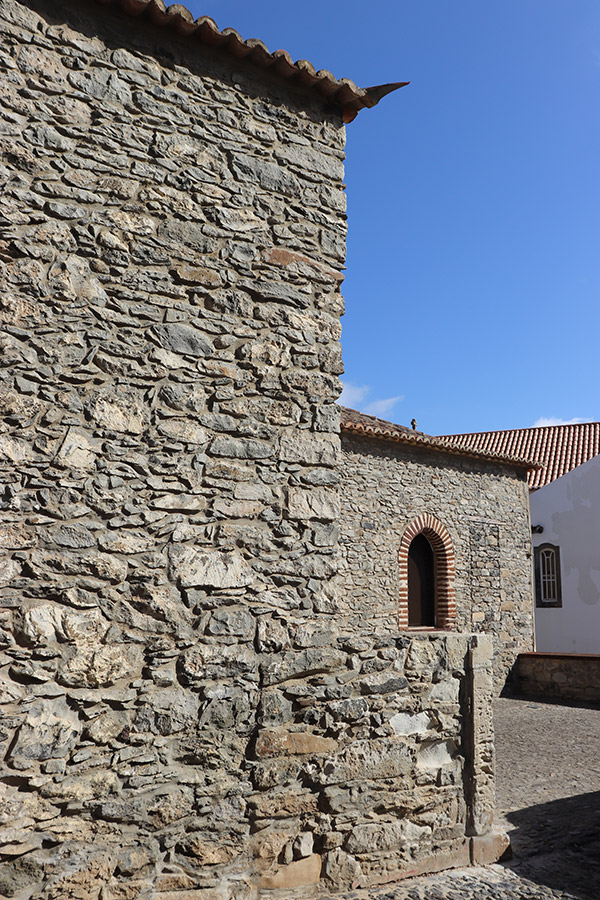 The Columbus House-Museum of Porto Santo is installed on an articulated set of buildings, now standardized by the works of the eighteenth and nineteenth centuries. According to oral tradition, long widespread, lived here Columbus, during his dwell in Porto Santo, after his marriage with Filipa de Moniz, daughter of the first Donatory Captain of Porto Santo, Bartolomeu Perestrelo.

A north wall of the main building is from the early sixteenth century, a survivor of various works, where there can be seen two windows of gothic profile.

Nowadays, in the ground-floor, articulated with the reception / shop there is a temporary exhibition room, with exhibits usually related to themes of Portuguese maritime expansion, as well as interventions “dialogues” with invited contemporary artists.

On the first floor three thematic areas were organized into four rooms available.
In the first one, issues related to Portuguese Expansion, where it is shown the strategic position of the island of Porto Santo and Madeira in the context of the Portuguese maritime expansion, pointing out the expository speech, marked by thematic panels, with works of art and references. As an example the presence of a Processional Cross in gilded bronze, an Iberian workshop from the late fifteenth century, evoking the principle of expansion of the Christian faith as an argument for the new achievements overseas. In this space, the presence of a Japanese Namban Missal, from the early seventeenth century Edo period, which represents the extension of the world of Portuguese expansion, which began in mid-fifteenth century with the onslaught and then the North African ,Porto Santo and Madeira in 1543, until moving to Japan.

The second room is dedicated to increasing the Spanish power in the global expansion and its status as financier of the expedition of Christopher Columbus in 1492. This room presents a brief biography of the navigator and his family relationships to Porto Santo, as well as reference to his voyages as a discoverer of America. It presents a silver mid-seventeenth century Mexican tray, an Italo-Flemish picture representing a Spanish conquistador post as deity and a bottle of black clay, reversing a symptomatic cultural Chimu ethnicity, from Peru, from where the piece on display comes from.

The third and fourth rooms are dedicated to the creation of the Dutch colonial empire and direct competition from Spanish and Portuguese colonial empires, through exposure of part of the estate from the galleon of the Dutch East Indies Company, Slot ter Hooge, sunk in the north of the island of Porto Santo in 1724. In the fourth room, the visitor is confronted with the question: What If the Sloot ter Hooge, had not sunk, what kind of goods from the east would it bring? The answer is given through the presence of silks, porcelain and spices in display.

Educational Services
Educational services are installed in a separated room, with preferential work with schools and seniors. The Museum has technical responsibility for education, and developing activities related to the Museum specificities.

Library
It has small documentation centre about Christopher Columbus and the Portuguese Expansion and the History of the Archipelago.

Shop
In the Museum Shop there are collections of products inspired in the collection of Columbus House-Museum of Porto Santo, as well as other museums of Madeira and information about the history of the building and its collections.

The Museum has an outdoor auditorium in a small courtyard garden.