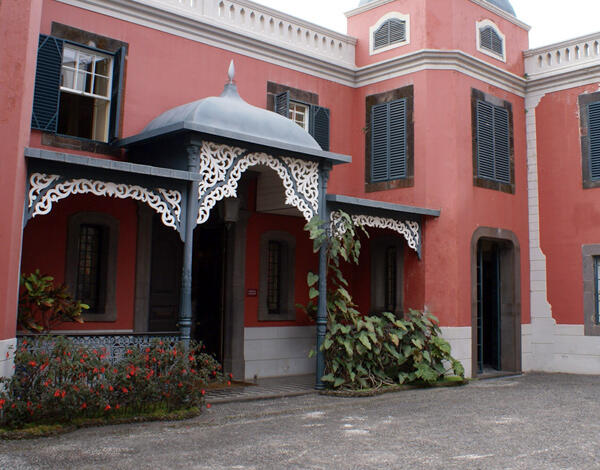 The House-Museum Frederico de Freitas, of imposing proportions and bright red colour is a striking presence on the steep Sidewalk of Santa Clara and a prominent element in the urban civil architecture of the historic area of St. Peter and the city centre. Also known as "Casa da Calçada", this description identifies the former residence of the Counts of Calçada, whose ancestors are associated with it since its inception in the seventeenth century.
Read more 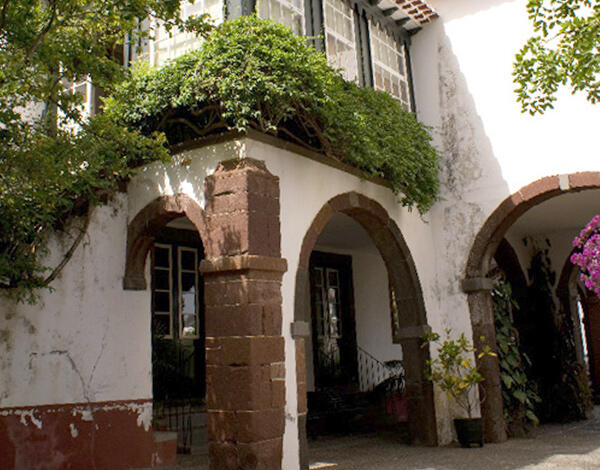 Quinta das Cruzes is one of the largest “quintas“ with historic tradition in the bay of Funchal, linked to the family of the first Donatory Captain, who have worked in the late fifteenth, early sixteenth century. A small building, started by Joao Goncalves Zarco (1425-1467?), was increased by his son João Gonçalves da Câmara. This house remained in the family until the mid seventeenth century, moving through marriage alliances, to the Lomelino family until the late nineteenth century.
Read more 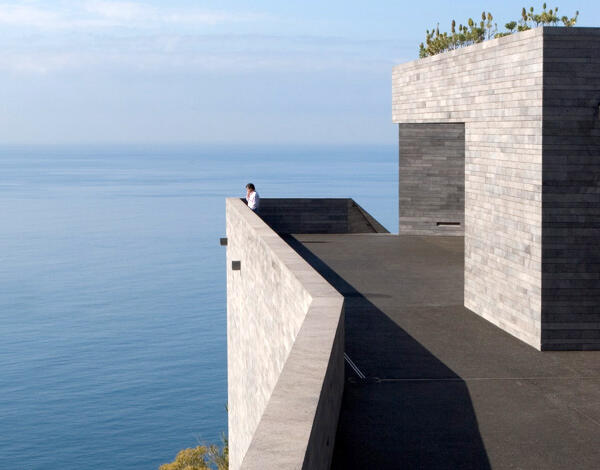 The Museum of Contemporary Art was created in 1992, when the Fort of São Tiago was transferred to the Regional Government of Madeira, under the Regional Directorate of Cultural Affairs. In October 2015, this institution was transferred to the Casa das Mudas Arts Centre in Calheta, a project of the architect Paulo David that was inaugurated in October 2004. The institution’s name was changed accordingly and is now called Mudas. Museu de Arte Contemporânea da Madeira.
Read more 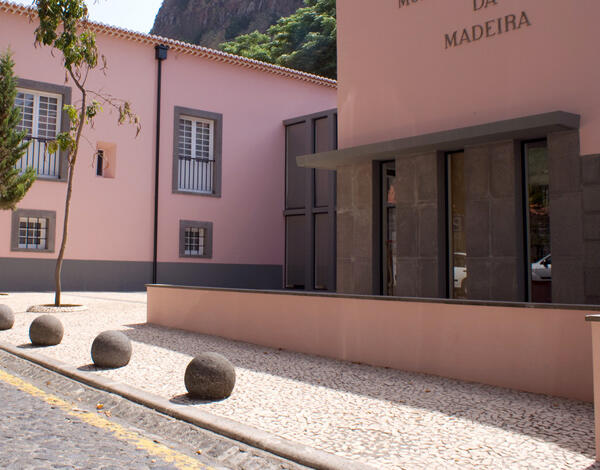 The Museum is located on property that belonged, in the early seventeenth century, to the convent of Santa Clara in Funchal, acquired by Luís Gonçalves da Silva, captain of the Ordinances of Ribeira Brava, who carried out the construction works to extend the existing building and an evocation of the Chapel of St. Joseph in 1710.
Read more 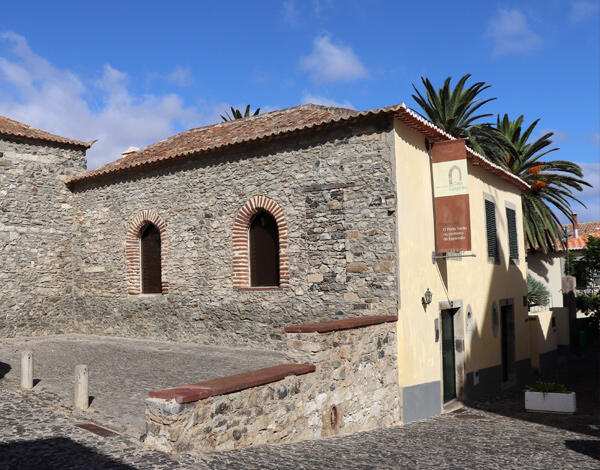 Other Museums - Autonomous Region of Madeira 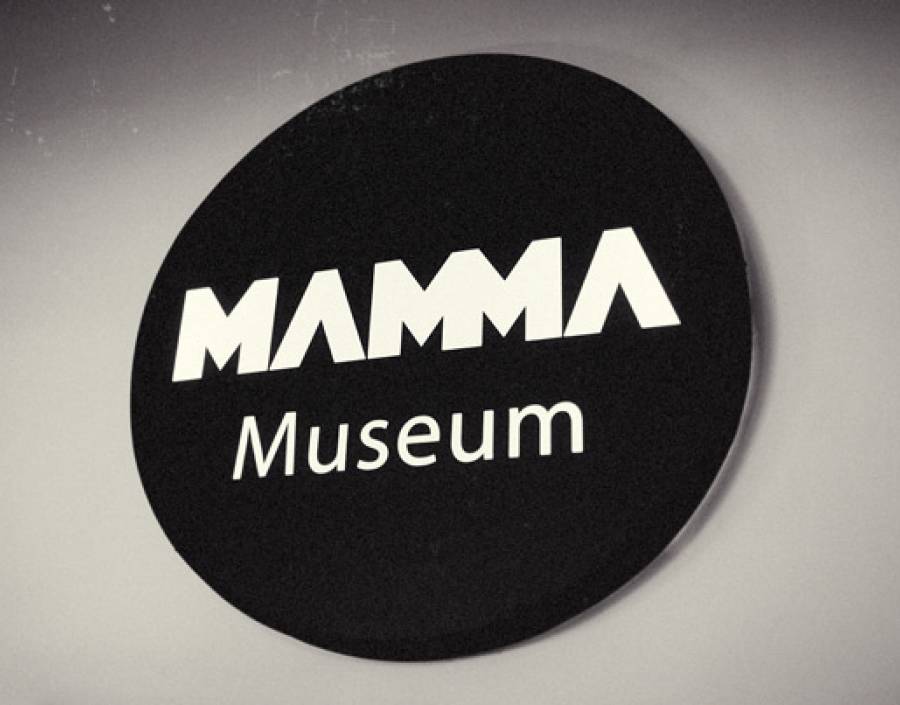 MAMMA! The new Space, designated Museum of Modern Art in Madeira, located in the center of the Madeiran capital, on Estrada Monumental nº 14, (Largo da Paz) has an area of ​​800 m2.  This is... 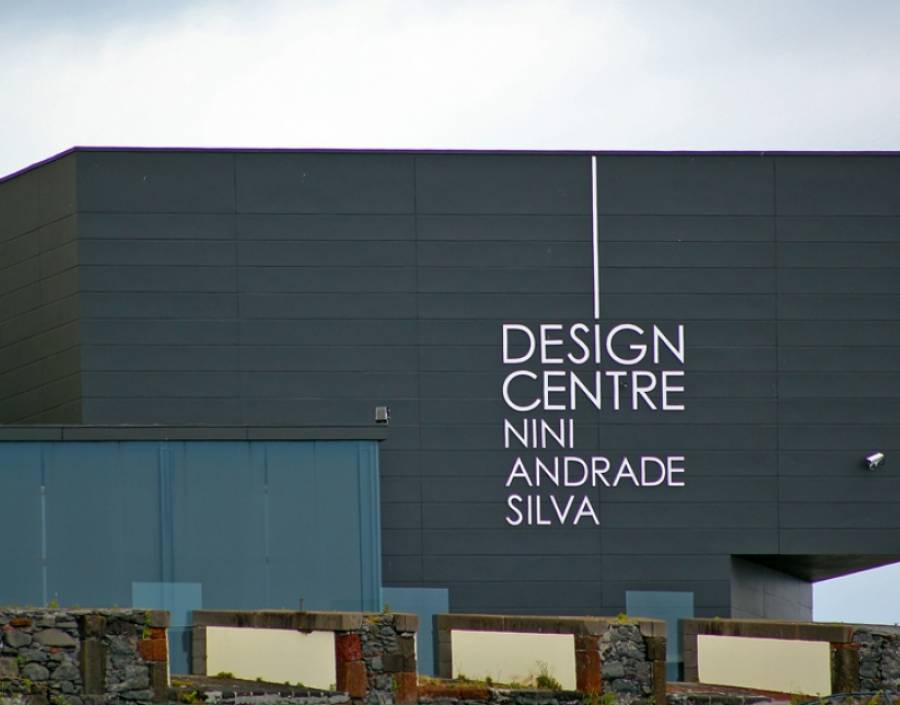 The Nini Andrade Silva Design Centre is located in the city of Funchal, in the emblematic building of Fortaleza da Nossa Senhora da Conceição, which was once the home of Gonçalves Zarco, former... 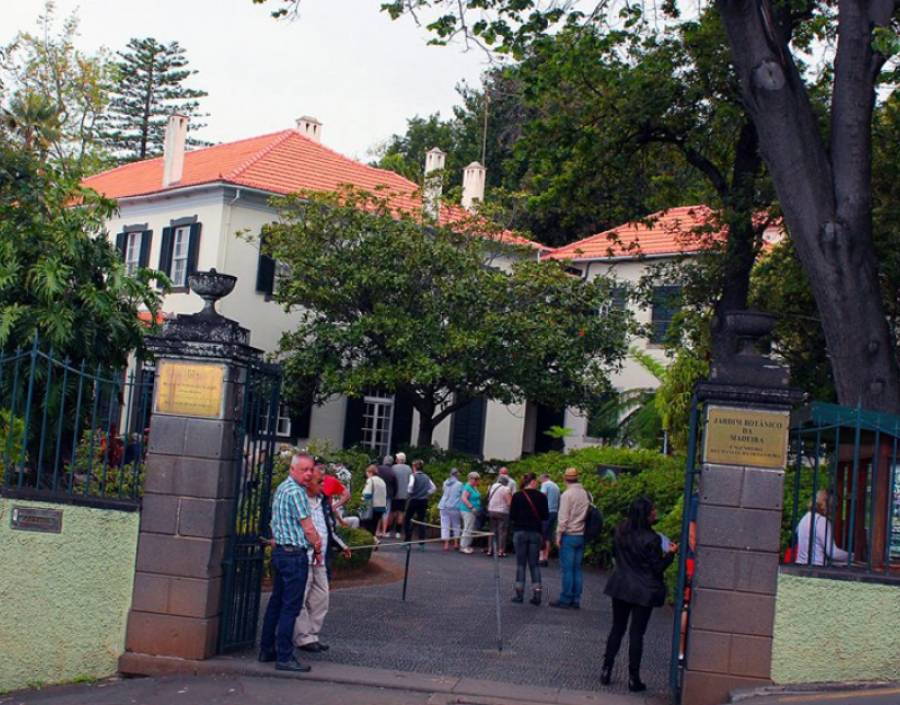 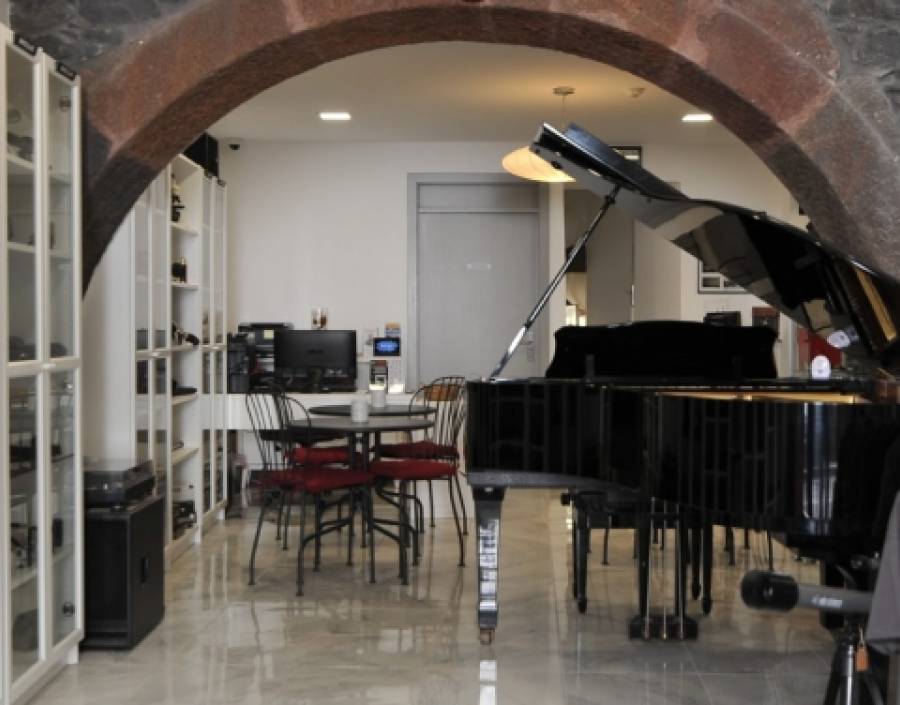 Inaugurated on September 7, 2017, a private collection of optical devices was presented to the public for the first time on Madeira Island and since then dozens of objects have been added to the... 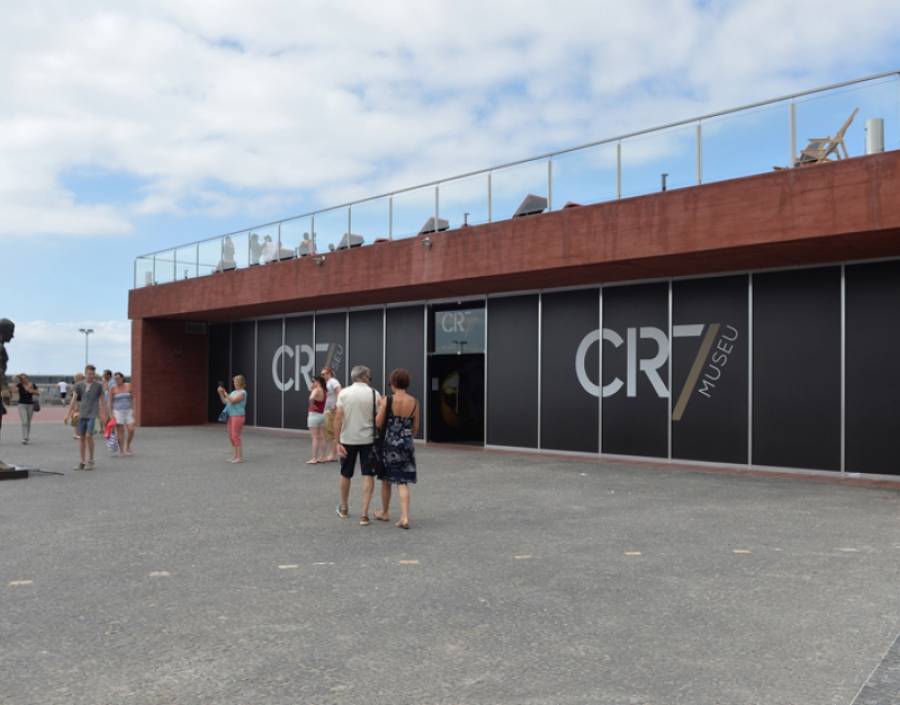 The soccer ace chose Funchal, his hometown, to create a space to house his trophies.At the museum, you can see the 150 trophies won throughout his career, see videos and photographs of the most... 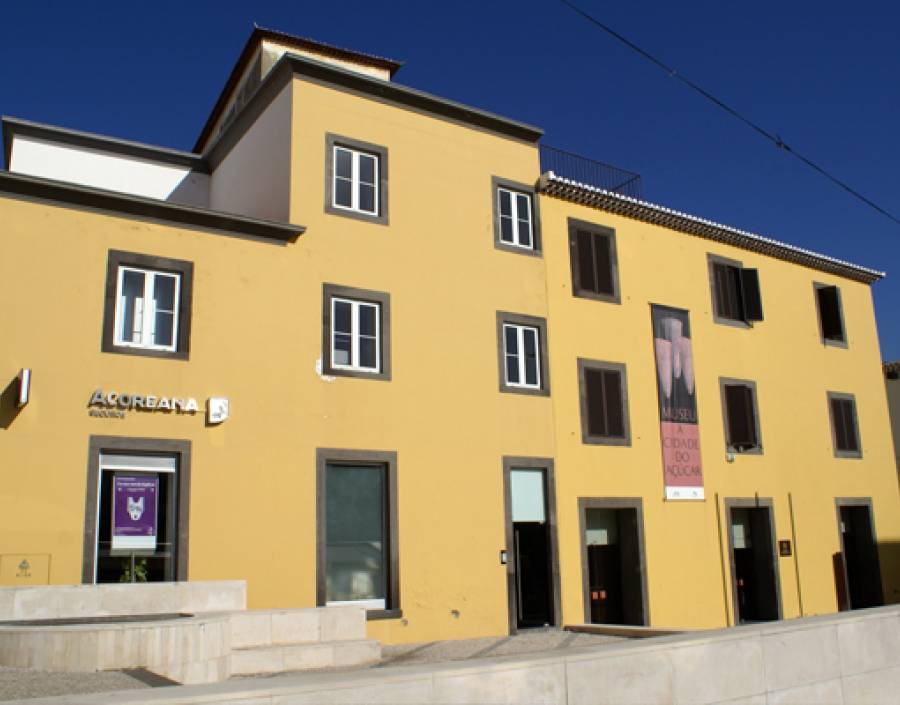 A Cidade do Açucar Museum 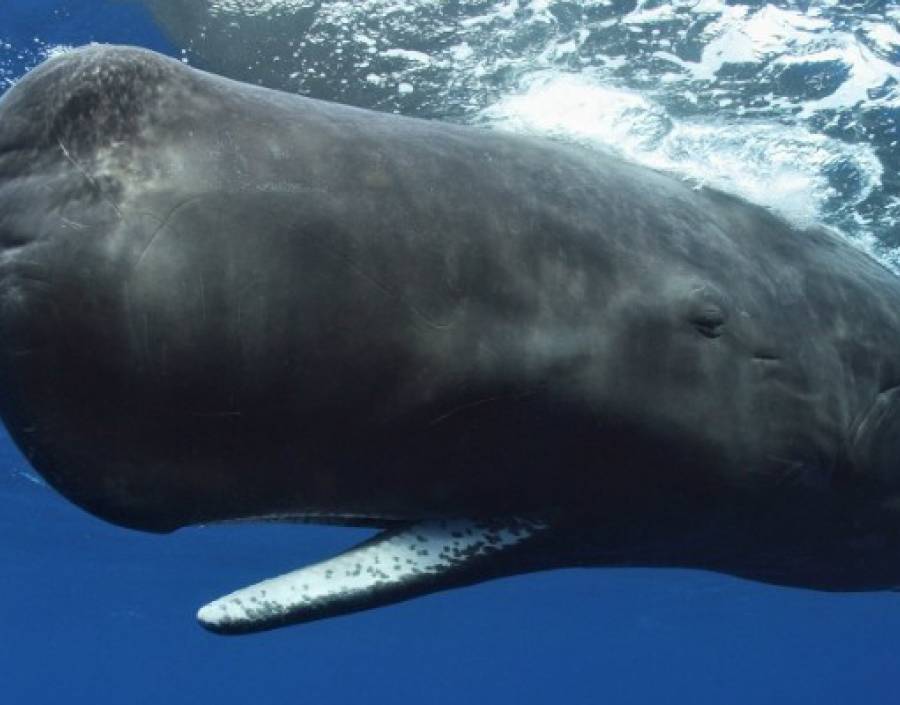 The Madeira Whale Museum (MWM) contemplates, at birth, two different functions, apparently contradictory, which reconcile whaling and conservation. Its creation was proposed to the Machico City...

The Museum of Electricity "Casa da Luz", is a museum of the Company, (EEM-Electricity Company of Madeira), which is installed in the space of the old Power Station of Funchal, opened in 1897, th so...

The Arte Sacra Museum of Funchal is located in the former Bishop's Palace, founded by D. Luis Figueiredo de Lemos, in 1594. It was designed by Jerome George, master of royal works, who worked here... 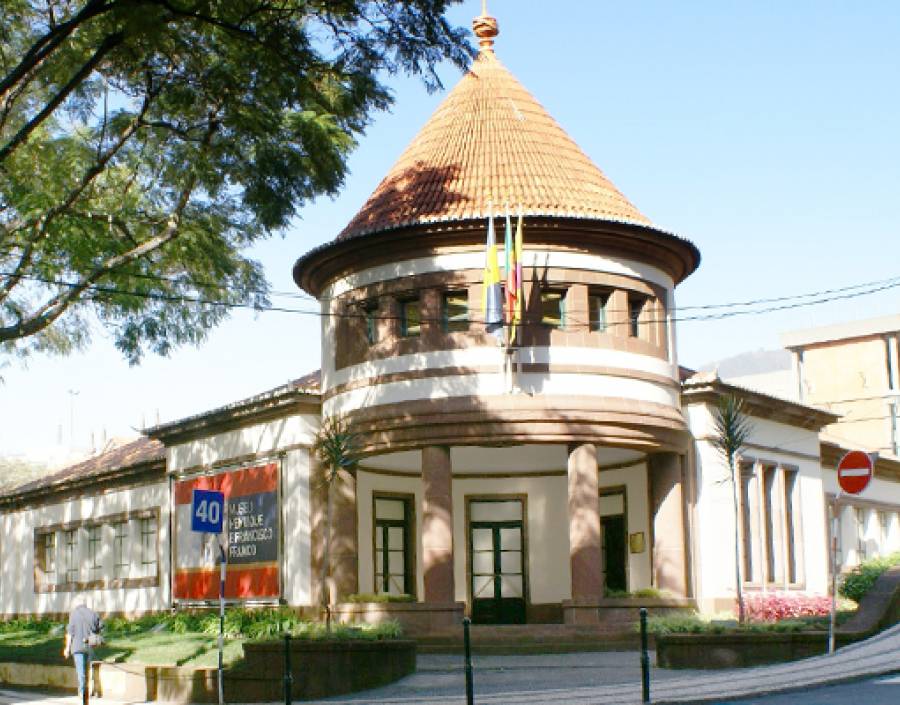 The Municipality of Funchal acquired in 1966 from the heirs of sculptor Francisco Franco, a part of his estate. It was hypothesized at the time, exposing some of his works at the Quinta das Cruzes... 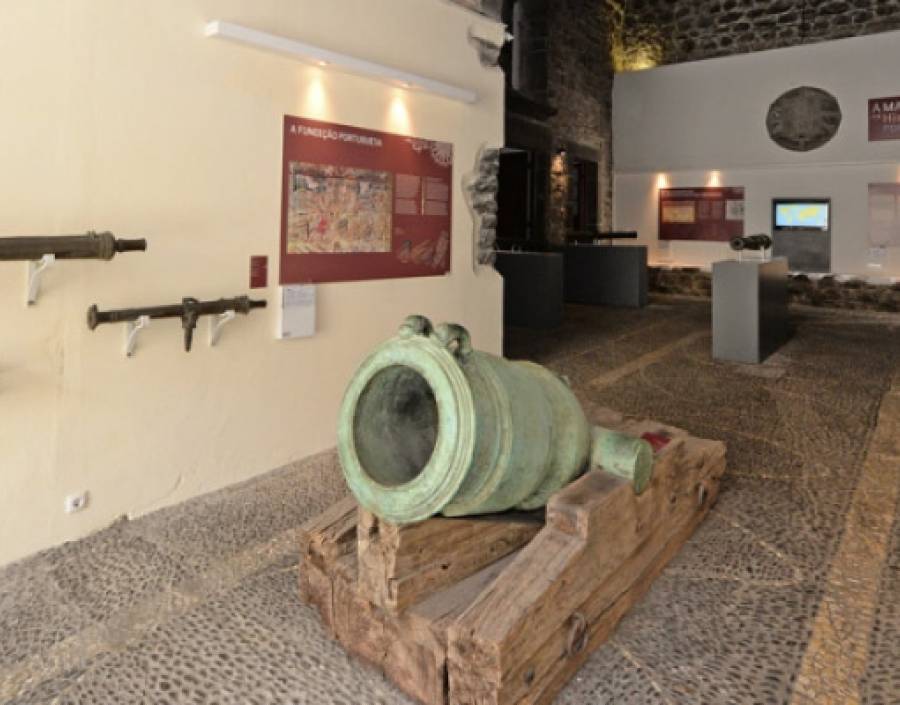 The exhibition aims to raise people’s attention and awareness towards the importance of the role played by the Madeira Island in Portuguese military history. Simultaneously, it introduces the... 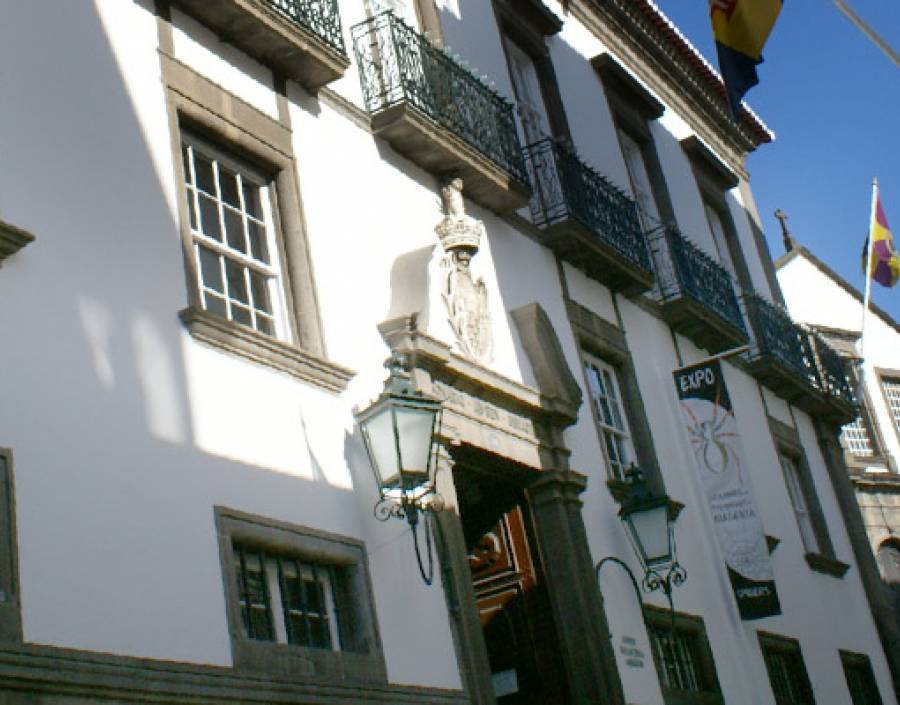 The Natural History Museum is the oldest museum in operation in the archipelago of Madeira. It is installed in the Palace of St. Pedro, Funchal, one of the most significant works of the Portuguese... 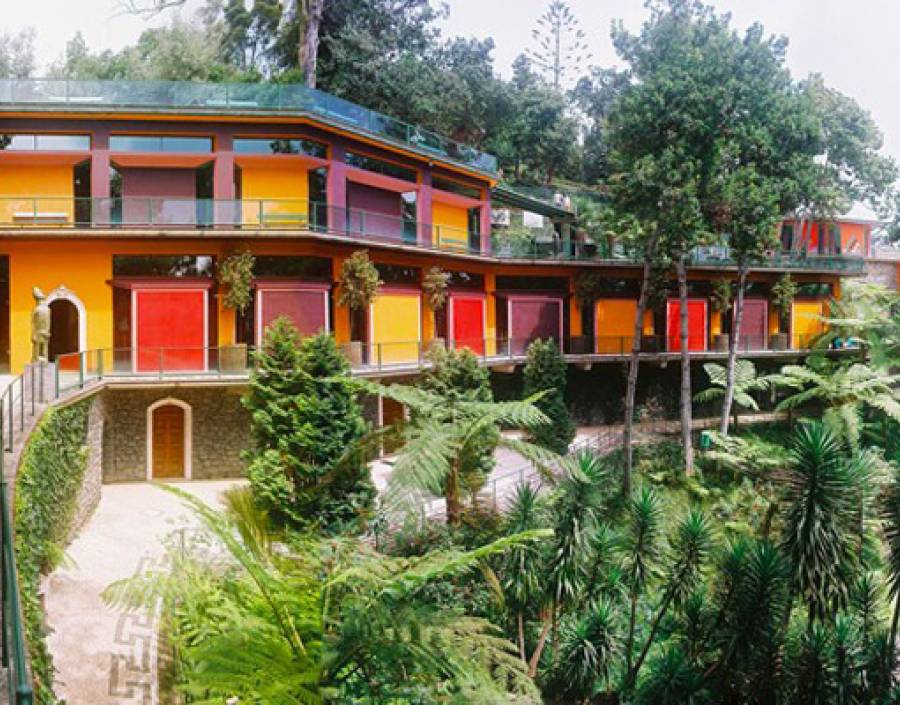 The Quinta do Monte Palace is situated in a privileged zone of the high bay of Funchal, known in the nineteenth century as a major summer resort. Monte binds a romantic tradition, by leafy trees and... 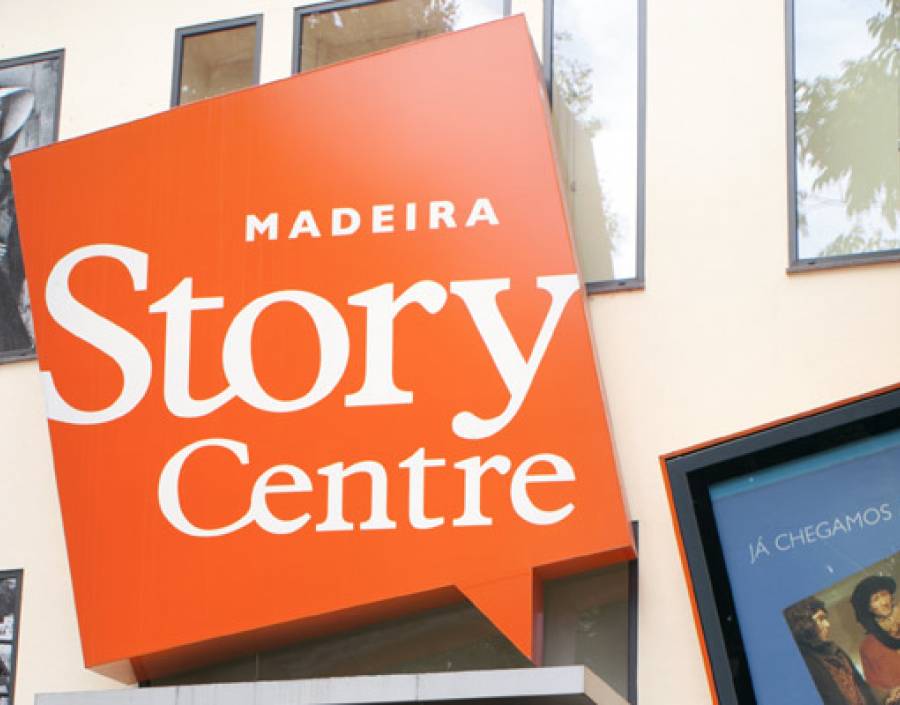 The Madeira Story Centre, as a Centre of Historical Interpretation, opened to the public in 2005, later integrating an area in the Almirante Reis garden in the designated historical center of Santa... 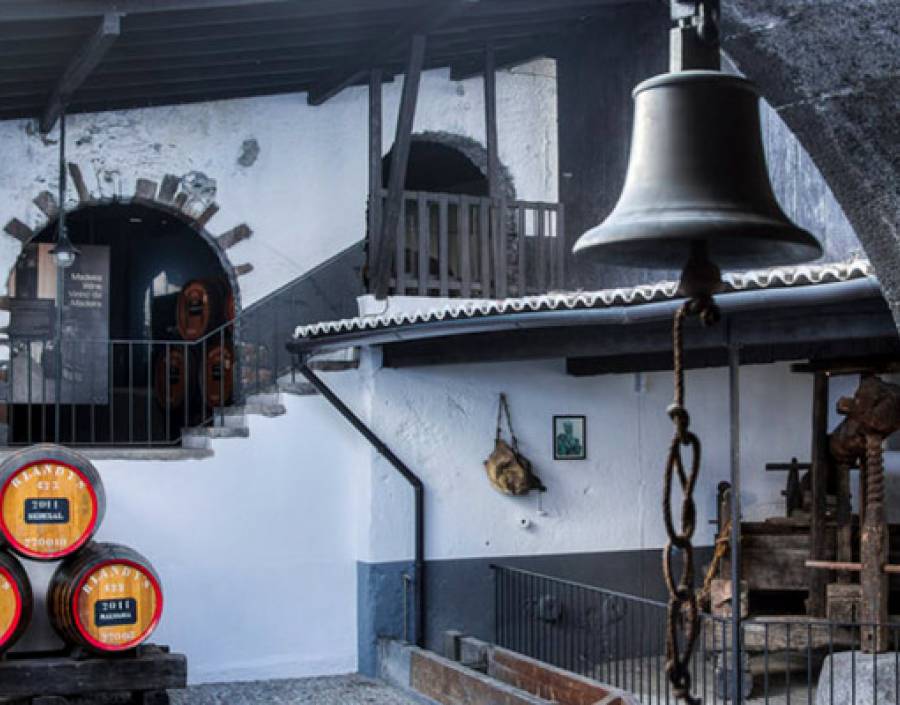 The Cellars of São Francisco, "The Old Blandy Wine Lodges" include an interesting exhibition area, located in a set of buildings, largely the only remaining part of the former Convent of St.... 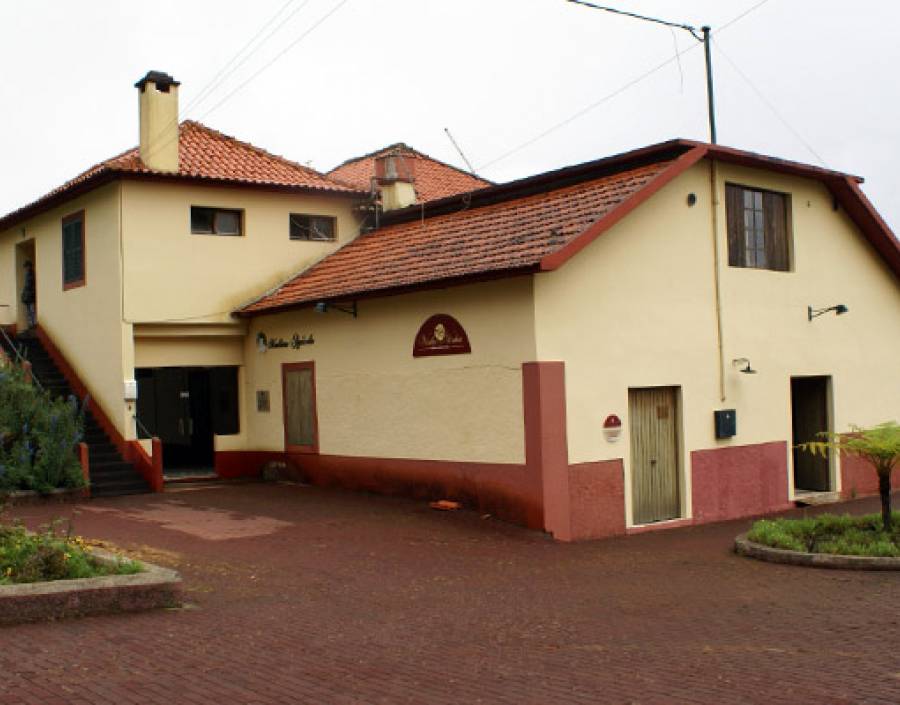 Museum of Wine and Vine

The Museum of Vine and Wine is located at the Experimental Field of Viticulture in Arco de São Jorge, in the municipality of Santana. The museum aims to be a live and interactive space, consists of... 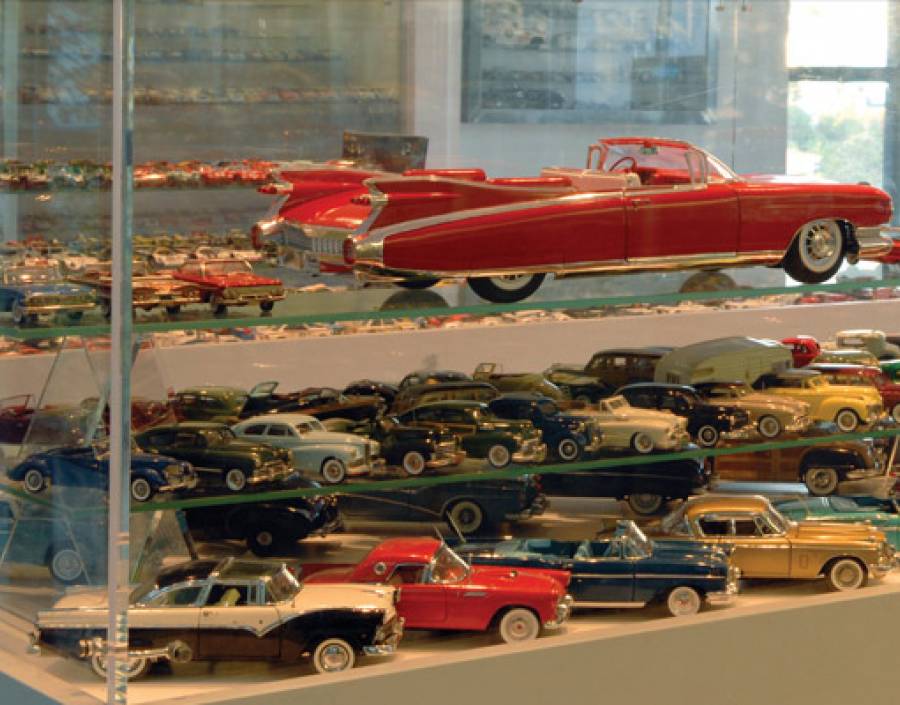 Created in 2003, from a collection of toys belonging to Borges Pereira, several other deposits of private collectors have been gathered here through the years. The museum’s collection assembles...