From the 6th to the 8th of October.
At the “Teatro Municipal Baltazar Dias”.
The MARIOFA Festival returns to the Baltazar Dias Municipal Theater and to the streets of Funchal, in a fourth edition that strongly bets on the tourist-cultural potential of its lineup.
The MARIOFA Festival has become a reference in the sharing and promotion of the puppet art at a national and international level, having been nominated in 2021 for the Iberian Awards in the Best Non Musical Festival category.
MARIOFA's programming offers a set of about two dozen puppet theater performances, from shadow theater, animated forms theater, traditional puppet theater to contemporary puppet theater shows, once again seeking to provoke awe, laughter and, on the other hand, introspection through the art of puppetry among the various audiences (children, families, adults and visitors), thus contributing to the enrichment and innovation of the tourist-cultural offer for residents and visitors. 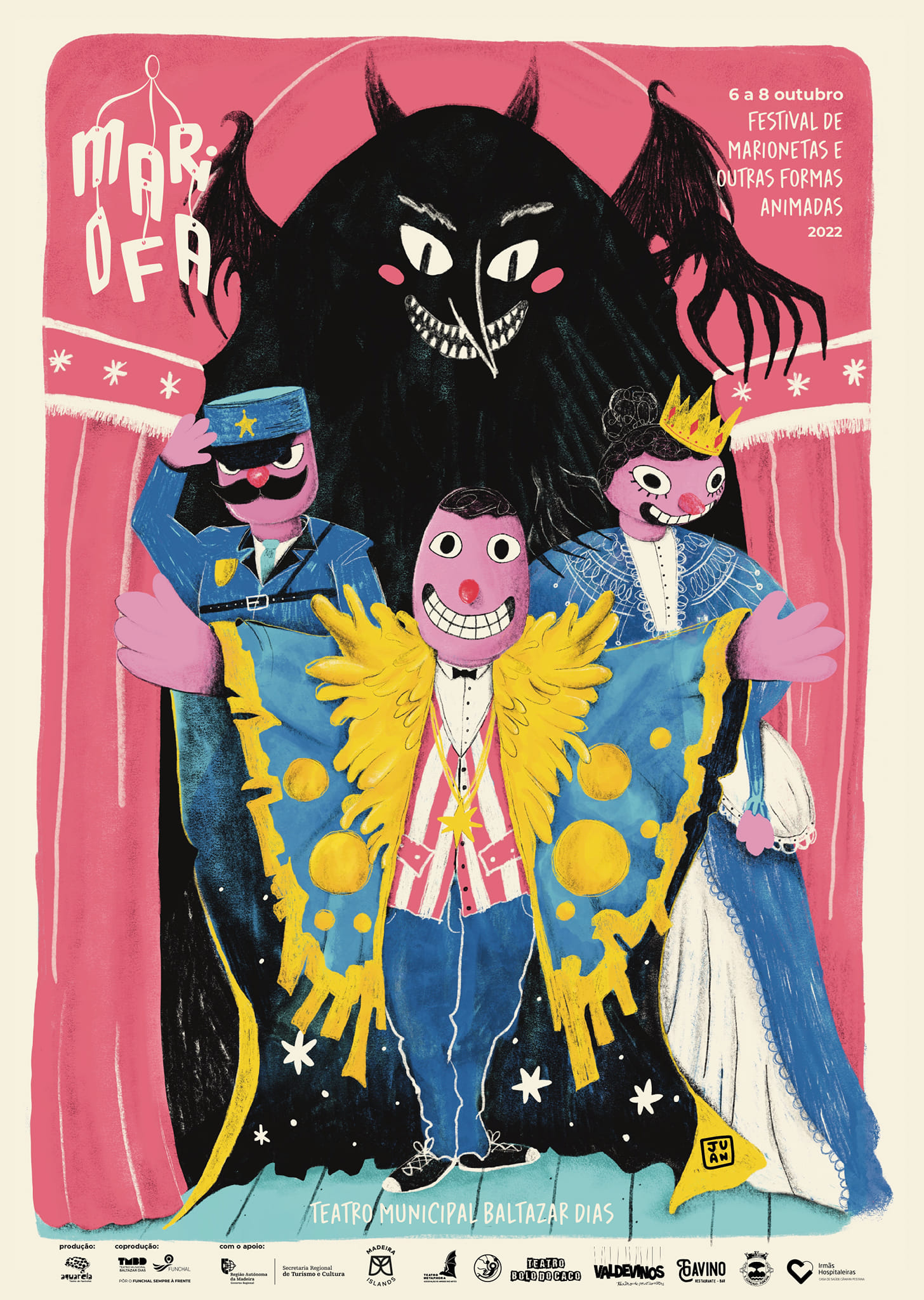