In 1946 the Madeiran Music Academy opened its doors, an institution that definitively brought artistic teaching to Madeira, based on notable teachers and concert players, most of whom belonged to the Lisbon National Conservatory. 228 students were enrolled, divided into two shifts, who presented themselves at “Avenida Arriaga” nº13, the school headquarters, a building with attachments that extended to the neighboring “Rua do Conselheiro” (the female students entered through the Academy main door that faced “Avenida Arriaga” and male students through a door on the opposite side of the building, on “Rua do Conselheiro”). The building was provided by “Firma Blandy Brothers & Cª. Lda.” with a provisional permit, issued by the Minister of National Education, it was allowed to open the new school from October 29, 1946. An official opening ceremony was then idealized. This took place on November 13, 1946 with the presence of many distinguished people from Funchal. The “Diário de Notícias da Madeira” covered the event by reproducing, among others, the speech of William Clode, one of the founding members and the newly installed Director, Maestro Paulo Manso.

In 1949, three years after the foundation of the Madeira Music Academy, the exams were made official by the Ministry of National Education through Decree-Law 37.454, allowing Madeiran students to develop their entire academic career in Funchal (equivalent to the Lisbon Conservatory General Course) without having to travel to the capital for the final exams. «That is to say: from now on, students at the Madeira Music Academy no longer need to travel to take exams at the National Conservatory. The exams are now held in Funchal towards teachers at the Conservatory (Lisbon) and will be fully equivalent to those of the official school in Lisbon.» (…) «Academy students can complete the General Course at the Lisbon Conservatory. Only those who want to graduate in Higher Education will have to take tests in the capital. (…) And one day, which certainly will not come far, the Madeira Academy of Music will be made official: at that time the exams will be held before its own teaching staff, without the intervention of teachers from Lisbon.» (In Diário de Notícias da Madeira from 9 July 1949)

As a result of the Madeira Concert Society initiative, the Music Academy had the General Board of the Autonomous District of Funchal support, President Dr. João Abel de Freitas. This support, in addition to being financial, was public and active, motivating Madeiran society in this new challenge and design: the opening, development and consolidation of a high-level music school. Álvaro Reis Gomes, wrote about the new music school in Madeira the following: «Everyone understands that it is no longer possible without musical education accessible to the rich, the remedied and the poor, to foster vocations and support them, when they really exist, in order to raise the artistic level of Madeira Island, the birthplace of notable musical artists such as Luís de Freitas Branco, art composer and professor at the Lisbon Conservatory and his cousin Pedro de Freitas Branco, famous conductor of world-renowned orchestra…» (…) «The State does not direct, direct or finance that educational institution, but has the right to supervise it and to appoint presidents for the respective juries, provided that it recognizes in its exams the requested validity and the necessary equivalence to the official schools in Lisbon and Porto. The Madeira Academy is maintained by the Concerts Society - whose Board of Directors presides over the President of the General Board itself - and directs it under the administrative aspect, Mr. Dr. William Clode, Eng. Luiz Clode and Coronel Santos Pereira, all of whom are very enthusiastic about the artistic progress of their island.» (In Diário de Notícias da Madeira September 7, 1949)

All subjects started in the academic year 1946, with the exception of the cello, which would develop its effective expression in the learning class, starting in 1948. As a private institution, tuition fees were borne by students and their families. However, a 10% quota was allocated to students, who were proven to be poor, who could attend the Madeira Music Academy free of charge. 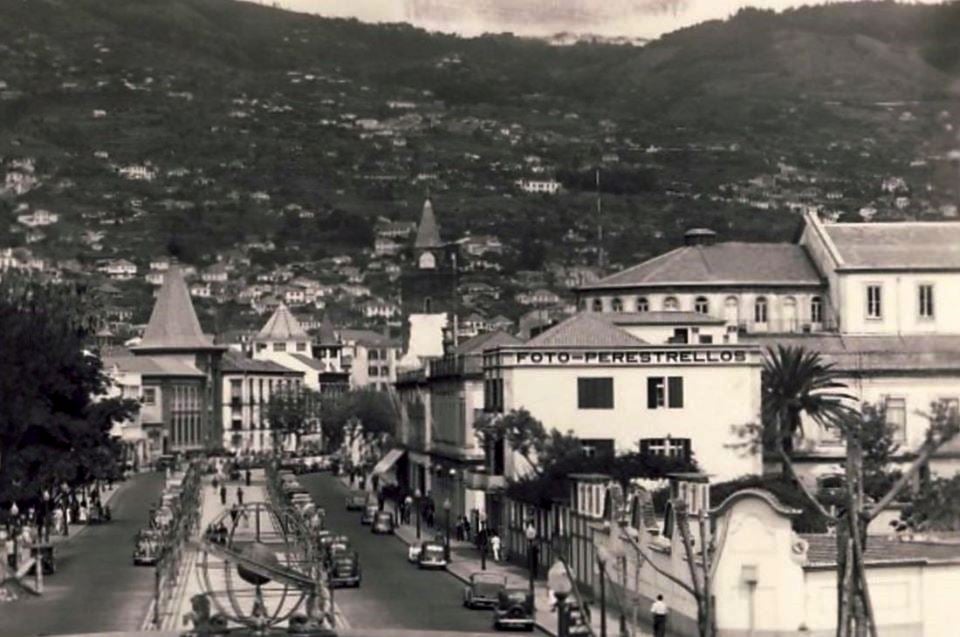