Pilgrimages are distinguished from other religious festivals by the character of pilgrimage, the route taken by the faithful, the “pilgrims”, to the sanctuary where the festival is celebrated, on foot, on steep paths and shortcuts, equipped with a staff, a symbol that identified them.

Along the way, they used to compose the "Raminhos das Romarias", with fresh flowers that pilgrims would find along the way and put on their chest or hat. Arriving at the church, it was tradition to kiss and brush the branches in the “holy party”. These plants were kept, because, due to the contact, they believed that they became blessed, symbolizing the acceptance of their miraculous power.

On stormy days they were placed in a burning container and the ashes were thrown into the wind in order to calm the storm.

It was also believed that they got rid of "maladies" (diseases) and attracted fertility and motherhood.

There were other types of “Raminhos de Romarias”, made with dry flowers (perpetual wild flowers, rosemary of Our Lady, myrtle, boxwood, basil etc.), which were sold in the festivals. Some were dyed with natural dyes and carried a kind of thread between the flowers, made from the core of the reeds, which are born in the streams. After being acquired, the faithful brushed them in the saint to become blessed and the boys used to offer them to the brides or put them in the oratory. 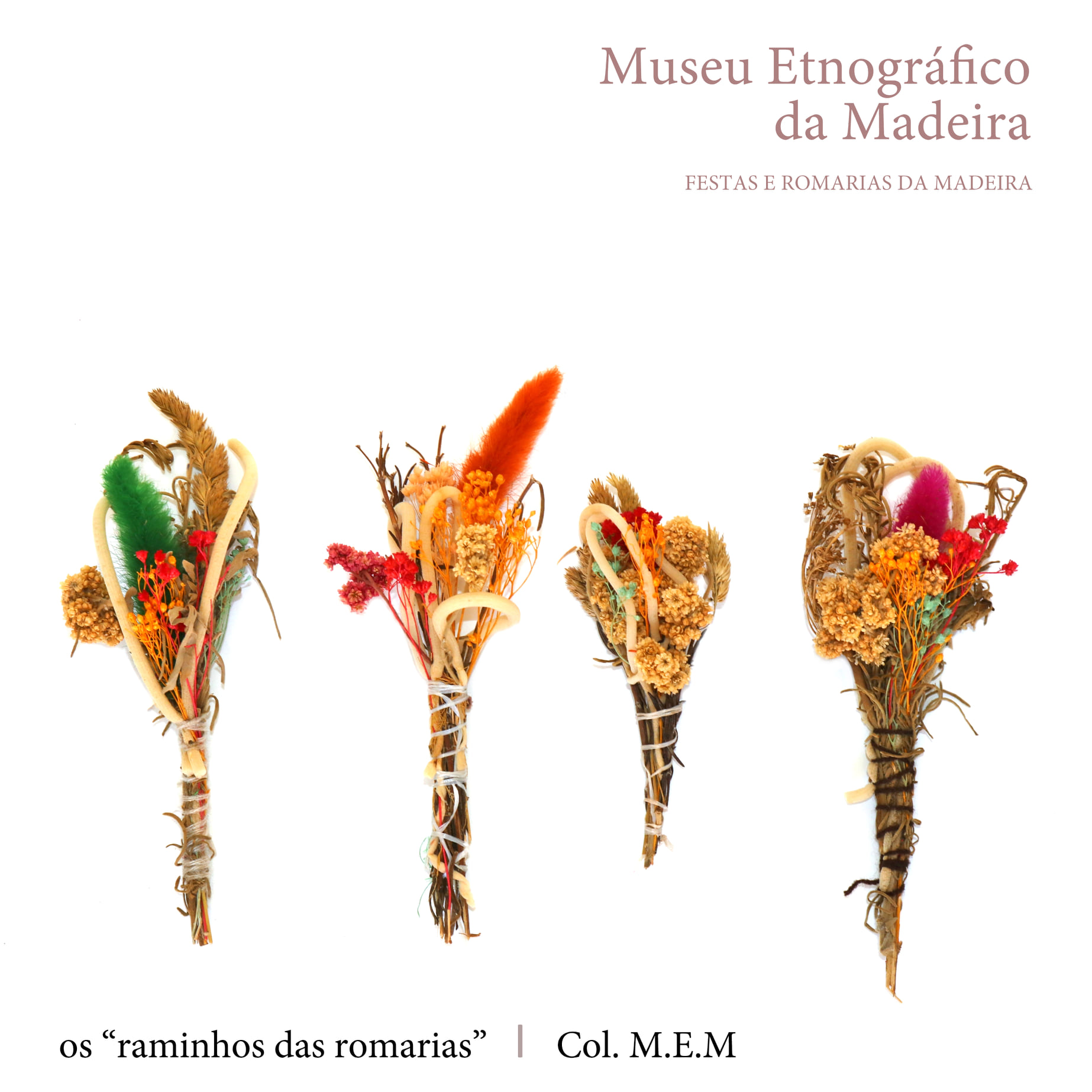