"Ínsula" is the name of the short film that marks the cinematographic debut of Madeiran designer André Pereira. This visual production promises to captivate the attention of its audience from the start until the very end of the performance.

Conceived during the pandemic, its name is the conjunction of the words : isolation and island.
It tells the story of a man who begins a journey of self-discovery. He appears to uncover a new vision of his island as if he sees the place for the first time. This is certainly a story that goes into the cultural identity of Madeira, through its traditions of embroidery, folklore, legends, flowers, the flowers, and the landscapes.

The journey takes place over the course of one year. It is a year full of diving in deep, into the ocean which inspires the main character to rediscover the power of the island's culture. He finds the island so close to his heart and yet seem so far away.

In his visions he sees himself being made like an interweaving of a strong and robust wicker. He sees himself in the womb, in the woman, in all the beauty and lightness that flowers brings to the spirit.

He then confronts his past and his future, in a ballet between aspects of his personality, as he strengthens his character with each stitch of embroidery, with each line, with each stroke and each trace. At night he embraces the fire and the mystical legends he has always been told. But, before finishing the crossing, he sees the island, he sees love, and the gentle cradle that makes him swim even stronger to reach the shore.

Thus is the journey of the discovery of his roots, where he finds the strength to face the ocean where the visions of his homeland and the port he longs to reach unfold before his very eyes. 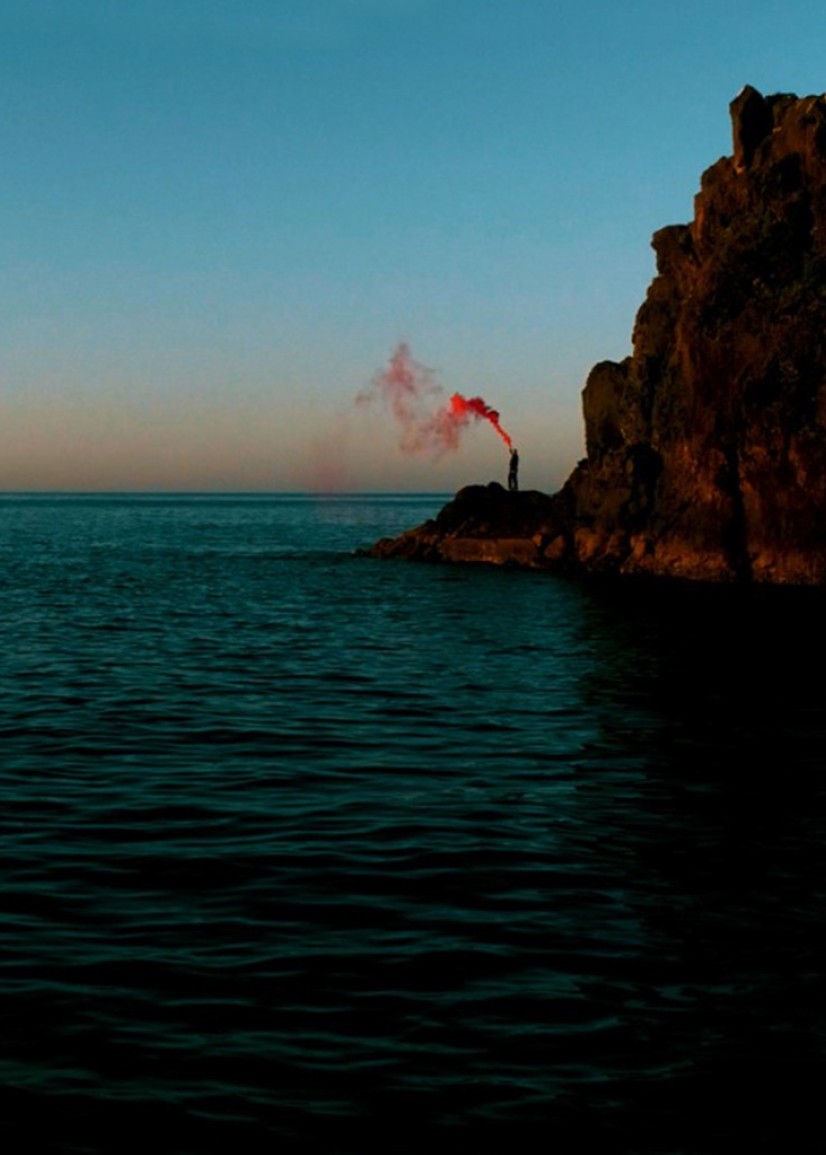