"Atlas da Boca" is an exploration by two trans artists about focusing on the mouth as a place of intersection between words, identity and voice, in public and in private, through eroticism and in politics. The work seeks new narratives by exploring the entry point of an open mouth, and the outward expression through the mouth. This show in which dance portrays the thoughts that are inscribed within the body.

Atlas da Boca discusses this symbolic space, where the mouth becomes the interface between the public and the private worlds, between the erotic and the political, between silence and the eternal word. It is in these situations that the word becomes identity, affection, faith, and laughter. Like babies discovering the world by putting everything in their mouths: to know the taste of the floor, the flavour of the house keys, or of their mother's hair. We grow up and the mouth becomes a place further and further away from the hand, more far-fetched, sober and yet superb. In this collection of words that move from the mouth to the outside world and the mouth to the inside, Gaya de Medeiros and Ary allow some words to overflow in a very horizontal and unpretentious relationship with the audience.

The performers let themselves be carried away by the stories their tongues invent as they roll towards the sacred that exists on the roof of the mouthes. As if they are like babies passing their existence into their mouths and tasting flavours for the first time.

This play was elected as one of the best shows of the year by Expresso in 2021 and was recently on stage at the D. Maria II Theatre. This is the first time it is being presented on Madeira Island at the Aqui Acolá Festival. 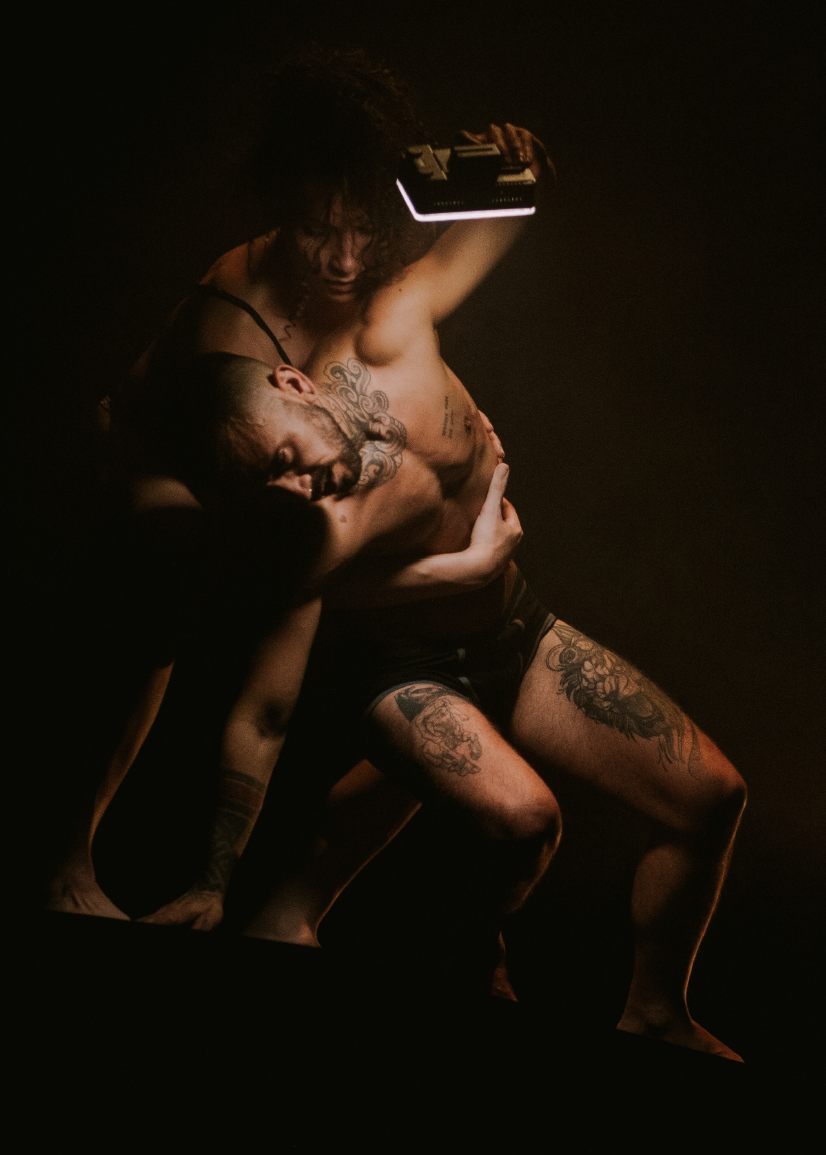