The “old” year is personified by the boy Vicente Ângelo Gomes da Silva who was, in his adult life, photographer and manager of Photographia Vicente, and the “new” year is represented by his half sister, the girl Maria Julieta Henriques Gomes da Silva, both grandchildren of the commercial house founder. 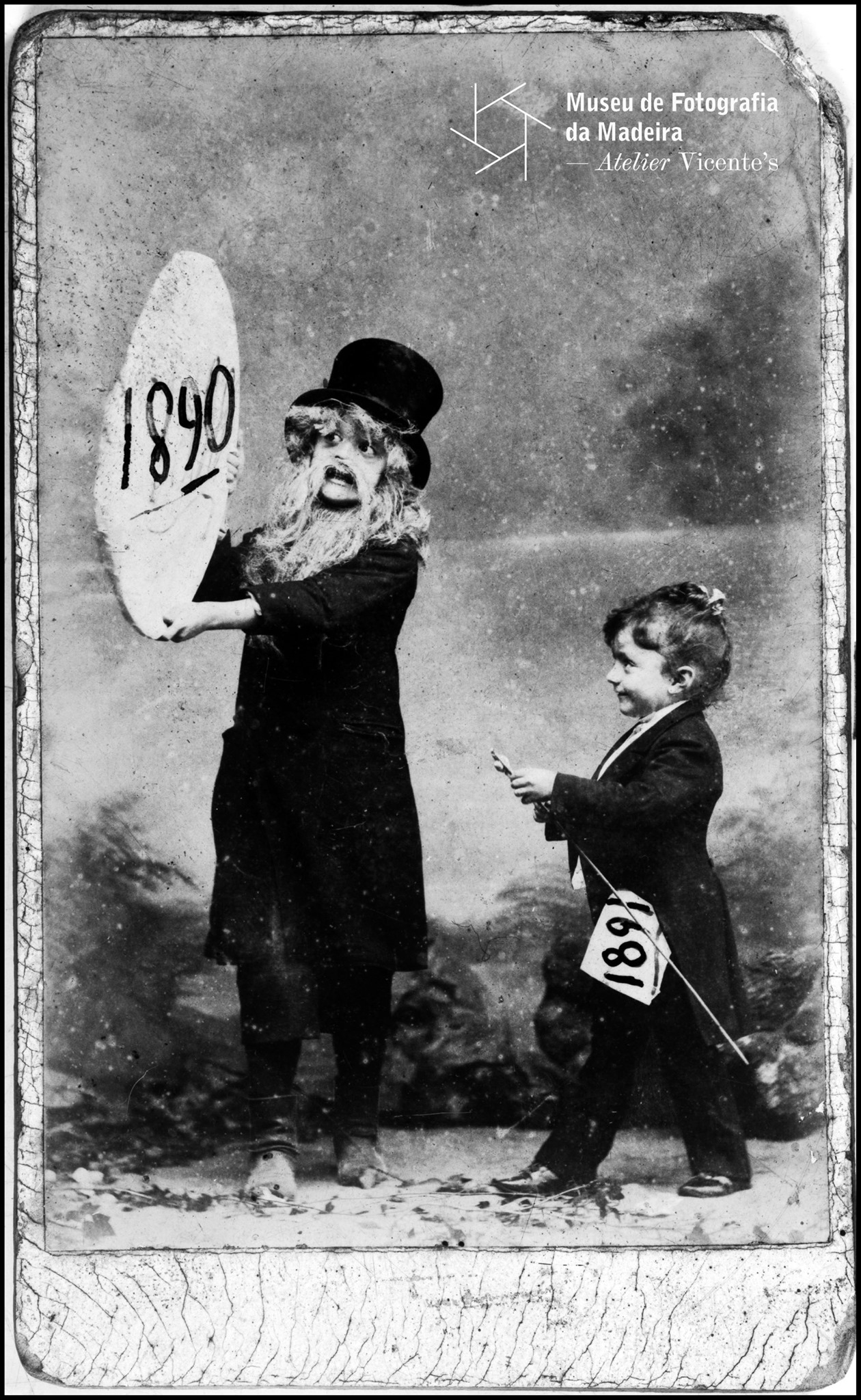