“Traces of wood - The Art of Wood Inlay”

Madeira Island has a dense forest, therefore since the beginning of the colonization the settlers resorted to raw materials which the environment made available to them, for the construction of numerous utilitarian, decorative, playful or religious artefacts. Consequently, the manufacture of tables, safes, boxes and other artifacts in inlaid wood, was one of the activities that emerged and had a significant expansion and expression on the island.

Madeiran wood inlay is unique. The colors are natural, using the best woods found in our Laurel forest, which clearly distinguishes it from industrialized works, in which dyes are used. From the various species used, different shades are obtained, which embellish the ornamental designs.

With the temporary exhibition “Traces of wood - The Art of Wood Inlay”, the museum sought to enhance this material and immaterial cultural heritage, publicizing the works of different inlay masters who, over the centuries, have dignified this art in the Region.

This object, inspired by an ancestral playful artifact, the “yoyo”, is a piece of modern craftsmanship, by Luz Ornelas. With a degree in Timber Engineering from the Viseu College of Technology, the artisan started her activity at the Madeira Embroidery, Tapestry and Handicraft Institute (now IVBAM) in 1995, where she currently teaches. A renowned artisan, she has participated in exhibitions and contests at regional and national level and her works include a wide variety of objects, both decorative and utilitarian, namely jewellery boxes, trays, book markers, knives for cutting paper or even cribs.

The “yoyo” is a very old toy, consisting of two discs, in this case, made of wood, but which can be made of other materials, such as metal or plastic, and which are joined, in the center, by an axis, to which a string is attached. When we drop the yoyo, it goes up with the impulse, and the string coils, falling and rising, successively, until the initial impulse ends. 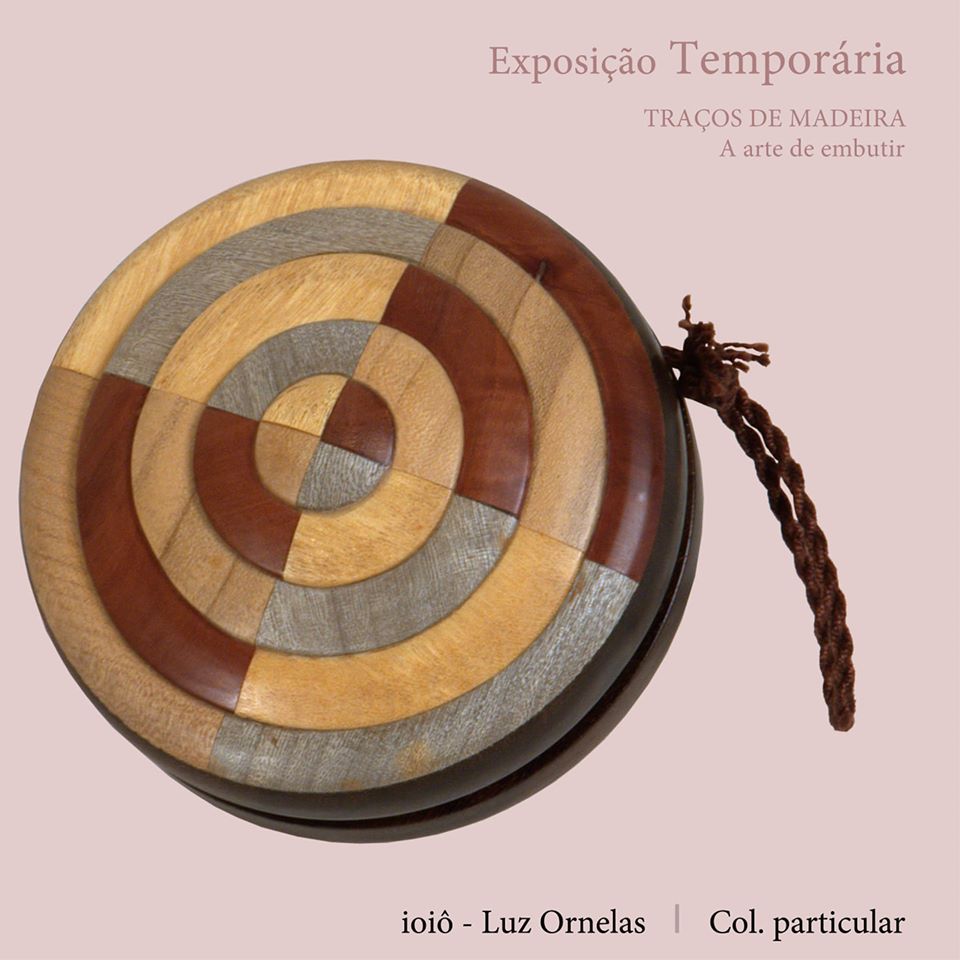