The stamps present compositions of several images from Photographia Vicente and current photographs, captured by Marco Gonçalves, professor at the Museum's Educational Service. The stamp for national shipping presents an image of the atelier of Photographia Vicente, captured in 1913; the studio camera built in 1885 by Vicente Gomes da Silva Júnior, with intermediate frame and Dallmeyer 3-B No. 1 1 656 lens; and a Voigtlander Bessa camera, dated from 1929 to 1956.

The stamp for shipping to Europe is illustrated with a current image of the permanent exhibition entrance staircase of the “Museu de Fotografia da Madeira - Atelier Vicente's”, a portrait of Vicente Gomes da Silva, Júnior (1857-1933) and a Kodak camera No. 3A Folding Autographic Special, 1916.

The main facade of Photographia Vicente's headquarters, on Rua da Carreira (image taken between 1913-1920), appears on the postage stamp for the rest of the world; a 1957 Polaroid Land Model 95 B camera; and the Rolleiflex E camera, dated 1956.

The philatelic block features a single photograph, with the current appearance of the atelier of the Madeira Photography Museum. On the left frieze, there is also a Kodak No. 2 Folding Autographic Brownie camera.

This philatelic collection, designed by Túlio Coelho from Atelier Design & etc, can be purchased at Restauradores stores in Lisbon, Municipality II in Porto, Antero de Quental in Ponta Delgada and Zarco in Funchal. 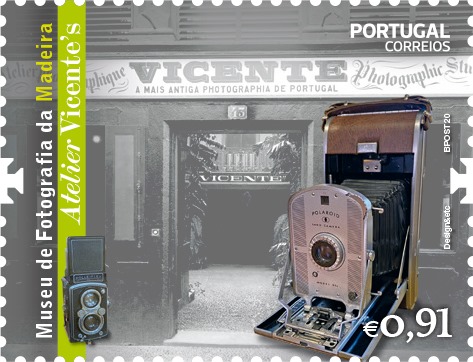 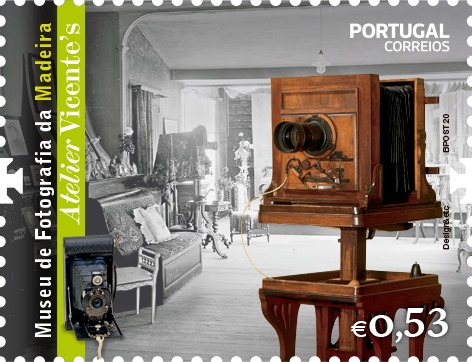 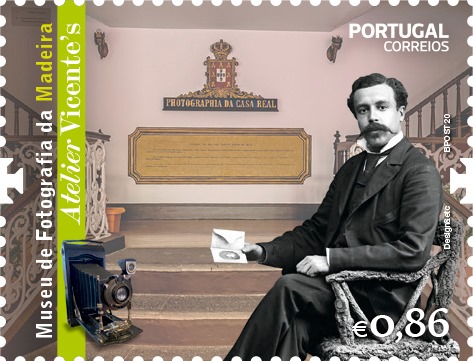