On World Book Day, we share with you the editorial project of the “Museu Etnográfico da Madeira”, the collection "Cadernos de Campo", publicizing its objectives and contents.

In addition to the editions, the project included, in these three years, the presentation of a temporary exhibition on the same theme and the organization of different workshops and lectures, with the participation of specialists from different areas and various artisans, guided by the technicians of the Museum Educational Services.

The “Cadernos de Campo” collection, has as main objective to bring to the public, as the graphic design and the name suggest itself, the result of the research work carried out by the museum, in field work, for the collection, inventory, preservation and dissemination of the our material and immaterial cultural heritage.

These editions are not intend to be exhaustive theoretical studies of the subjects, but, essentially, ethnographic studies, disclosure of tools, techniques and rituals, collected in field work over the years, for study, inventory, exhibition and disclosure.

These works have, as one of their main objectives, to safeguard and disclose the ancestral “know-how”, associated with various traditional activities, testimonies of our intangible cultural heritage, also stimulating potential young people interested in continuing some arts, which is why in these editions, we favor photography and illustration in a creative way, presenting, in a detailed way, the operating chains for making the artifacts.

The books have texts, photographs and illustrations, by the technicians of the museum, bringing to public the work that the whole team develops at this institution.

It was, in the first place, a tribute to all the artisans who collaborated with the museum over the years, transmitting their “know-how” to us. By allowing us to survey the entire operational chain of those artefacts, which today are part of the museum's collection and which constitute precious testimonies of our material and immaterial cultural heritage, they contributed decisively to safeguard our “Identity”.

Scallop cane, rock cane or kingdom cane, a plant disseminated throughout the archipelago, was a raw material used in the production of numerous artifacts, namely basketry, toys, musical instruments, weaving utensils, cages, traps and others utility tools. The production of artifacts presented in this edition has a long tradition in our Region. With the technological evolution, many of these artefacts lost their utilitarian value, which almost led to the extinction of this artisanal activity, with very few artisans producing them, which is why it was intended to value and publicize these traditional artisanal activities, but are at risk of extinction, calling for their preservation.

"WOODEN TRACES - THE ART OF BUILT-IN"

Nº 2 of this collection was published in 2018 and aimed to promote the art of inlay, with a centuries-old tradition on the Madeira Island.

Since the island has a dense grove, since the beginning of colonization, the people resorted to this raw material, which the environment made available to them, for the construction of numerous utilitarian, decorative, playful or religious artefacts.

The manufacture of tea or game tables, desks, safes, boxes and other artifacts in inlaid wood was one of the activities that emerged with the exploration of wood and had a significant expansion and expression over the island.

The date on which this type of pieces will have started to be crafted is unknown, but the news of the existence of inlayers on the island goes back at least to the 17th century and there are known works of art, with high quality, executed by masters of this craft who, skillfully, used the indigenous woods of our Laurissilva forest.

But although there are news about the art of embedding in the 17th and 18th centuries, its golden period was in the second half of the 19th century and the first half of the 20th century, a time when works with high quality were conceived, with emphasis on the works presented in 1850 at the “Exposição Industrial Madeirense” and the works conceived in the workshop at the “Escola Industrial António Augusto de Aguiar”, where great masters were trained.

With this edition we intend to enhance this cultural heritage, publicizing the works of the master builders who, from that time to the present day, have dignified this art in the Region.

In Madeiran, the tones are natural, using the best woods on the island, which clearly distinguishes it from industrialized works, in which dyes are used. From the various species used, different shades are obtained, which embellish the ornamental designs, valuing these pieces. For this reason, we also dedicate a chapter to the different species of our laurissilva forest, crossing botany with ethnography and valuing and promoting the three types of heritage: the natural heritage and the material and immaterial cultural heritage.

This edition, which began in 2003 in fieldwork, which continued until 2019, resulted from the study and registration of festivals and pilgrimages, testimonies of one of the richest manifestations of our popular culture.

Some of the most significant festivities in the Madeira archipelago were selected, using the criterion of one festivity per municipality, with the exception of Machico, in which two were chosen, due to their specificity and relevance.

This project's main objective was to collect, safeguard and promote this intangible cultural heritage of the “Região Autónoma da Madeira”, contributing to the affirmation of Madeira's cultural identity.

In the archipelago of Madeira, religious parades and pilgrimages are celebrated in all parishes. The pilgrimage is a popular journey to the place where the saint is celebrated. They usually originate in a legend, or in the first colonizers, because they brought their devotion saints with them, who became the protector saints of a certain locality.

In Madeira, in all parishes these religious events are celebrated, which are consecrated to God, the Holy Spirit, Our Lady and the saints, entities represented in this edition.

Its sacred and profane characteristics, which distinguish and identify them, are the study object of this edition. Among the sacred rituals we have the celebration of novenas, confessions, mass, promises and the procession. After all the religious rituals have been completed, the pilgrim gives himself to entertainment, the camp, the profane part of the party, a space where people dance and sing, eat, trade, date and strengthen social ties.

Because the works in the “Cadernos de Campo” collection intend to constitute themselves as didactic instruments, whose objective is to safeguard the intangible cultural heritage, seeking to make known the traditions that are part of our identity, some operational chains for the manufacture of artifacts are presented related to these festivities.

The ornamentation of the churchyard and public streets, with flags, greenery arches, flowers and multicolored lighting strings, is a constant in all Madeira localities. The museum technicians carried out a survey, carried out in different municipalities on the island, which aimed to collect and enhance the “know-how” associated with this appropriation of space.

Some recipes of delicacies are also disclosed, which can be consumed in the festivities and which are part of traditional Madeiran gastronomy.

It is intended, with the dissemination of these “gestures and techniques”, to transmit these testimonies, giving them continuity. 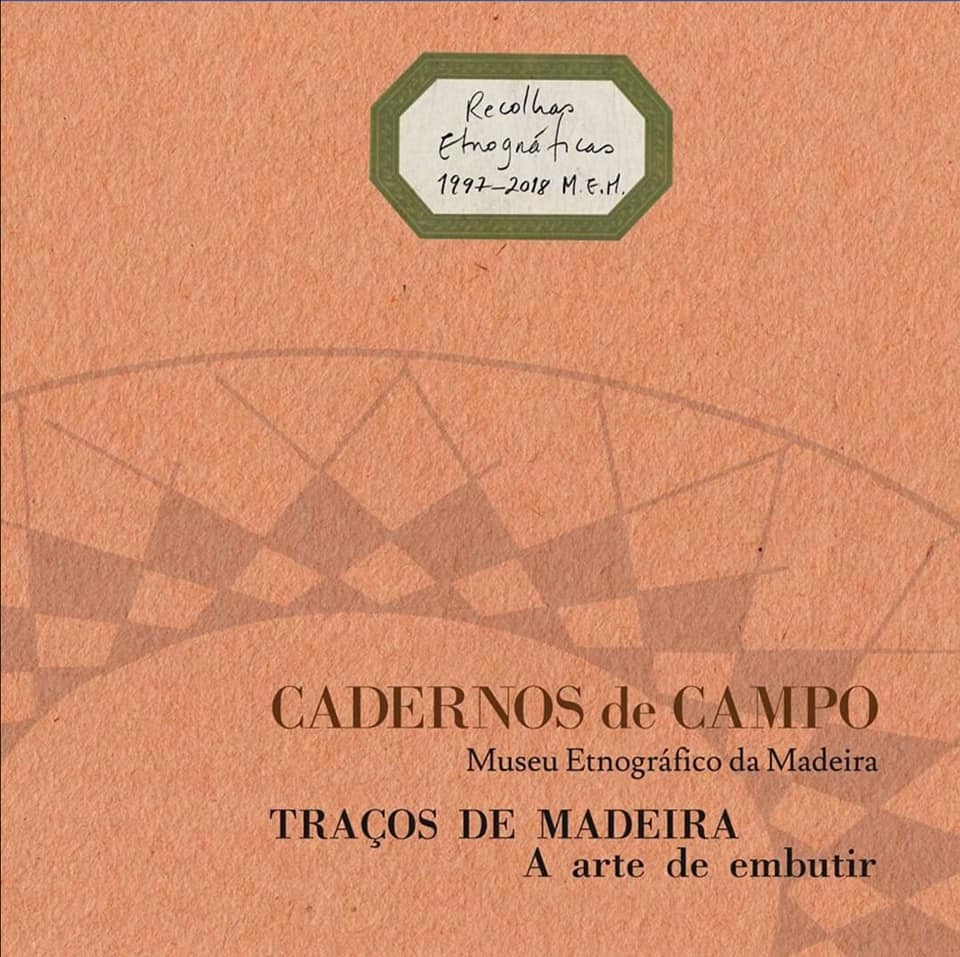 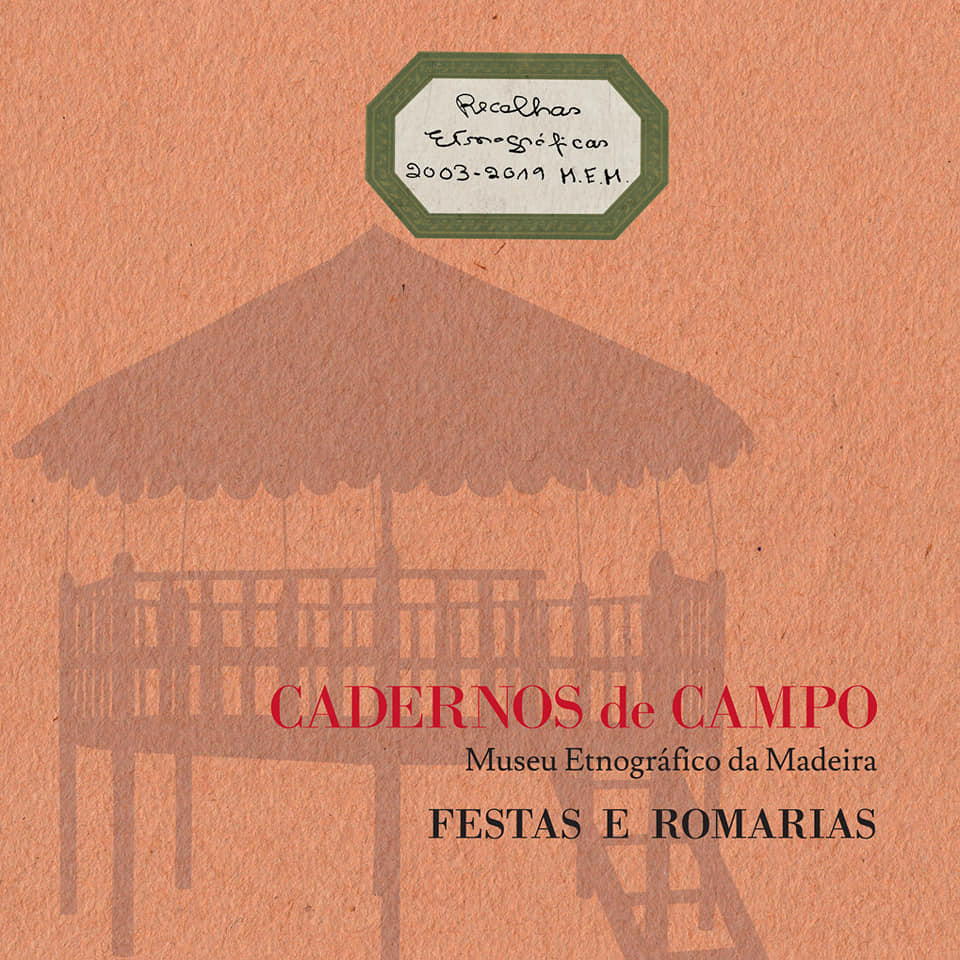