São Pedro is usually represented with sharp lines, with frizzy hair or partially bald, a short beard, wearing a blue tunic and a yellow mantle. The yellow color alludes to gold and confirms its importance, but it is also the color of betrayal, remembering what he committed by denying Christ three times, before the crowing of the rooster.

Peter was born Simon, in Galilee, and in Rome, he founded and presided over the Christian community, the base of the Roman Catholic Church. Jesus called it Kèpha, stone in Hebrew, word that originates Peter, meaning the stone on which the church was founded. As the pillar of the Church, Christ promised him the keys to heaven. He was a fisherman and for this reason he is the patron of this profession and also of the porters, key makers and watchmakers. Its attributes are the keys; the rooster that evokes the episode of denial and the book that symbolizes its evangelizing role.

He led the Jerusalem Council and began a missionary work, traveling and devoting himself to the conversion of pagans. Sentenced to death, he considered himself unworthy to die like Jesus, asking to be crucified upside down, which happened in Rome, between the years 64 and 67 A.D. His remains are sought in St. Peter's Basilica. 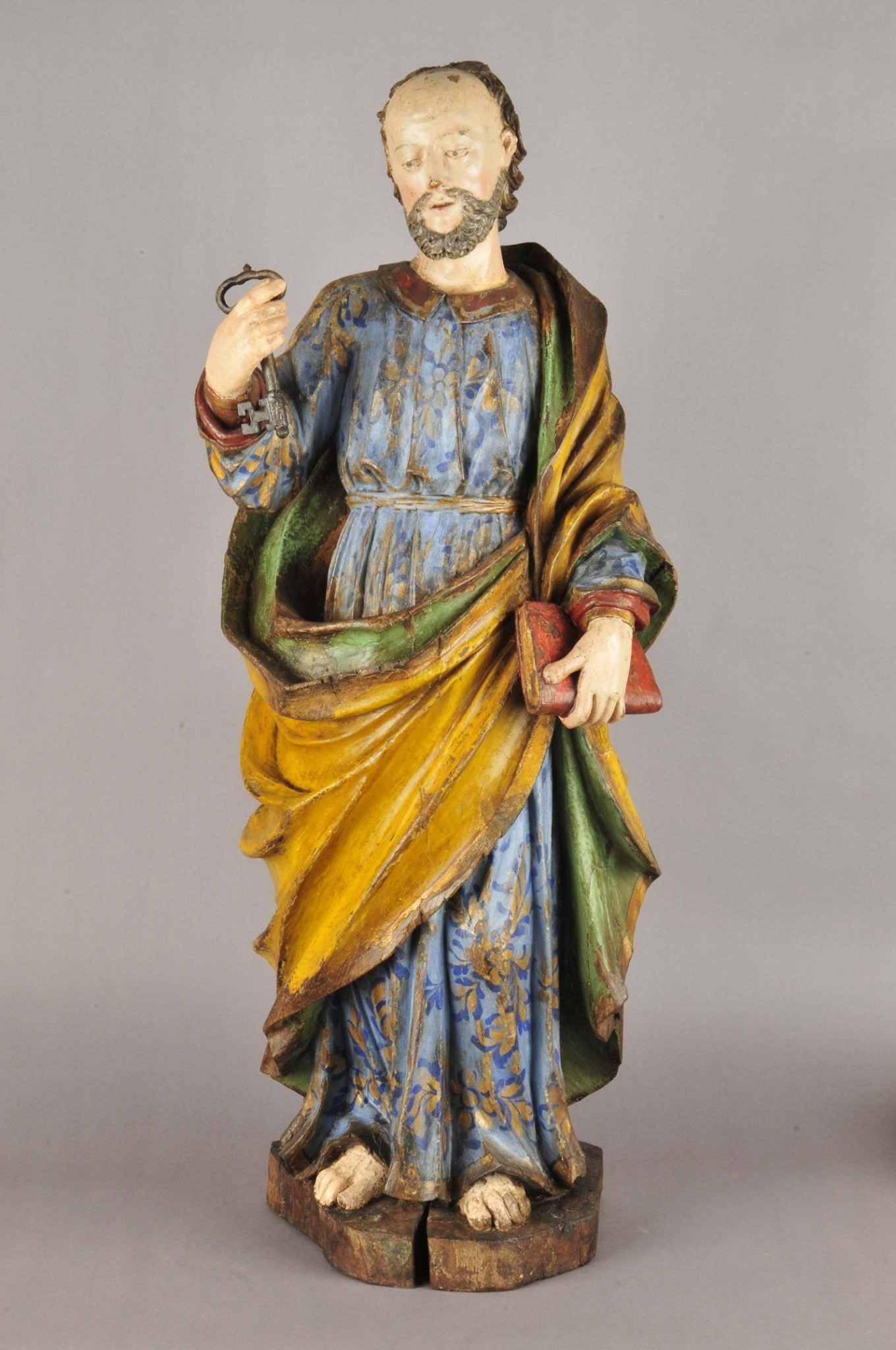