The art of cut-out paper has its origin in China, long time ago. Initially, paper was a precious asset, accessible only to the wealthiest classes, but in the 4th century it became a popular art with utilitarian and decorative purposes.

On the 7th century, this art spread around the world, reaching Japan, the Middle East and later Europe, where, on the 17th century, acquires peculiar characteristics in different countries and develops mainly in monasteries and religious institutions. References to this art in Portugal usually arise in this context. The use of paper was still a luxury accessible only to the wealthiest ople and the cut papers constituted a primordial element in the art of ornamenting and presenting the conventsweets.

However, there are authors who also refer to a possible Jewish influence, since the migrations of Jews were a significant movement in the 15th century, when many settled within our country.

The question arises, then, whether this art, currently of popular feature, will have its origin exclusively in convents, because it goes far beyond the scope of the confectionery adornments. Some authors refer to so many other uses, namely records of saints, adornments of candlesticks, lanterns, dolls, portraits, stars or parrots, garlands and arches of pilgrimage, branches and flowers. Or, also, "petitions" and white stamps, altar palms, reliquaries, toys, balloons and lamps, flags, portrait adornments, curtains and table naperons.

When paper spread across Europe and its acquisition became accessible, these cut-outs began to be used in decorative friezes, placed on the whitewashed walls, and also in furniture, particularly in cabinets and shelves.

With the evolution, these paper friezes began to have patterned drawings, printed industrially, like those existing on the shelves of the traditional kitchen of the museum. Widely used, until some time ago, on the shelves of domestic units of our rural areas, it had several motifs and were usually sold in traditional grocery stores. 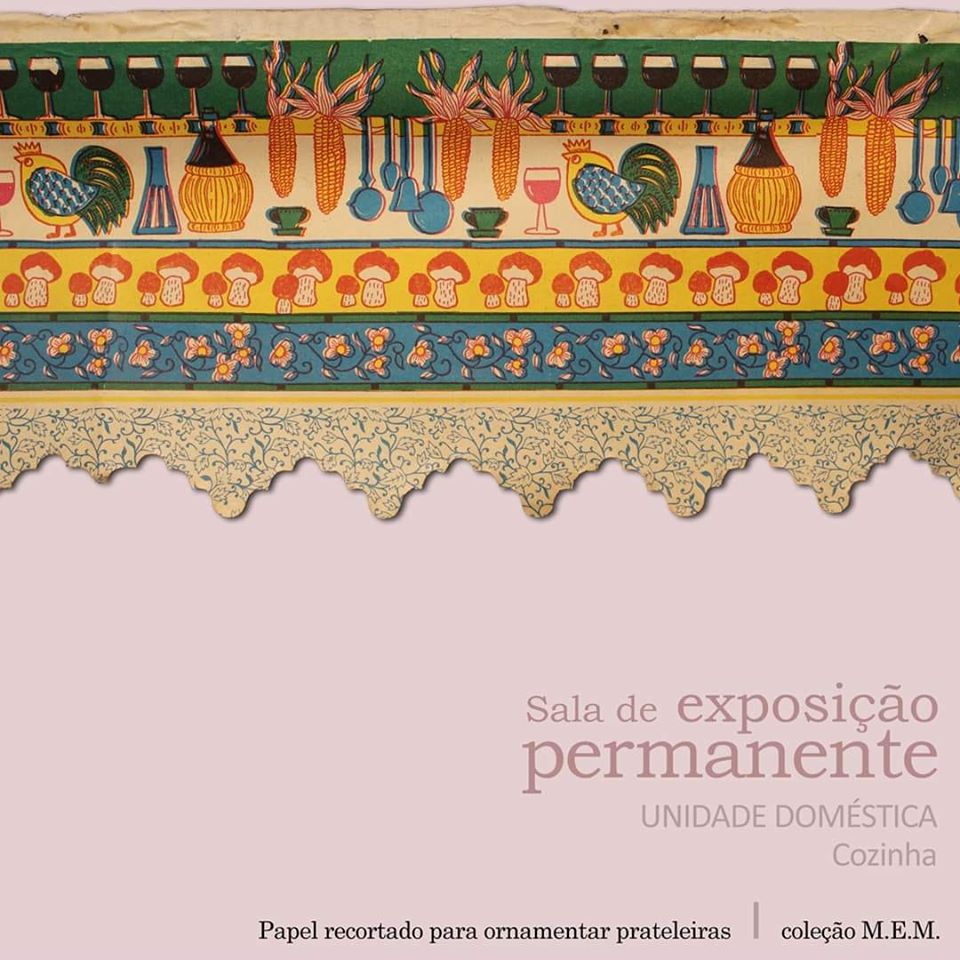