After threshing the grain, carried out on the threshing floor, the grain was cleaned. After the threshing machine (“American machine” or “iron”) appeared, this operation was mechanized, using the so-called “fan” or “tarara”, driven by a crank.
Given the land terrain, its difficult accessibility and lack of financial resources to purchase that equipment, there were itinerant groups that took these machines to customers, announcing their presence with the sound of a conch. They chose a place where these machines were placed, and the population went there to proceed with the threshing and cleaning of their cereals, the payment for this service being generally made in kind, that is, the thresherers kept part of the threshed cereal.
Bibliography: “BRANCO”, Jorge Freitas, “Camponeses da Madeira” – “As bases materiais do quotidiano no Arquipélago” (1750-1900), “Publicações D. Quixote”, Col. Portugal de Perto, Nº 13, Lisboa.
The Museum's collections. Cereal Cycle.Threshing.
Credits: Museu Etnográfico da Madeira 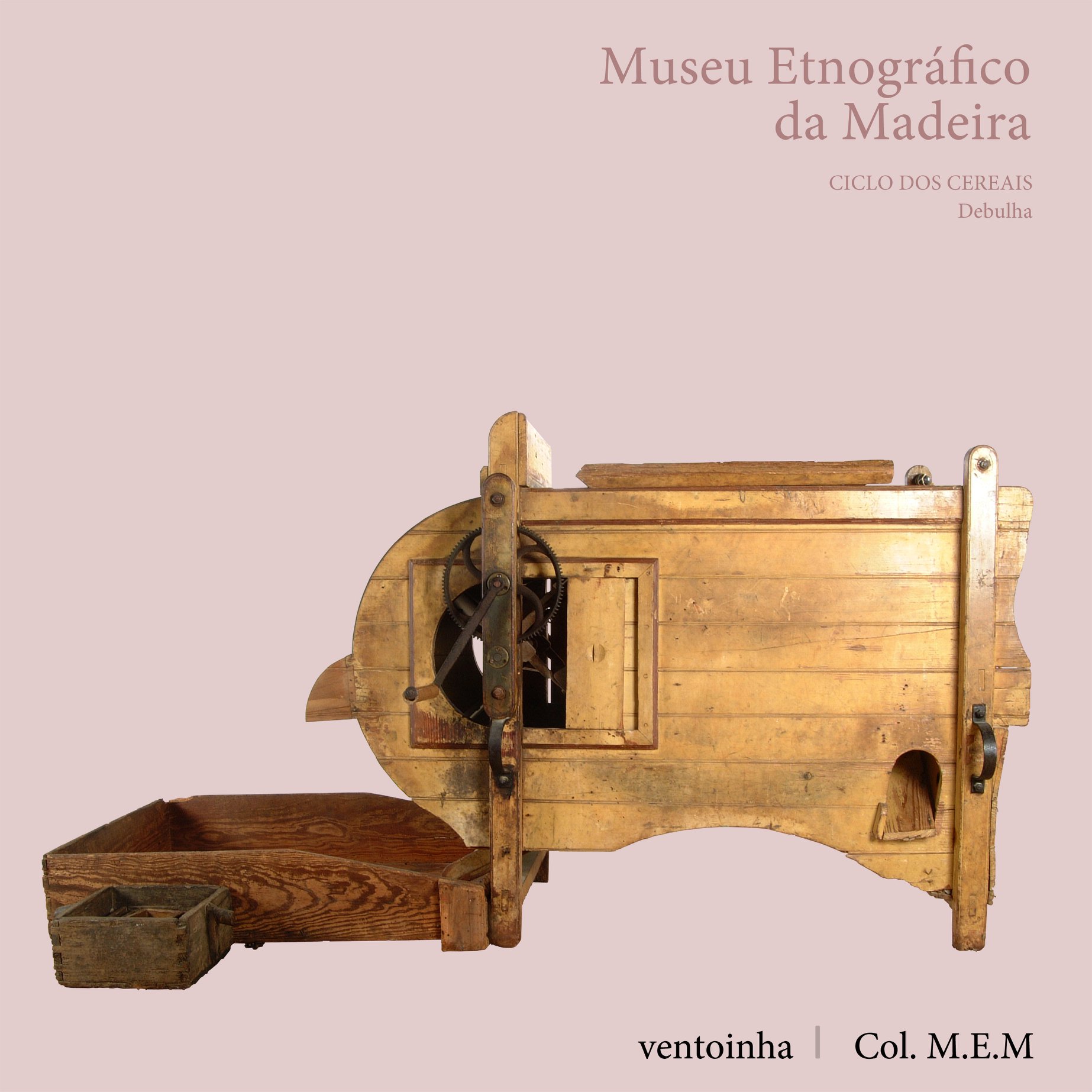