This piece is a clay miniature of a "squeaky car", a cargo transport car that was so called by the "squeak", that is, the noise it made when it circulated. In Porto Santo, it was known as "ox carts" and was widely used in the transport of grapes during the harvest, as well as in the transport of cereals.

The author of this piece, the potter José de Jesus Vasconcelos, followed the art of his grandfather, Manuel António Telo, born in parish site of Lapeira, who made the traditional clay figurine to ornament the holy cribs.

He learned the craft in his childhood and, although his basic profession was different, he later returned to dedicate himself to this art.

Self-taught, he has perfected himself over the years and, following tradition, he nevertheless sought to innovate, both in the technique used and in the morphology of the pieces. The raw material, which used to be extracted in Porto Santo, started to be imported from Lisbon.

He abandoned the traditional "shepherds" used to decorate the traditional rock-shaped holy cribs and started manufacturing a figurine with more modern characteristics, such as the Bacchus god, the "Lady of Oh", the popular saints, but also figures inspired by traditional professions and reconstitutions of everyday scenes. 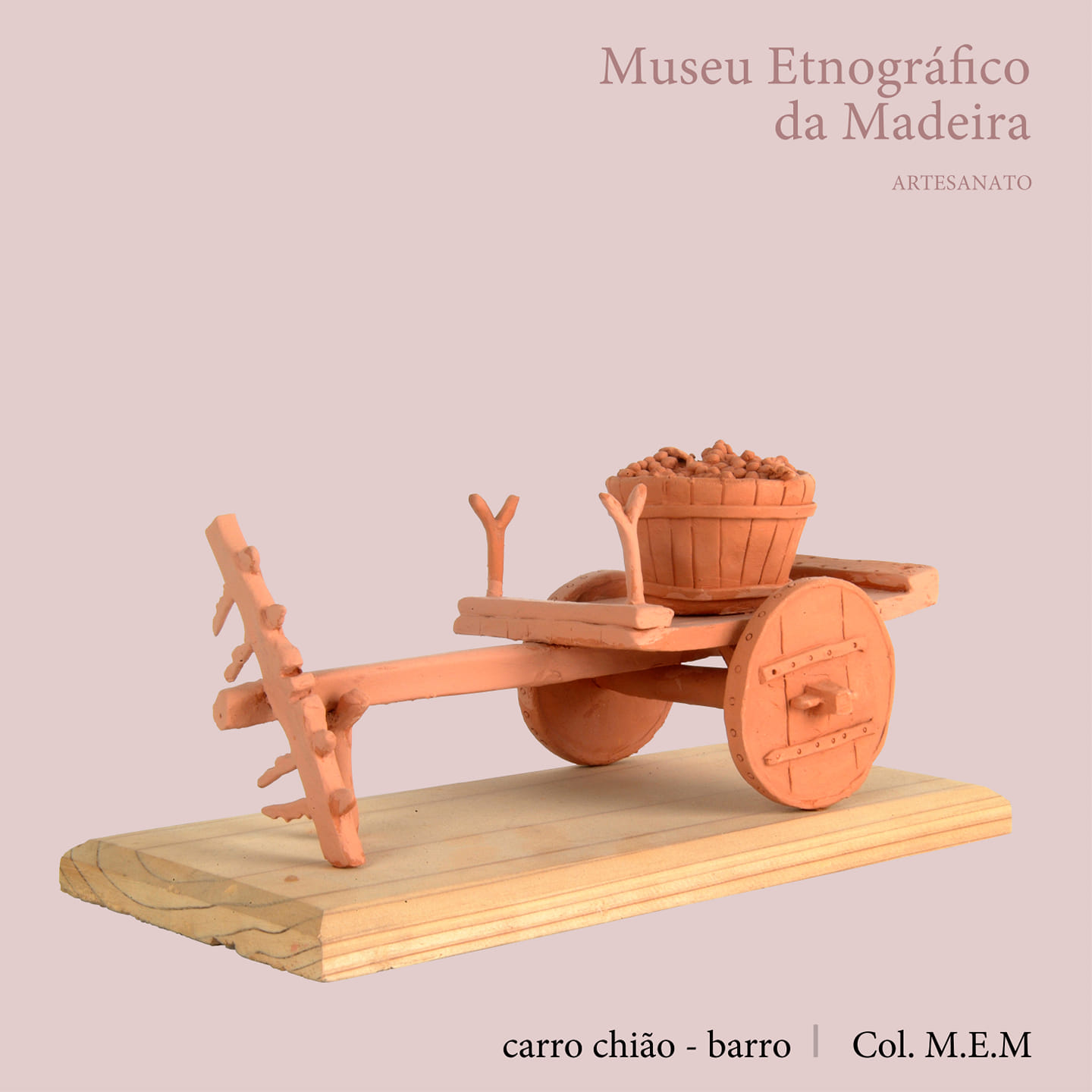