Martha da Cunha Telles was born in Funchal, in 1930, within a traditional family, daughter of the lawyer Alexandre da Cunha Telles and Anne Kristine Stephanie Wera Beranger Cohen, a Danish lyric singer and singing teacher, who studied in Paris. The family resided in Funchal, at 188 Rua da Carreira, an urban mansion destroyed to make way for the current Colombo Guest House.

She began her apprenticeship, in the field of painting, with Max Römer, later joining the painting course at the Lisbon College of Fine Arts. Between 1963 and 1965, she received a scholarship from the Calouste Gulbenkian Foundation, in Paris, where she studied painting, under the guidance of Maria Helena Vieira da Silva, and Sociology of Art, at the Sorbonne. In 1968, she moved to Canada, where she continued her studies, completing the course in Plastic Arts at the University of Quebec. Few years later, she became a Canadian citizen and returned to Portugal in 1983, maintaining dual nationality.

The painting of this Madeiran artist is, for the most part, a profound record of her own island experience, a return to childhood and adolescence, marked by the tutelary presence of a general grandfather, the singing mother, the brothers, the trips, the death and its mourning, the boxwood gardens of her manor house in Monte, circumstances that impressed Agustina Bessa Luís, who, in the work by Martha Telles O castelo onde irás e não voltarás (“The castle where you will go and will not return”, 1986), observed "(...) For Martha, the house of Monte was like this castle that in summer was filled with laughter and projects nourished by family tradition. The three sisters, Otilia, Louise, Eugenia, and little António on the way, for whom the affections overflow, seem to belong to a Bergman cast. I don't know how Martha's brother, who became a filmmaker, never remembered that. Martha's painting itself is Bergmanian. Although they describe it as abstract figurative (so said Vieira da Silva, who guided her in the days of Paris), although she calls herself a magical realist, I see the performance of a Bergman in her paintings. First, the oneiric event that drags everything, both from houses and tombs, with a formidable call for resurrection; then, the attempt to seduce time, capturing it as a vast and harmless celestial body, around which passions and destinies revolve, without, however, containing death as a dispersing element. Death agglutinates, it does not disperse."

For Martha Telles, her painting "is a language of silence", a perception reaffirmed by Maria Antónia Fiadeiro in the text she dedicated, in 1984, on the pages of Jornal das Letras, regarding her exhibition at the Calouste Gulbenkian Foundation: "Silence is necessary to look at her painting and, more than ever, it is understood that no image dispenses with reading. It touches the unconscious. There is great unrest and great stillness in this dazzle, which is often based on a banal record of everyday life, on a trivial family scene."

Unfortunately, Martha Telles is still unknown to the general public, despite her vast curriculum and the unnumbered exhibitions she held or is represented in various private and public collections in Europe and Canada, a country that granted her dual nationality. She died in 2011, in Estoril. 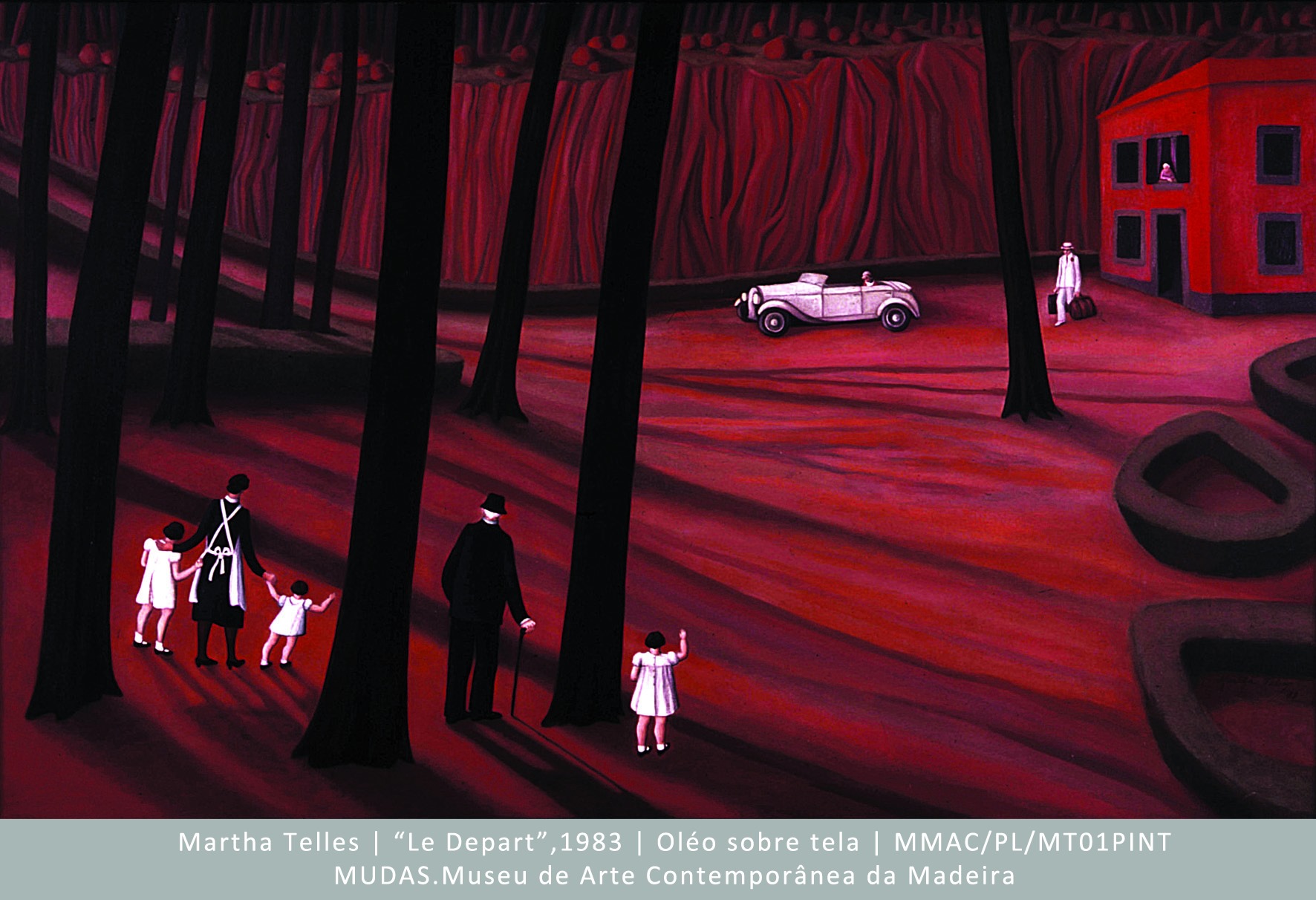