Born in Amarante (1932). He completed the Primary Magisterium Course in 1951. He attended the Oporto College of Fine Arts (1965-1966). In 1974, he completed the History course at the Faculty of Arts and Humanities of the Oporto University, later a PhD student in Art History. From 1981, he joined the teaching board of the History course, variant of Art, in the same faculty, having taught, among others, the chairs of Sociology of Art and Art History of the 20th century. He also taught in the Master of Art History of the Heritage Sciences and Techniques Department.
In the 1960s, he joined the Audiovisual Media Institute and the Institute of Educational Technology, as a director and as coordinator of training for teachers in this area.
Since 1956, his painting has been marked by the trips he made every year in his motorbike, alone or accompanied, through countries such as France, Spain, Italy and Belgium.
He received the Art Critics Award for Portuguese Representation at the 1st Biennial of Paris (1959) with his work Paisagem III (“Landscape III”), along with works by Ângelo de Sousa, Artur Bual, René Bértholo, Lourdes de Castro, Luís Demée, Mário Eloy, António Quadros, Nuno Siqueira, Maria Teles and João Barata Feyo.
He focused his journey on the exercise of geometric abstractionism in the representation of natural and urban landscapes, in which the formal and chromatic leveling, striking aspects, did not prevent him from sometimes going through informalism in abstraction. As an example of these exercises, we note the work of the MUDAS collection we reproduce here. 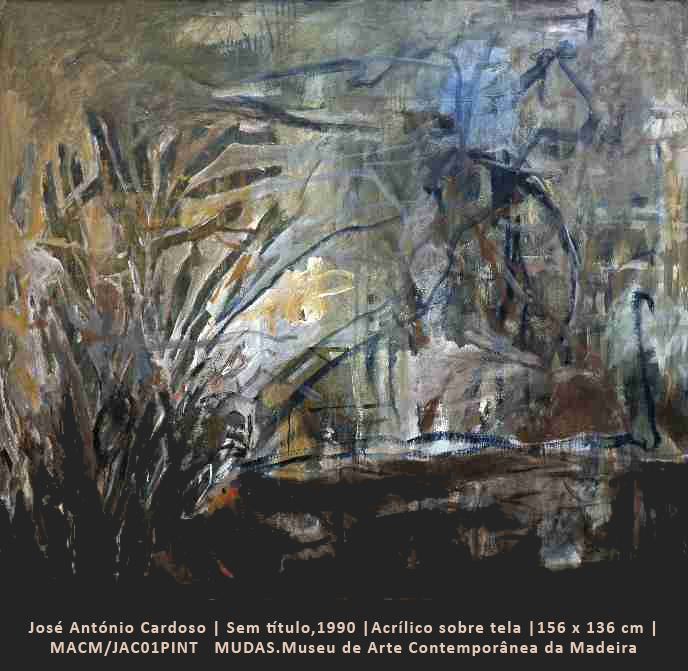