Born in 1963, in Castelo Branco. He studied at the Faculty of Fine Arts of the Lisbon University. He has been teaching at Ar.Co since 1989, where he is responsible for the Department of Drawing and Painting.
With a journey of more than three decades, his works (with some forays into sculpture) do not abandon figuration and are characterized by the exploration of the notion of scale; by the formal and thematic relationship with the history of art at the crossing of various historical times; by the embracing of relationship between erudition and minor artistic genres; by the repetition; and by the fragmentation of models.
He has been exhibiting regularly since 1988. His work is represented in national, international, public and private collections in Europe and the United States. He is also represented in the Jeanne Bucher Gallery (Paris), which welcomed Vieira da Silva and Árpád Szenes, as well as other notable artists.
He participated in several international collective exhibitions of Portuguese Contemporary Art. Among more than two dozen, we highlight Tríptico Europália 91 ("Triptych Europália 91"), Belgium, 1991; "Situation Zero, Recent Portuguese Visual Arts", San Francisco, USA, 2001; Portugal Agora (“Portugal Now"), Portuguese Contemporary Art, Luxembourg, 2007.
Individually, he also presents more than two dozen exhibitions, here are some: Deserto ("Desert"), Lisbon, 2011; Deserto ("Desert"), Paris, 2012; Terra (“Land”), Lisbon, 2014; Sala do Veado (“Dear Room”), Lisbon, 2015; "The Silence of Animals", Austria, 2015; "Black Deer — Résonances, Enlèvements, Interférences", Paris, 2016; "Naked Lunch", Lisbon, 2019.
In 1993, in Funchal, Madeira Island, he presented works at Porta 33 Gallery, such as this Sem título ("Untitled"), oil on canvas, monochrome background, wide and empty by the scale reduction of the only figurative element, fragment of a whole. 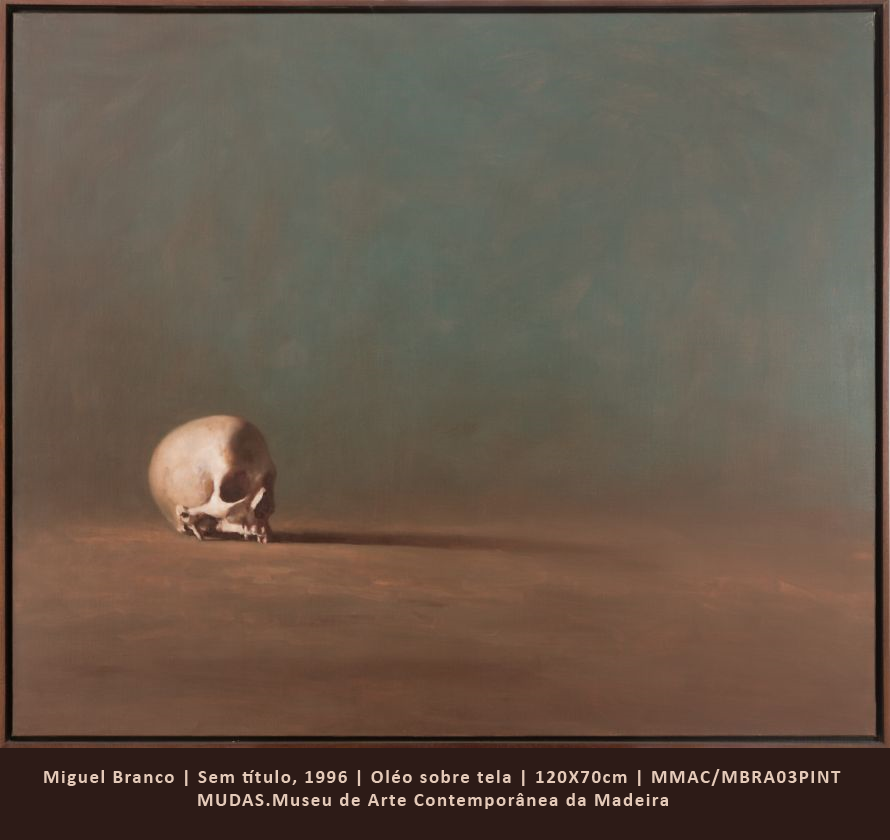