The manufacture of small clay figures was an activity that revealed some artists, often unknown, who produced pieces for the ornamentation of lapinhas - the traditional Madeiran nativity scenes -, modeling interesting examples that composed the mystical and profane report of the rock-shaped nativities, representing the orography of the island of Madeira. Generically referred to as "little shepherds", they represented religious figures and everyday scenes, alluding to traditional professions. Among the inhabitants of Porto Santo island, there was, for many years, the tradition of this type of clay figure. Taking advantage of the resources available on the island, many artisans produced the most varied figures to fill the lapinhas. Over time, this tradition has disappeared. However, there were still clay manufacturers who, in the 20th century, perpetuated this art by innovating it. This was the case of José do Espírito Santo e Vasconcelos, author of this piece, which is part of the museum's collection. 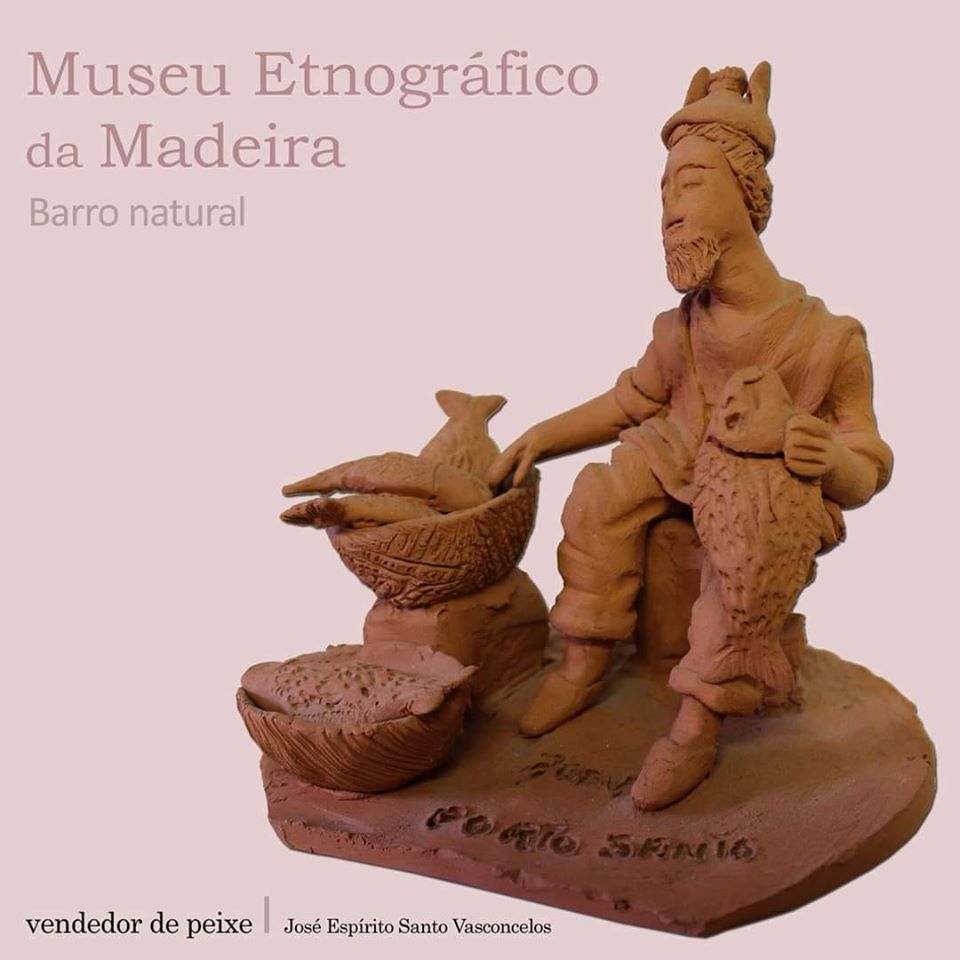