Internationally recognized, she is considered one of the greatest Portuguese artists of all time. The themes of her works focus on cities and their architecture, libraries, tiles, tapestries, stained glass and even on the illustration of short tales. The spatial fragmentation is one of the main characteristics of her painting that places her in the line of abstraction. Perspective, plan and urban structures are a constant concern in her compositions, as well as color, an element that accentuates the plasticity in her works.

Born in Lisbon, she soon left the Portuguese capital to live in Paris, a city where she made much of her artistic career in contact with some of the leading avant-garde artists. In 1930, she marries Árpád Szenes, a Hungarian artist of Jewish origin with whom she would share her life and the passion for art. In 1939, during World War II, the couple lived through a troubled period. With Portugal refusing to take them in, they left to Brazil, where they remained in exile until 1947, when they returned to Europe, continuing to work actively. In 1956, she was granted French nationality. She never forgets Portugal, where she often returns and where she will live the last times of her life.

Vieira da Silva cherished, welcomed and mentored Portuguese plastic artists, emigrants in France or passing through French lands. From the vast correspondence she maintained with those close to her, we highlight an excerpt from Gatos Comunicantes ("Communicating Cats"), in which Vieira da Silva asks Mário Cerariny to "Be sure to visit the exhibition of my dear painters from Paris, (...)", referring to an exhibition of Portuguese painters from Paris held in Lisbon, at the Buchhloz Gallery, in October 1966, where René Bértholo, Manuel Cargaleiro, Lourdes de Castro, Eduardo Luís, José Escada and Jorge Martins were present. 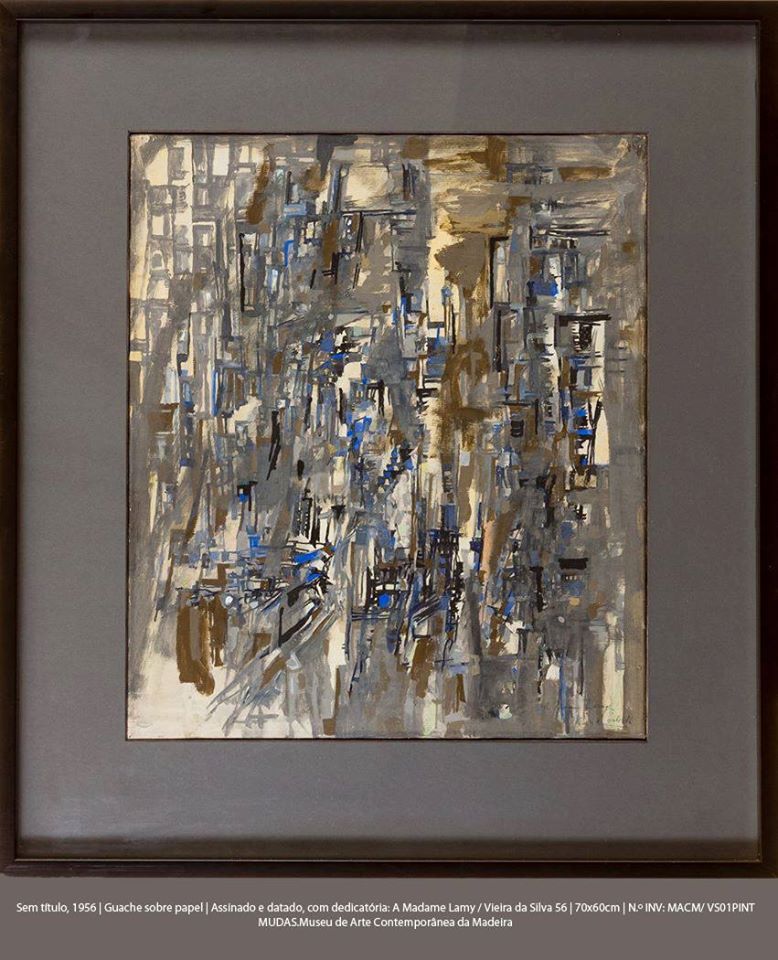