Gaëtan Lampo Martins de Oliveira was born in Luanda, in 1944. He arrives in Portugal at the age of six, making his whole adult life in our country. His work is mainly developed in the area of design and from 1981 Gaëtan focuses on self-representation, which he will deal with, continuously and obsessively, until his death, on 9 July 2019.

He attended the Economics course, which he did not complete. He attended the Lisbon College of Fine Arts for a short period of four months, as well as some workshops in Ar.Co, where he began his experiences, working the paper, not as support but as modulation material for his compositions and installations. Parallel to his artistic activity, he worked in the writing of several publishers. He assumed himself as a designer of self-representation and not of self-portrait, as they usually consider him, assuming himself as a model or as a pretext for drawing. He said his works portrayed fictions and not exactly moods.

He was right-handed, but he drew with his left hand. He chose it because he thinks that the right hand is the hand of "skill", "censorship", "rigor", "do well", while the left hand is "uncultivated", "ignorant". Because he is a person given to do things well, and to escape from this rationality of the right hand, he chose to draw with his hand that "knows nothing", "with the right one I do not want to draw", looking for the innocence of the trace.

In an interview, he assumed that he had no way to draw and depended on reality to represent. Gaetan said, "I can't draw from memory anything. A glass, a dog, I have to have something in front of me to look at."

He was inspired by cinema, literature and music, collecting in these artistic areas starting points for his works or to honor figures of literature and cinema. 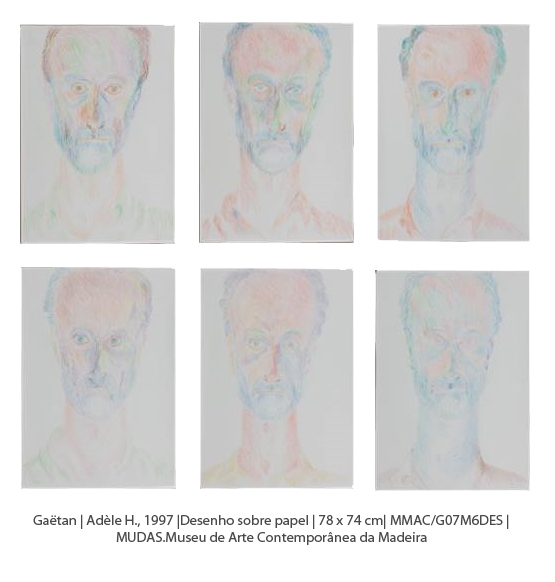