Eduardo Batarda was born in Coimbra, in 1943, where he studied Medicine between 1960 and 1963. He would later exchange this course for Painting, which he completed at the Lisbon College of Fine Arts (1963-1968). In his own words, "in the summer of 1963 I signed up and took the admission exam to the Lisbon College of Fine Arts. (...), I had never touched a brush other than watercolor ones, and a few days before the tests, which were a drawing of a statue (plaster, charcoal) and nothing else, an assistant gave me the business cards of some masters who were preparing us. With five days of intense and dehydrating practice in cocklofts, under the July sun, with two different masters, I sat in the exam, between Ana Jotta and Gaëtan. We were the three admitted."

Between 1971 and 1974, he headed to London on a scholarship from the Calouste Gulbenkian Foundation to study at the Royal College of Art. In the London atmosphere, he is influenced by English pop, Comics and some illustration. From this, he recalls that he saw "things impossible to see or imagine in Portugal. I suppose I've been to all the biggest and all the minor exhibitions that existed in London in the years I've been there. It is clear that this is an integral and major part of my training."

He then returned to Portugal, where he was a teacher at the Oporto College of Fine Arts. He made Art Criticism and was the author of the texts that accompanied his exhibitions. Awarded with several prizes, he is represented in important Portuguese collections, including at MUDAS collection with "Hispania Romana I". 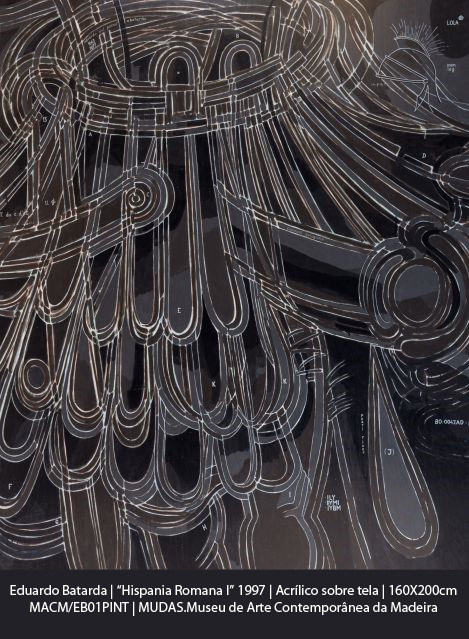