He was born in Évora, in 1946. He was a self-taught, revealing, very early, the taste for experimentation in the field of Plastic Arts. At the age of 18, he held his first solo exhibition at Gallery 111.

In the early years of his career, António Palolo exhibited consecutively in 1964, 1966 and 1973, at Gallery 111, in Lisbon, a pioneering gallery space in the art market that allowed national artists to show their most experimental creations during the validity of the New Estate (Estado Novo) period. In 1968, he joined the "Portuguese Art Exhibition", Calouste Gulbenkian Foundation, Madrid, Paris and Brussels. He exhibits in several museums: 1971, Hudson River Museum of New York; 1979, Vostell Museum, in Malpartida de Cáceres; 1981, Modern Art Museum of São Paulo. In 1995-96 he held a large anthology exhibition at the Modern Art Centre of the Calouste Gulbenkian Foundation, presenting works representing his entire artistic career.

Since the beginning of his journey, in the mid-1960s, António Palolo stood out with a work in which creative energy and a sense of experimentation were allied to a refined pictorial sensitivity in the treatment of composition, color and light. Known essentially for his production in painting and drawing, the film experiences this artist developed between 1969 and 1978, as well as the video works he made, remain practically unknown. He has been awarded several prizes and is represented in numerous public and private collections, including at MUDAS. He died at the age of 54. 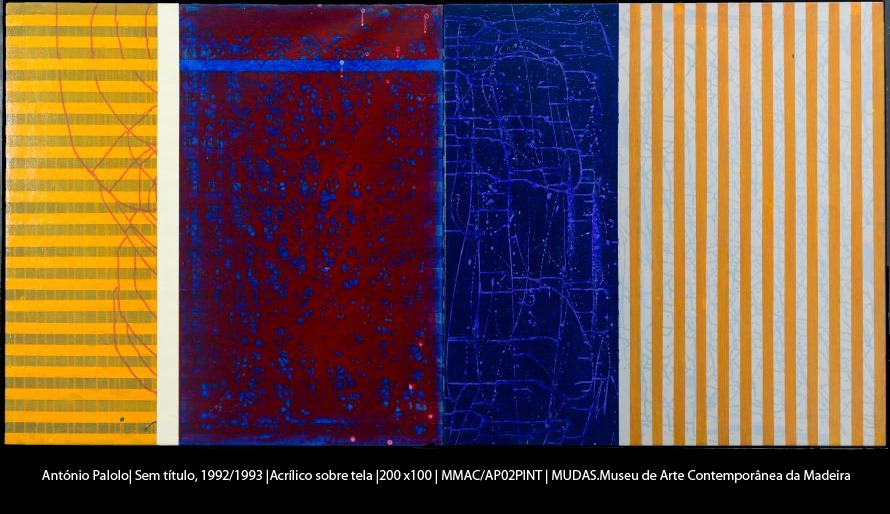