Born in Lisbon, in 1962, son of the painter João Rodrigues Vieira, he soon had a desire for drawing. In his teens, he wanted to be a comic book author. He enters the Painting course at the Lisbon College of Fine Arts, discovering the taste for painting only in the second year of the course. Irreverent and multifaceted artist, he is known mainly as musician, founder and vocalist of the bands Ena Pá 2000, Irmãos Catita (“Quaint Brothers”) and Corações de Atum (“Tuna Hearts”). He was a member of the homeostetic movement, which also included the artists Pedro Proença, Pedro Portugal, Ivo Silva, Xana and Fernando Brito. He is currently a professor at the College of Arts and Design of Caldas da Rainha; however, he would like to be able to dedicate himself exclusively to painting. He was a candidate for the presidency of the Portuguese republic in 2011 and 2016. 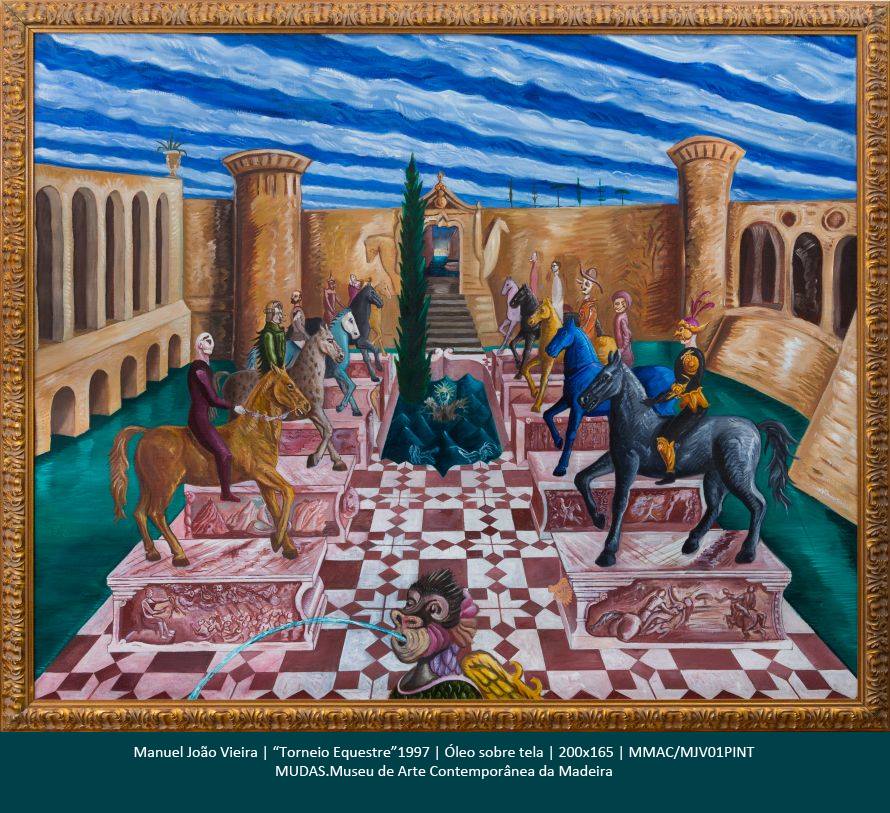