Nuno José de Siqueira was born in 1929, in Lisbon. He attended the Law Faculty and the College of Fine Arts. In 1959, he left to Paris as a scholarship holder of the Calouste Gulbenkian Foundation, where he collected teachings from Vieira da Silva, Árpád Szenes and Almada Negreiros. From his masters he reveals: "Then I learned, I was increasingly aware of contacts with Vieira da Silva and Almada Negreiros, I worked with both of them, they were making the adjustments, they were arranging what was dispersed, what was diffuse, even in the critical position, which has a parallel function in relation to what the artists are doing."

He participated in numerous collective and individual exhibitions over the years in Lisbon, New York and Rio de Janeiro.

Among the prizes achieved, we highlight an Honorable Mention in the "6th Biennial of São Paulo", in 1961, and the "1st Critics' Prize" at the 1st Biennial of Paris, in which he was part of the selection of Portuguese works, along with works by Ângelo de Sousa, Artur Bual, René Bértholo, Lourdes de Castro, Luís Demée, Mário Eloy, António Quadros, Maria Teles Barata, João Feyo and António Cardoso.

In 1969, he founded in Lisbon, with his wife, the Judite Da Cruz Gallery. He executed panels for the Olivais metro station, in Lisbon, and on June 10 2007 he was made Grand Officer of the Order of Merit. 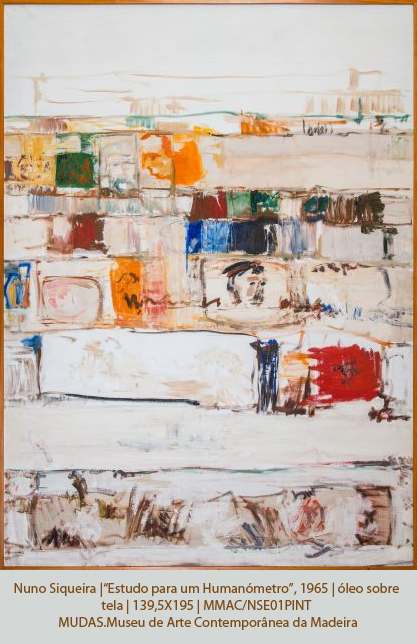