"A Glorious Soldier of Anarchy" by António Areal

Born in Porto on June 8, 1934. A self-taught artist, he was influenced by literature and philosophy. He stood out in the Portuguese art scene with an artistic production in the transition from surrealism to gestualism and then to a new type of figuration, covering, its production, several artistic movements of the avant-garde, from Abstractionism to the New Figuration, also starting passages through Op Art and Pop Art.

In his artistic journey, three stratified phases can be distinguished between the late fifties and the seventies of the last century. Until 1958, he produced drawings of surrealist influence; at the beginning of the 1960s, he began a new period with the performing of paintings that point to informalism, with a technique of rapid execution and without retouching; from 1964, he approached conceptualism, crossing neofigurative painting with the production of objects, associating phrases in an attitude of reflection and art criticism. His artistic production was always accompanied by a constant theorization about his own work and on the state of Portuguese Art.

In 1967, he represented Portugal at the 9th Biennial of São Paulo and, in that same year, he was awarded, in Madeira, with the City of Funchal Grand Prix, with the work "A Glorious Soldier of Anarchy" at the 2nd Exhibition of Modern Art. He died in Lisbon, in 1978. 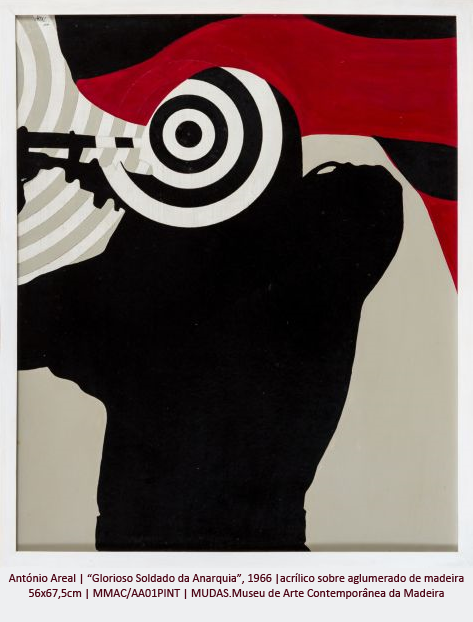