The Miracle of Nazaré

The Miracle of Nazaré tells a legend from 1180, when King Sancho I led the reconquest of the Alentejo and the Algarve, and his knight Fuas Roupinho faced the Moors in Porto de Mós, taking prisoners King Gamir and his daughter. When the Moorish king died, the inconsolable young princess wanted to know better the God of Christians and, above all, the Mother of that God.

Fuas Roupinho brought her to know the image of Our Lady of Nazareth, whom he venerated, and left her near the image while he went hunting. Fuas Roupinho was riding his horse when he saw a strange black figure passsing by. As he thought it was a deer, he started to chase him. The animal, in defiance, passes him over and over again, which awakens more his desire to catch him. The chase becomes fierce and when he is about to catch him the horse stops by a cliff over the sea. The horse prancits desperately and the deer falls apart in smoke. Fuas Roupinho cries out for Our Lady of Nazareth and horse and rider are saved, leaving the hind legs engraved on the rock, mark that still exists today. Fuas Roupinho runs to the Virgin to thank the protection and promises to take the image to the site of the miracle. Later, he orders the construction of the chapel of Our Lady of Nazareth, in this same place, in honor of the miracle that saved him. 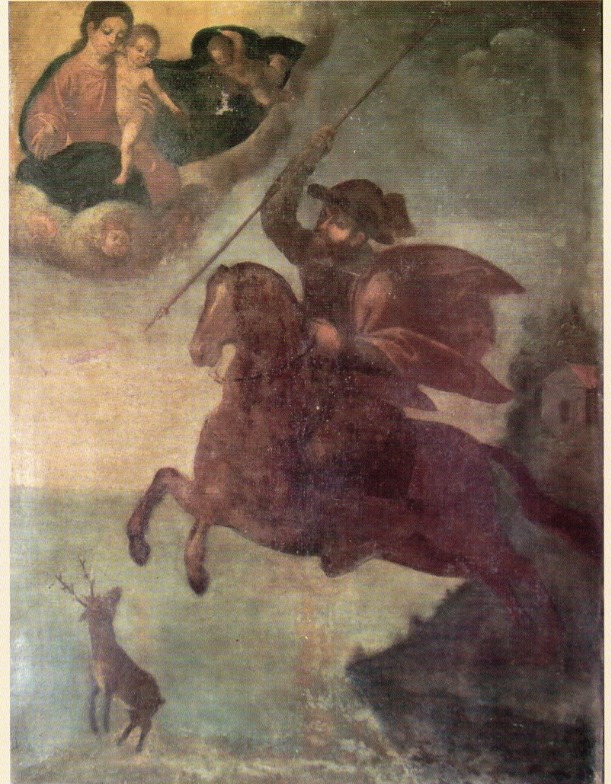