Some curiosities about Pedro Proença.

Born in 1962, in Sá da Bandeira (now Lubango), Angola. He came to Portugal when he was still a lap child. Son of a psychiatrist and an architect, he began drawing very early. He attended the free courses of the National Society of Fine Arts, later entering the Painting course at the Lisbon College of Fine Arts.

He has been exhibiting regularly since 1981 and in 1984 he held his first solo exhibition.

In 1982, with Pedro Portugal, Manuel João Vieira, Fernando Brito, Ivo and Xana, he founded the Homeostetic Movement. Pedro Proença is also a writer, musician and typographer, in the field of Fine Arts he explored painting, illustration and installation. He is represented in the MUDAS collection with several works, including "Shaman", which we present to you today. 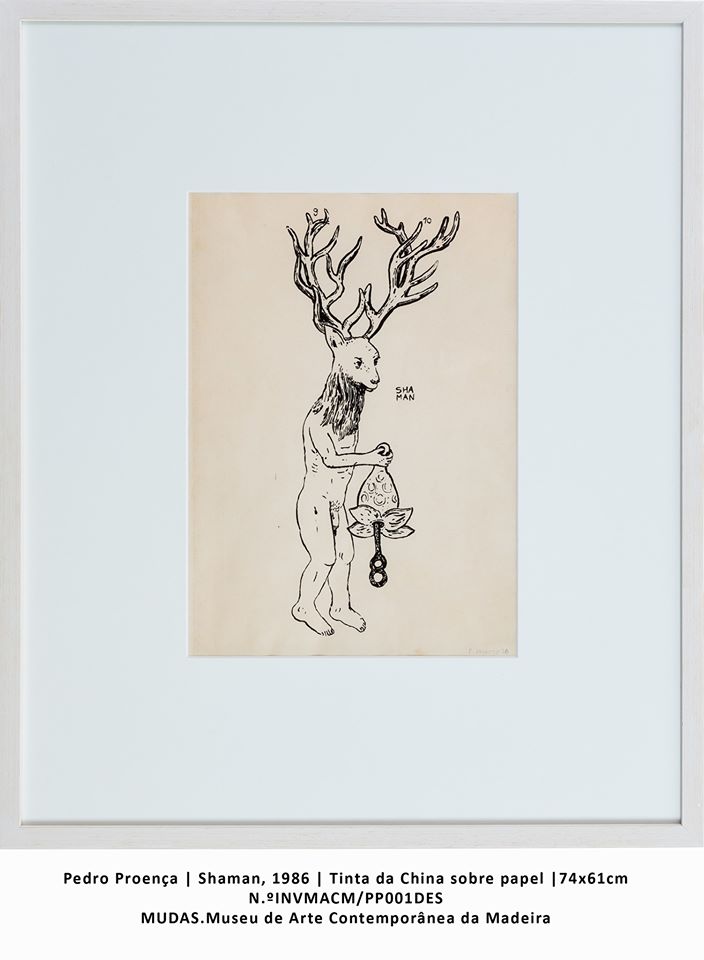