In the section "One day, one work", we leave some notes about Ana Vidigal.
Born in Lisbon, in 1960. In 1984, she completed the Painting course at the Lisbon College of Fine Arts. She was a scholarship holder of the Calouste Gulbenkian Foundation between 1985 and 1987. She was a resident artist at the Contemporary Art Museum of Funchal, in Fortaleza de São Tiago (St. James Fortress), between 1998-99.
She has been exhibiting regularly since 1981. From the numerous projects that counted on her participation, we highlight the invitation made in 1995 by the Metropolitan of Lisbon to execute a panel of tiles for the Alvalade metro station. Invitation renewed in 2002 for the execution of several tile panels of Alfornelos metro station. She illustrated the book of children's poems Como quem diz (“As if to say”), by António Torrado, for Assírio & Alvim (2005). She was awarded several prizes, including the Amadeo de Souza Cardozo Prize, the Maluda Prize and the Painting Revelation Award, 3rd Biennial of Vila Nova de Cerveira.
She is represented in several public and private collections, including at MUDAS. 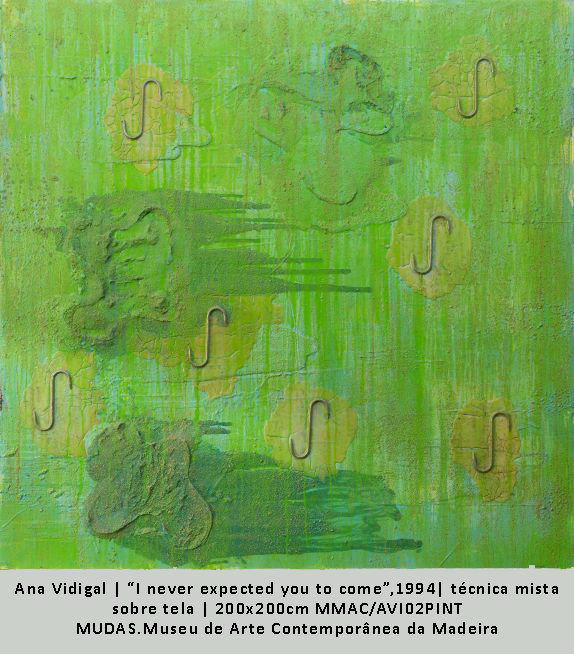