Some notes about Manuel Baptista under the rubric Um dia, uma obra ("One day, one work").

As a student, he was interested in Abstract art. His abstract paintings were innovative in the Lisbon area, in technique and non-formalist aesthetics: he glues pieces of cloth and string, that he later paints, on the canvas, obtaining embossed shapes, taking inspiration from auditory, tactile and visual sensations, as on the Algarve walls or the treadmills that marked him in childhood.

Between 1977 and 1980, he travelled regularly to Lippstadt and Schmallenberg, Federal Republic of Germany, making tapestries for the Falke Factory (Imago).

Between 1990 and 2003, he took over the direction of the municipal galleries Trem e Arco, in Faro. The first individual and collective exhibitions were held in Faro (Cultural Circle of the Algarve), in 1956 and 1957, respectively.

He was one of the artists invited by the International Association of Art Critics (AICA) to participate in the renovation of the decoration of the A Brasileira cafe, in Lisbon, which took place in 1971. In 2004, he carried out a work of stone bas-reliefs with intertwined strips at the Quinta das Conchas Station, yellow line of the Lisbon Underground.

In 2012, he received the prize Melhor Exposição de Artes Plásticas ("Best Exhibition of Plastic Arts"), from the Portuguese Society of Authors, for the exhibition Fora de Escala ("Out of Scale”), which was on display, in 2011, at the Lagos Cultural Centre, where he presented drawings and sculptures from 1960-70, projected but never materialized.

In 2018, he held the exhibition Pós-Pop. Fora do Lugar Comum ("Post-Pop. Out of the Common Place") at the Gulbenkian Foundation. In 2019, he presented Manuel Baptista – Sombras e Outras Cores ("Manuel Baptista – Shadows and Other Colours"), four decades of his work, a set of works in painting and painted volumes, between 1963 and 2002, at the Árpád Szenes - Vieira da Silva Museum, in Lisbon. 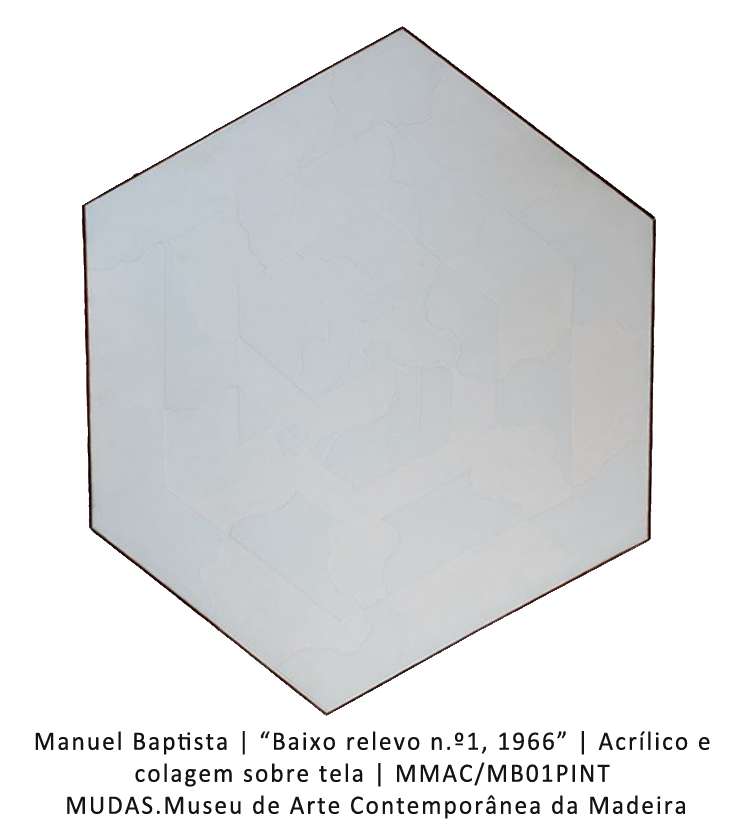