Some notes about René Bértholo (1935-2005), an artist represented in the MUDAS Museum’s collection with several works, among which "Croisements" (1979), which we make known.

René Bértholo was born in Alhandra, in 1935, son of the painter Augusto Bértholo. He attended the Painting course at the Lisbon College of Fine Arts between 1951 and 1957, where he met Lourdes Castro, with whom he would marry in 1956.

Like many artists of his generation, he chooses to leave his country. In 1957, he moved to Munich with Lourdes Castro. In 1959, while receiving a scholarship from the Calouste Gulbenkian Foundation, he settled in Paris. In that city, the couple founded the KWY group and started publishing the magazine with the same name. Associated with this group are the artists Costa Pinheiro, Gonçalo Duarte, José Escada, João Vieira, Jan Voss and Christo. As a member of this group of artists, he participated in exhibitions in the cities of Saarbrücken, Lisbon, Paris and Bologna.

Following the Revolution of April 25, 1974, René Bértholo returned to Portugal in 1981, taking up residence in the Algarve. In 2000, he was part of the "Making Choices" exhibition, held by the Museum of Modern Art (MoMA) in New York. That same year, the Serralves Museum of Contemporary Art organized an important retrospective of his work. He died on June 10, 2005. 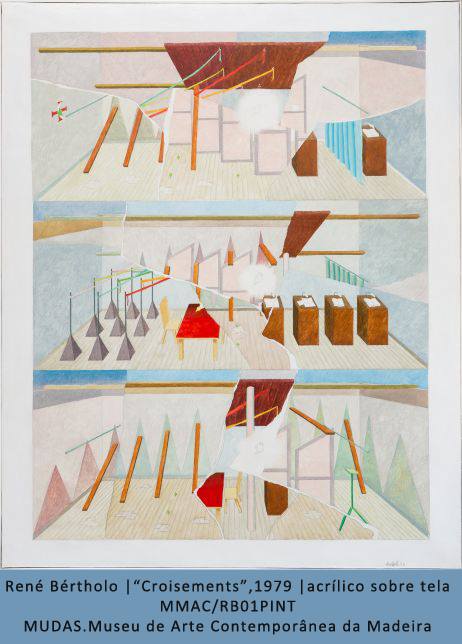