Two of them, José Pestana and João Pestana, practised their craft there until its closure. The flat, round chapéus de palha ("straw hats”) and the traditional carapuças (conical-shaped felt caps) were produced and traded there.

José Pestana learned the craft, still young, in a hatter’s shop located in Rua do Carmo. He was the one who made the "canotier" hat or "straw hat", like this one that belongs to the museum’s collection, a model that was, for many decades, the straw hat of choice used by men.

Nowadays, it is better known in our region as "hat of the carreiros do Monte", as it is part of the costume worn by the carreiros, the men who drive the "basket cars" in the parish of Monte.

The raw material used in its manufacture, wheat straw, was imported from the North of Portugal. There, the wheat is planted with the purpose of its straw being braided by hand, which is why it is harvested before the plant produces ears so that it does not acquire a dark tone.

The manufacturing process of this type of hat started with the operation of rolling the braid, which was carried out with the help of a small hammer, with which the craftsman tapped the straw in order to straighten and adjust it. Then, the braid was sewn on the sewing machine. While sewing it, the craftsman gave it a constant rotating movement, moulding it with the naked hand to obtain the desired shape. He started making the hat by the crown and then the brim.

Finally, the hat was placed on the respective wooden form (the shapes corresponded to different sizes, ranging from 48 to 64), protected with a damp cloth and ironed.

To finish this artefact, the craftsman sewed a black fabric strip, on which the word "Madeira" was printed, identifying the origin, since it is currently a product essentially marketed to tourists. 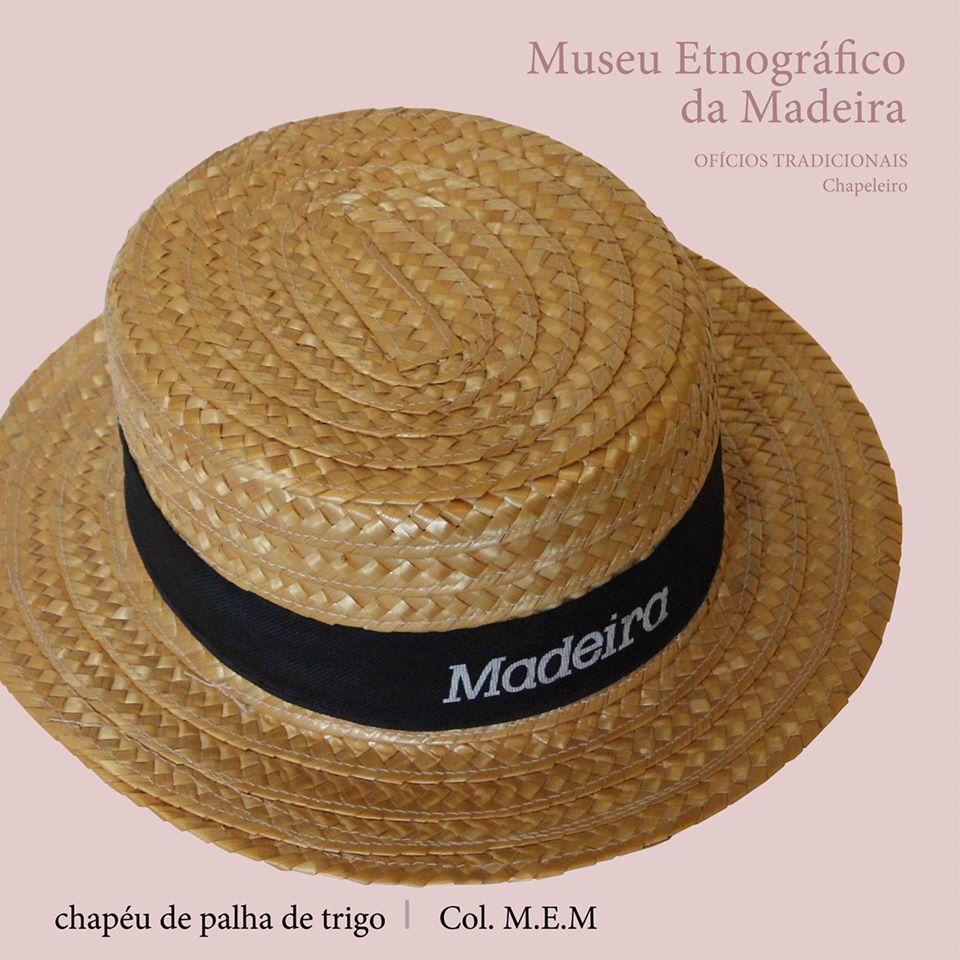