Chapel of Our Lady of Nazareth

The Chapel of Our Lady of Nazareth, in the parish of São Martinho (Funchal), was founded in 1627 by Martim Vaz de Caires, a prominent figure of Madeiran society and noble generation who died in 1648. It is classified as a property of public interest (1940) and is privately owned.

It is a temple built in the 17th century: a gable-end main facade topped by a cross; Mannerist-style portal; ridge-roof; walled churchyard with long stone benches and rolled pebbled floor. It has a small rood screen and a sacristy attached to the north with gridded window and straight lintel.

The set of blue painted tiles on white background, dated c.1718-1725, which covers the side and back walls of the chapel, stands out. A votive panel occupies the wall on the side of the Gospel, representing the "Miracle of Our Lady of Nazareth to Fuas Roupinho", noble knight of the 12th century and first Portuguese naval commander. It is assigned to the Portuguese painter António de Oliveira Bernardes (1662-1732), for the firm and vigorous drawing with a loose and expressive brushstroke, enhanced by the spots of light blue, transparent and luminous tones. It presents figures in a fanciful composition, representing a port city (fortification; flagged high-board ships; small fishing boats; houses; castles; and church). The architectures stand out with buildings in perspective, integrated into landscapes with great scenography. The remaining panels are more archaic, perhaps by a disciple of António de Oliveira Bernardes, but also integrated in the so-called national production "Cycle of the Masters", in the stylistic path of Gabriel del Barco (1649-c.1703). Gallant, pastoral and mythological scenes are represented here.

Several panels, individualized by borders, adorn the wall on the side of the Epistle: a Capuchin friar; a miracle; a tonsured monk; two peasants; an oboe player; a fisherman; a couple of shepherds. Above the main door, a journey of three pilgrims: a lame man who seems to be a nobleman by his clothing; a blind man; and a man with crutches on the floor.

The well-composed, narrative and poly-scenic blue tiles are separated by borders, friezes, bars and ashlars with foliage, windings of acanthus, convex mouldings, female figures with flower pots on the head, lions and atlantes on the base, metamorphosed animals, putti, festoons, wreaths and shells, well suited to Baroque and Rocaille decorativism.

The veneration of Our Lady of Nazareth is very old. Her devotion among the Portuguese nobility was common: King Fernando; King Manuel I; Queen Eleanor of Austria; discoverers and navigators, such as Pedro Álvares Cabral and Vasco da Gama; or even St. Francis Xavier. 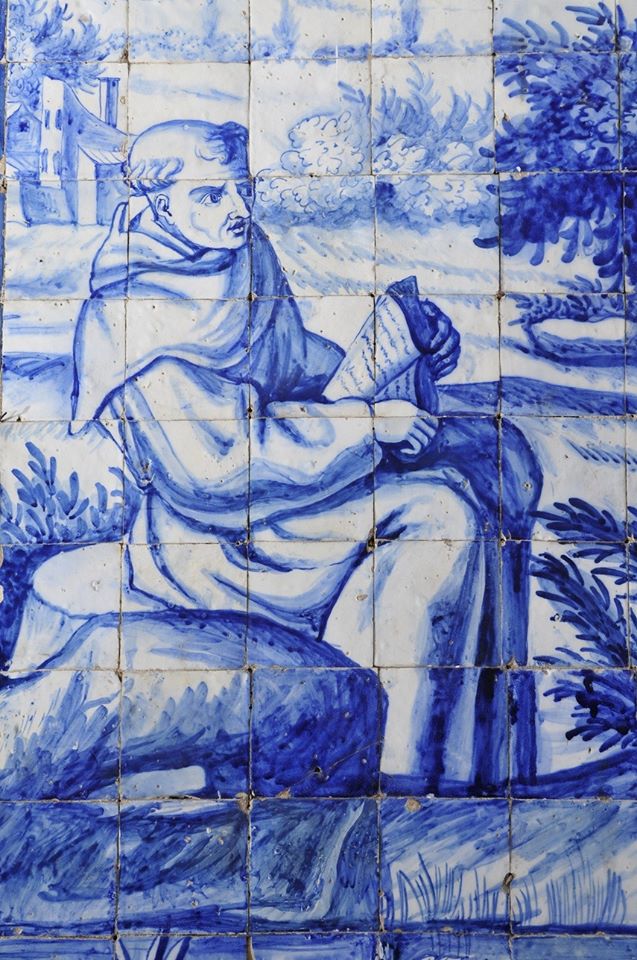 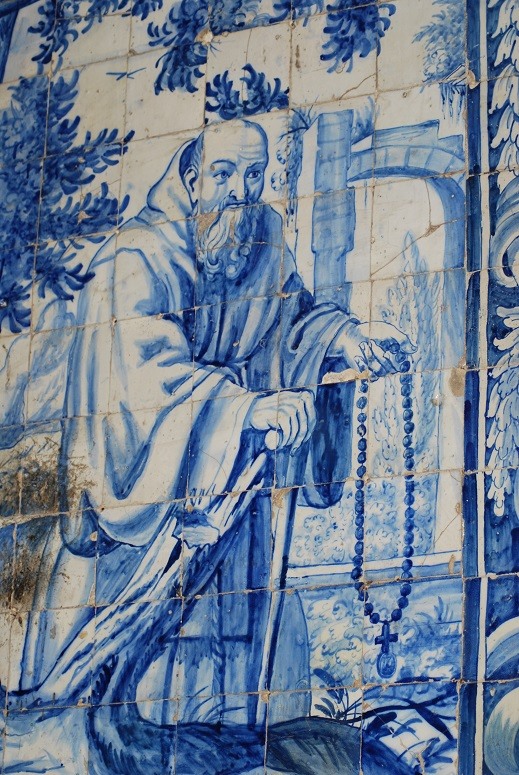 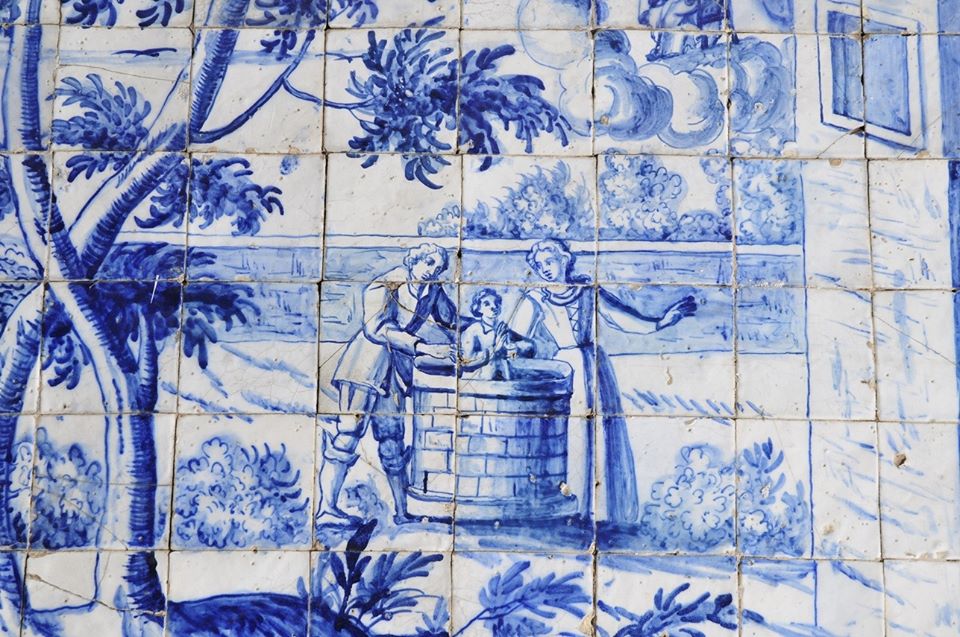