This type of giant-reed basket, or hamper, as it is popularly called, was used in the past to shop in the market. In the last century, when the use of plastic bags was not yet common, the inhabitants of Funchal used these reed baskets instead to purchase fruits, vegetables and fish. They were manufactured with different dimensions. Their largest measurements varied from 800, 600, 450 to 300 mm and their designations were, respectively, marca ("mark"), meia marca ("half mark"), cento ("hundred") and abaixo de cento ("below hundred"). The morphology of giant-reed basketry was varied and adapted, generally, to the function of each basket. For the purpose of selling strawberries, fresh common figs, loquats and cherries to ship passengers in transit, our artisans created, for example, a type of basket known as "strawberry basket". These low-walled hampers, like the one in the image, served as containers for banana bunches when they were transported on steam boats. 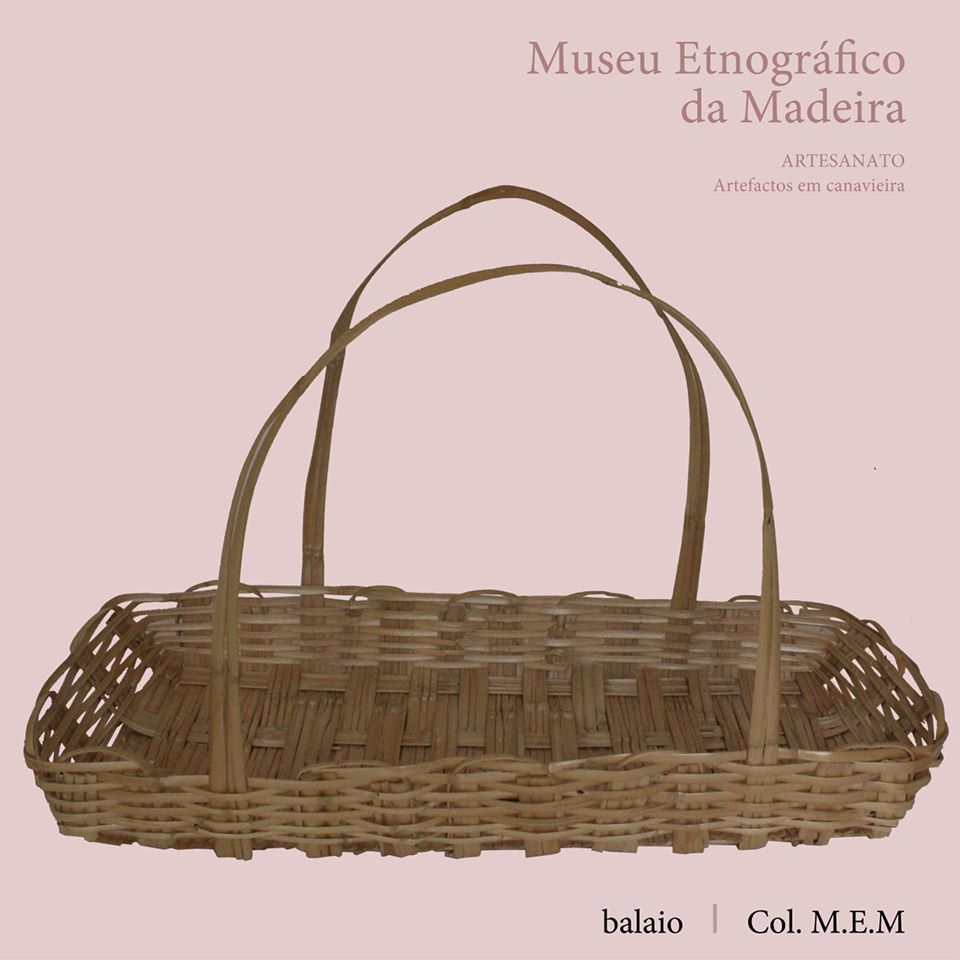