The reed, giant-reed or rock-reed, as it is popularly called, is a plant spread throughout the archipelago and is easily recognizable by the tufts at the base of its long, erect and unmistakable light green colour stems.

It is mostly cultivated and currently naturalized throughout the lower areas of Madeira, up to just over 500 meters of altitude, and in Porto Santo, on sandy shores, rocky fallow soils, cliffs, support walls or terrace borders.

It is one of the non-food plants introduced in the Archipelago of Madeira, with greater territorial expression, and has had unnumbered applications in Madeiran daily life. It was used in agriculture (as a tutor in certain crops, to build hedges, partitions, mats, reeds, shelters, as fodder, etc.), as fuel, in civil construction (popular architecture), in dune setting and in defence against erosion, in the ornamentation of parks and gardens, in the manufacturing of tools used in pottery, in the setting up of lapinhas - the traditional Madeiran ladder- or rock-shaped nativities -, or in the production of countless artefacts, namely musical instruments, basketry, toys and other utilitarian or decorative items, such as traditional cages and bird traps (trapdoors or seesaws).

The production of cages has a long tradition in our region, it was a craft learned within the family and passed from generation to generation. The morphology of these artefacts has evolved over time thanks to creativity of artisans and the needs of demand.

In the past, birdcages were transported to fairs and markets, where they were sold. With technological evolution, they lost much of their utilitarian value, which almost led to the extinction of this artisanal activity. Nowadays, they are mainly sought for decorative purposes.

This cage, authored by citizen Manuel Ferreira Júnior from Ribeira Brava, is an artefact made with great skill and creativity. It consists of a hexagonal main body and two small side bodies, one of which has a wooden drawer to place the bird’s food. At the base, there are several removable wooden trays to facilitate cleaning the bottom of the cage. The central, truncate-conical covering was ornamented with crossed reed slats and the coverings of the lateral bodies were built in a semicircle. It has a small door, locked with a clasp-shaped wire and, inside, three transverse reeds serve as perches for the birds. 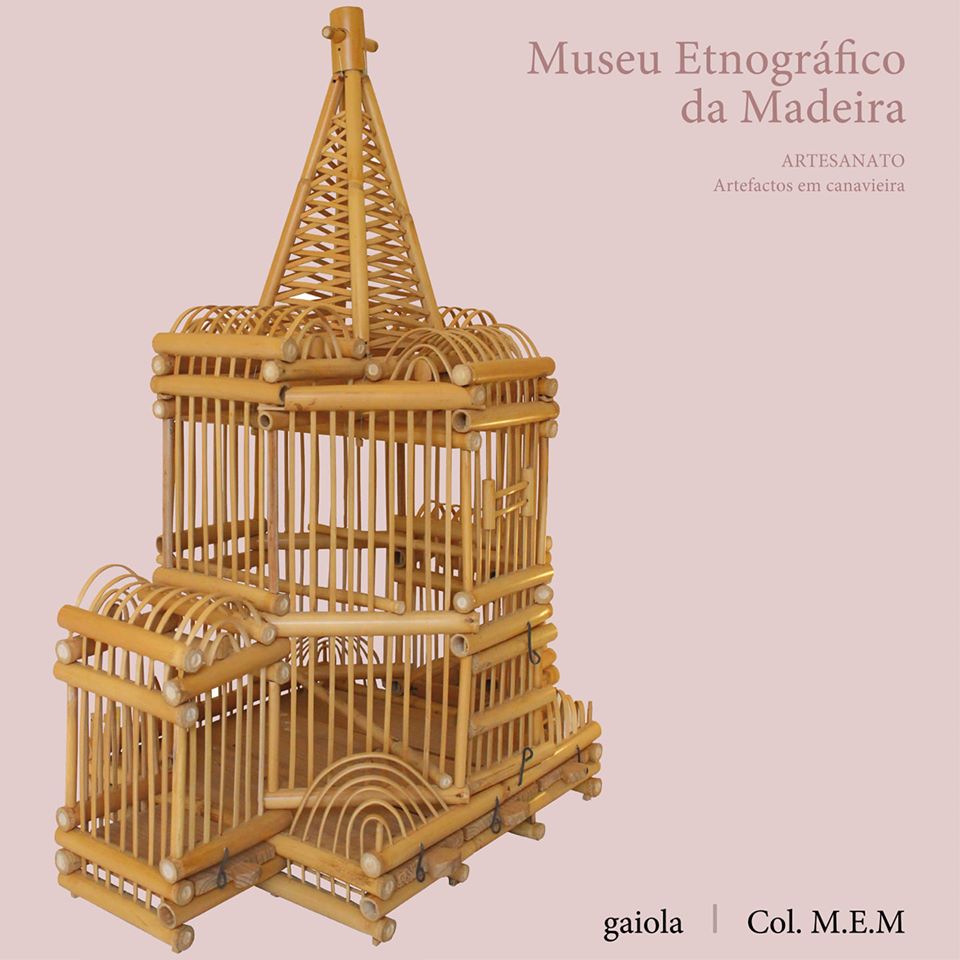