The designation of "servile workers" was attributed to the group of people who lived in economic dependence of privileged classes, on a daily or weekly service provision basis. Among them, we can list the lads of the lunch baskets, the shoe shiners, the whitewashers, the chimney sweepers or the scissor sharpeners, who roamed the streets of the city and rural areas.

It was common to hear the extended sound of its traditional whistle, when they walked the streets looking for customers.

Luís Gomes, who has practised this craft all his life, donated this manual sharpening machine to the Madeira Ethnographic Museum, in 2004, thus enriching the museum's collection, so we decided today to share, as a gesture of thanks, this simple tribute of appreciation and dissemination of his profession.

Born in 1926, he learned the craft with his Galician father. It is said that this craft has been introduced to the island by Spaniards.

When he started the activity, he covered the streets of Funchal and the other municipalities with the sharpening machine, which he inherited from his progenitor. He often carried it on his back, on the steep streets, and blew the whistle on the way to announce his presence. This whistle was also made by this professional with the help of a blacksmith.

In the 1950s, he settled in Largo da Feira, next to the Farmers Market, under the shade of a leafy tree, although he continued to walk the streets of Funchal.

In the past, there were many customers who resorted to his services, namely embroiderers, tailors, shoemakers and the so-called "cutting women", from the embroidery houses, who took scissors and knives to be sharpened.

Scissors, knives and pruning hooks were sharpened on the stone, driven by a system of straps and pedal. In addition to sharpening tools, he repaired plates and bowls, when they broke, and umbrellas, replacing their ribs.

In the 1980s, he started working in a closed space, in the same place, and in 1990 he settled on the first floor of the Farmers Market. Nowadays, his son continues the craft in that space, although new technologies have been introduced, namely machines powered by electricity to make the work easier and to make the most of it. 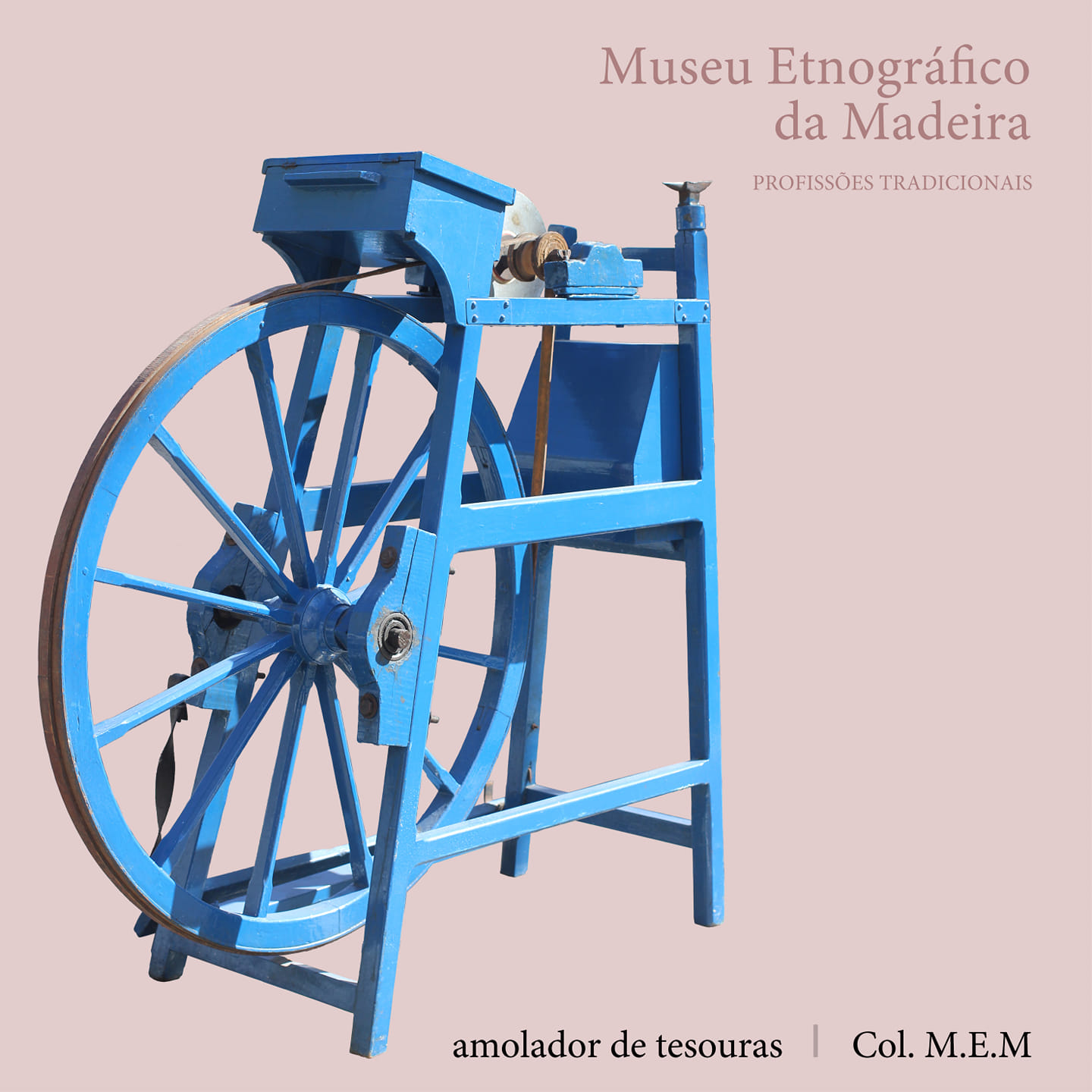