The threshing of cereals is the process of extracting the grain, which consists of separating the ears and dislodging the grain.

In our archipelago, different techniques and, consequently, different tools were used in this operation. The use of different instruments, in this phase of treatment of cereals, had to do, on the one hand, with the amount of grain to be extracted and, on the other hand, to the environmental conditions and the use to be given to the straw.

On the island of Madeira, it was more common to use the flail, which did not break the straw and could be used to "muffle" (cover) the so-called “thatched houses”, while on the island of Porto Santo the threshing machine was used to break the straw, as it was not necessary to cover the houses, which were covered there with local bentonite clay.

The flail is an indirect percussion instrument, composed of two sticks - the handle and the swingle - connected and articulated at one end by leather straps, which attach to the end of each of these pieces by leather or rubber devices.

To proceed with the threshing operation, the thresher wields the handle with both hands and thresh the cereal with the swingle. 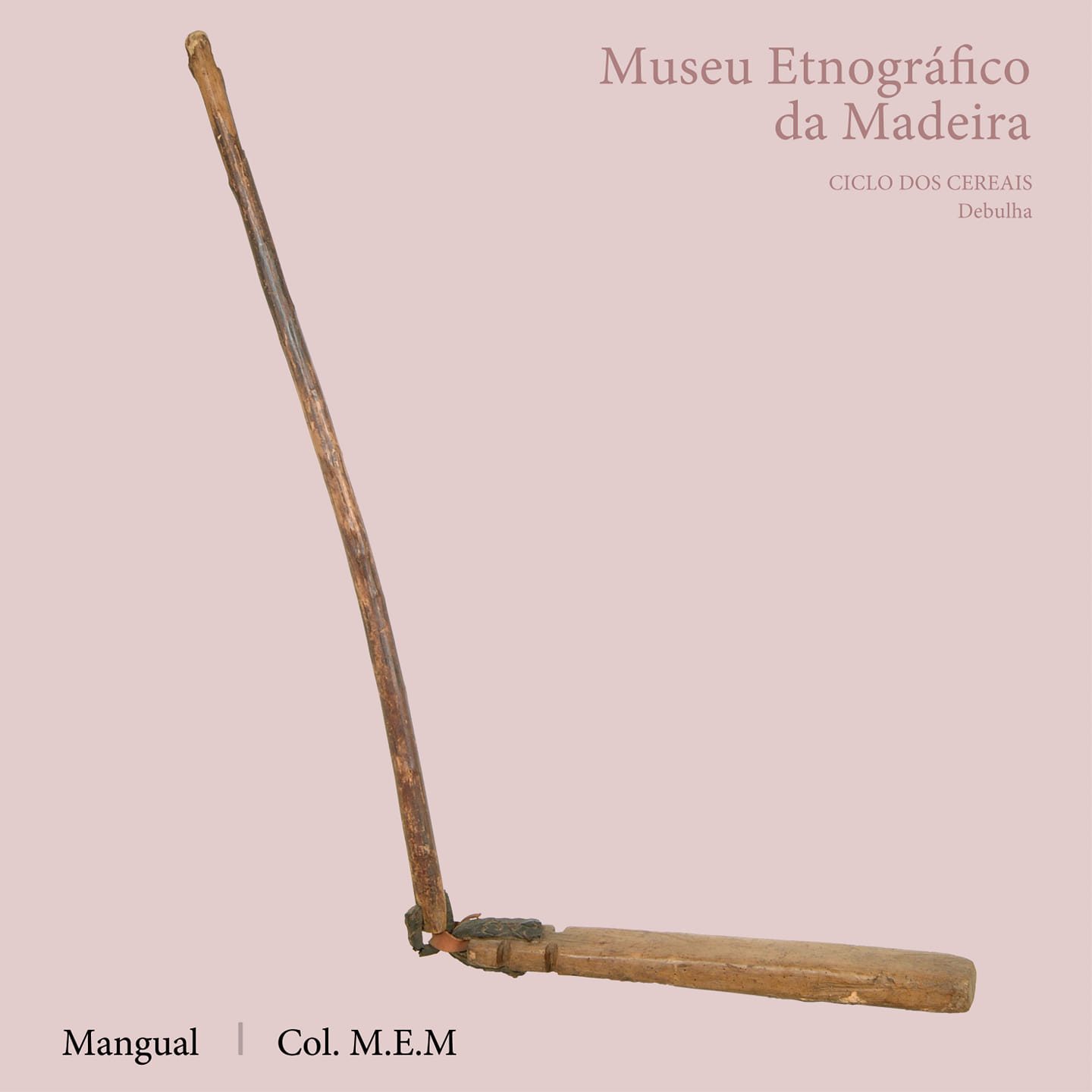