Cast iron was a raw material widely used in the production of household utensils and, until the 20th century, it was the preferred raw material, worldwide, in the manufacture of cookware.

Although very heavy, the well-tempered, cast iron pots had a long duration and the advantages of withstanding high temperatures and conserving heat for a long time.

Traditionally, there were, in all kitchens, the so-called "three-foot pots", like this piece, belonging to the museum's collection, which were strategically placed around the fire pit. With different capacities, they had a shape suitable for their placement in the hearths.

To hold these heavy pots, when they were still hot, two iron hooks were used, which facilitated their transport. 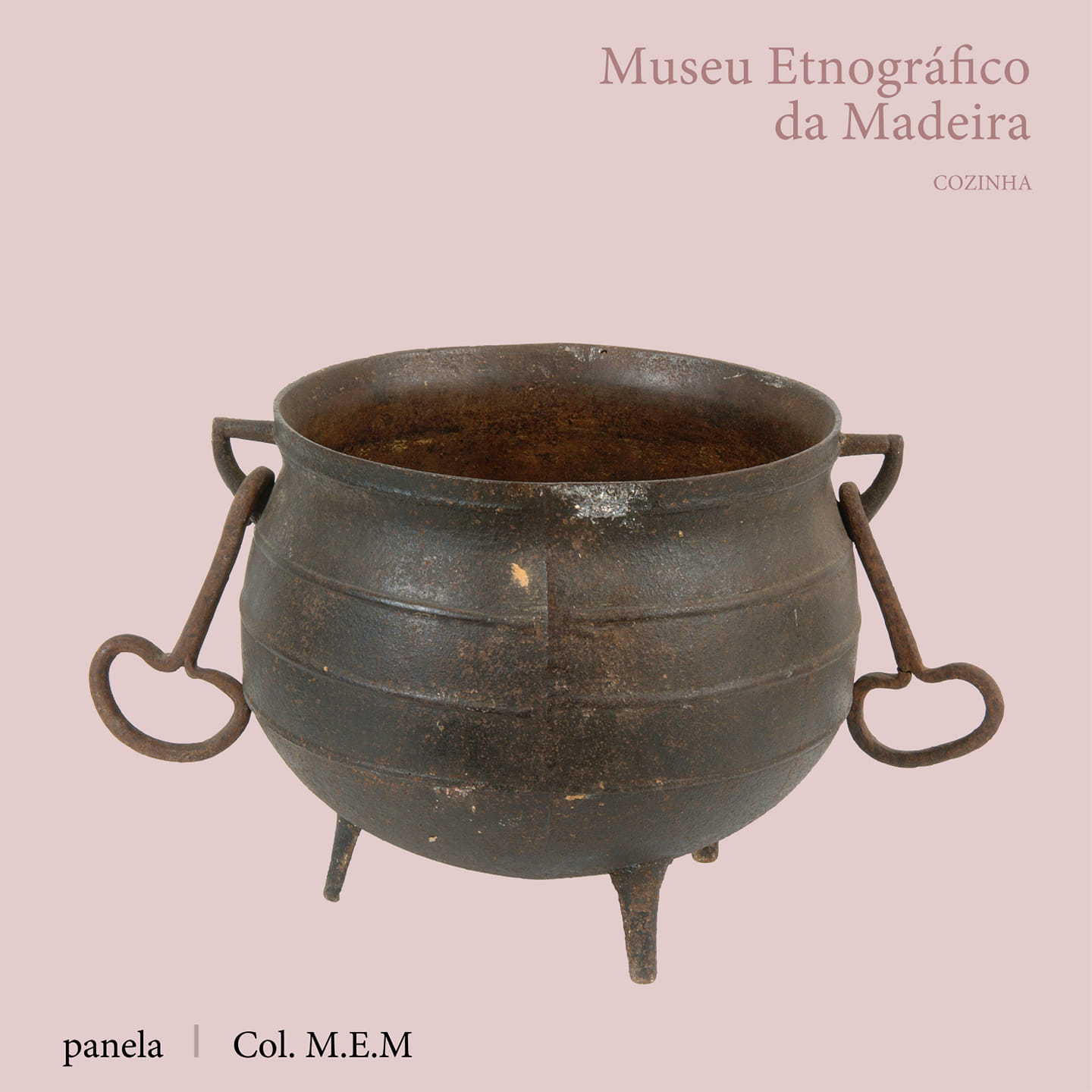