The threshing of cereals is the process of extracting the grain, which consists of separating the ears and dislodging the grain from them.

In our archipelago, different techniques and, consequently, different tools were used in this operation. The use of different instruments in this phase of treatment of the cereals was, on the one hand, with the amount of grain to be extracted and, on the other hand, with the environmental conditions and the use to be given to the straw.

On the island of Porto Santo, the threshing machine was used to break the straw, as it was not necessary to cover the houses, which were covered there with local bentonite clay.

On the island of Madeira, it was more common to use the flail, which did not break the straw and could later be used to cover the "thatched houses".
The threshing machine is "formed by a thick, large plank of wood with converging sides at the front top, taking on the appearance of a bow, which will be the front part where the shaft is attached. The upper part, at the front, has a short and thick beam with a wide hole that will serve to tie the shaft with a greased leather strap. The rear side has also another beam nailed across the entire width, which will be the support for the man sitting or to hold the stone to serve as a weight. The underside is, however, the most important, as it constitutes the true function of the threshing machine on the threshing floor. This bottom face is studded with small basalt stones, arranged in oblique lines (...).
The threshing process takes time. In short, it is processed as follows: (...) the cattle are brought into the threshing floor, taking a few turns to trample the grain. Then, the threshing machine is yoked on the oxen. (...) The coupling of the threshing instrument to animals is done by means of a special yoke, different from that of the plough or the ox carts; it is smaller, the oxen are closer to each other, so that they can be better driven in the relative narrowness of the place, but also because they move in regular circles and, finally, due to the need to reverse the direction of their gait.
For each threshing machine, a person is needed to watch the work, it is important to keep the animals in a monotonous movement, constantly shouting at them. (...) While at the beginning of the threshing, the watchman sits on top of the threshing machine in order to make it heavier and more efficient in dragging, after some time, he leaves and places heavy stones to replace him. The surveillance action cannot be slowed down, first to counteract the animals’ laziness, secondly to compel them to reverse the direction of their gait on the threshing floor. In addition to these factors, there is another, always unforeseen and unexpected. When this is the situation, the watchman runs to find a basket to catch the excrements of the ox before they fall into the threshing floor and dirt the cereal. There is no danger that the animals themselves will want to eat the straw, as they are used to this prohibition; some more reluctant and abusive cow is muzzled by the snout. After a few hours, the initial volume of the cereal on the floor decreases considerably, accumulating on the ground the grain extracted by the continued action of dragging and crushing; at the top is the cut straw." 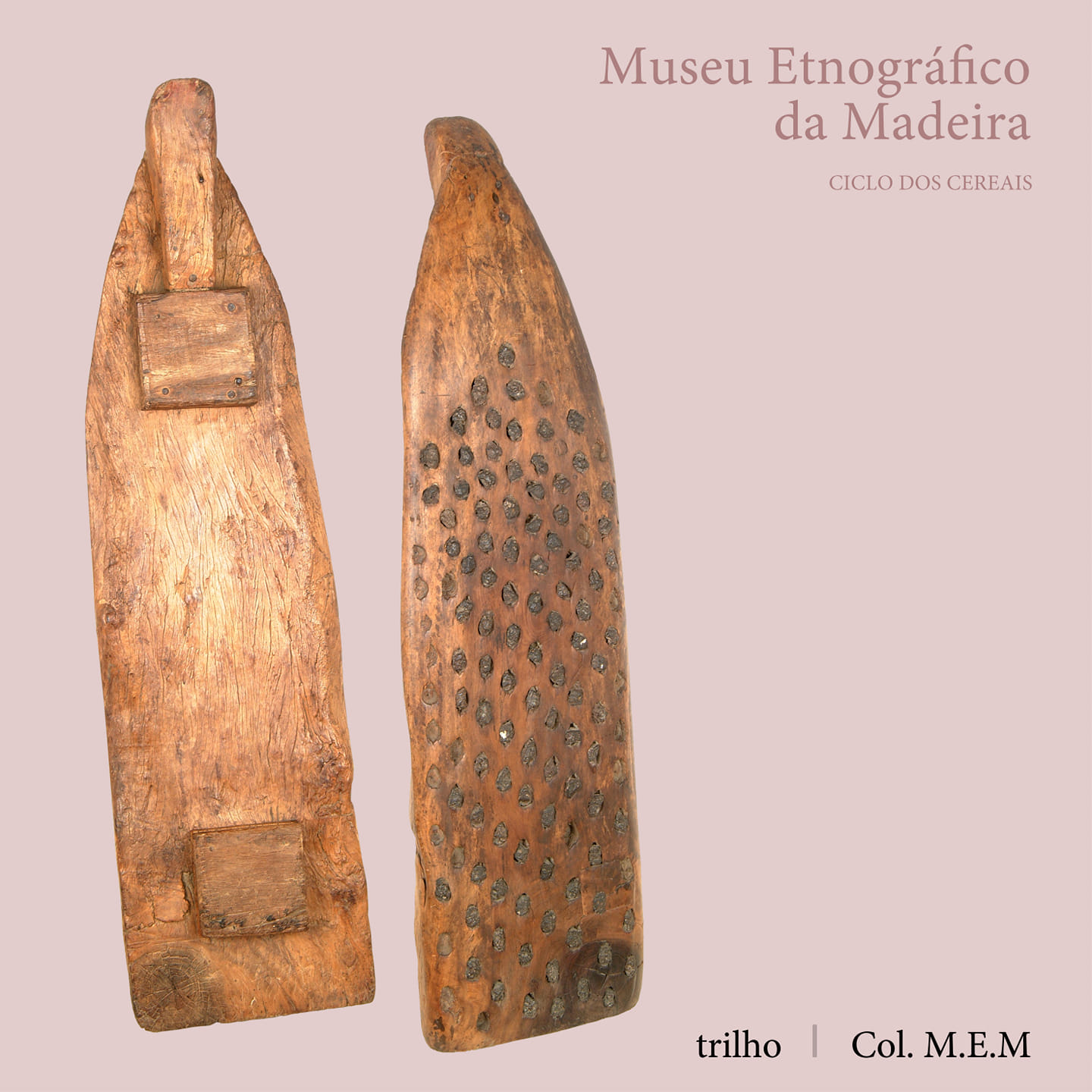