The Museum’s Collections
Festivities and Pilgrimages
The summer months, from June to September - harvest season -, are festive months par excellence. It is the final "reward" for the hard work done throughout the annual agricultural cycle and, therefore, a time of fullness, joy and celebration. In all parishes, religious festivities or pilgrimages are celebrated at this time, which are distinguished from other religious festivities by the character of "pilgrimage", that is, the journey made by the people to the place of the sanctuary, formerly on foot, along steep paths and shortcuts.
These "pilgrimages" are a tradition naturally introduced by the first settlers, showing great similarities with those of the North of Portugal.
Armed with the staff, a symbol that identified them, the "pilgrims" walked along the steep paths, singing and dancing to the sound of traditional instruments, throughout the route, to alleviate tiredness.
In ancient times, it was common for women to carry the packed meals in wicker baskets, lined with white towels, and for men to carry the drink in a gourd, which served to transport liquids after being dried and stripped of the seeds. Later, the wine and the brandy started to be transported in demijohns and the bovine horn was used as a substitute for the glass. There were also those who used the goats' horns for the same purpose. These packed meals were consumed during the trip and also during the arraial (Madeiran popular party) in a kind of picnics set up in the shade of the trees and of the vine trellises.
Credits: Madeira Ethnographic Museum 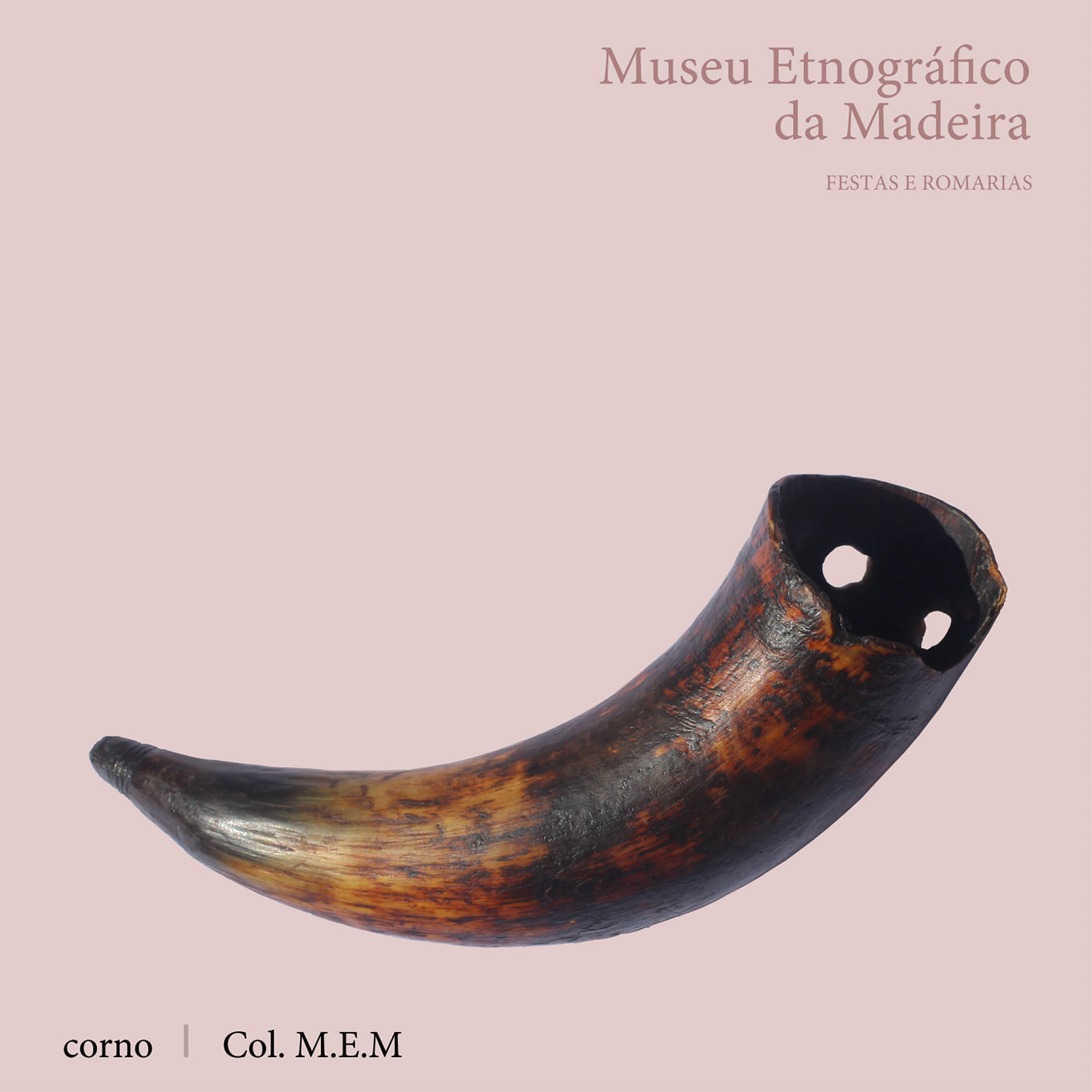