Traditionally, two types of boots were made: “flat boot” and the “countryside boot”. The so-called "flat boot”, with goatskin and cowhide sole, was generalized to both sexes, but had small variations. Initially, it seems that the women ’s had a red Moroccan narrow strip around the end of the bootleg, while the men ‘s did not have any kind of adornment. The other type of boot, the so-called “field boot”, made of cowhide and rubber soles, was widely used by peasants of both sexes, as it is more resistant to the rough roads and more suitable for rural work. It is the footwear currently used by the carreiros, who drive the “basket cars" in the civil parish of Monte.

Initially, the leather used in the manufacture of Madeiran footwear was imported. Later, after the liberalization of the preparation of this raw material, several workshops for the tanning of goats and cattle skins were created, which took advantage of the cattle leather on the island.

In the different municipalities of the island, there were many shoemakers who made this type of footwear, the so-called “white-footwear shoemakers”, being a craft with great tradition in Câmara de Lobos. These professionals were going to sell their boots to the city of Funchal, at the so-called “Boots Market”, where nowadays the Chafariz Square stands. 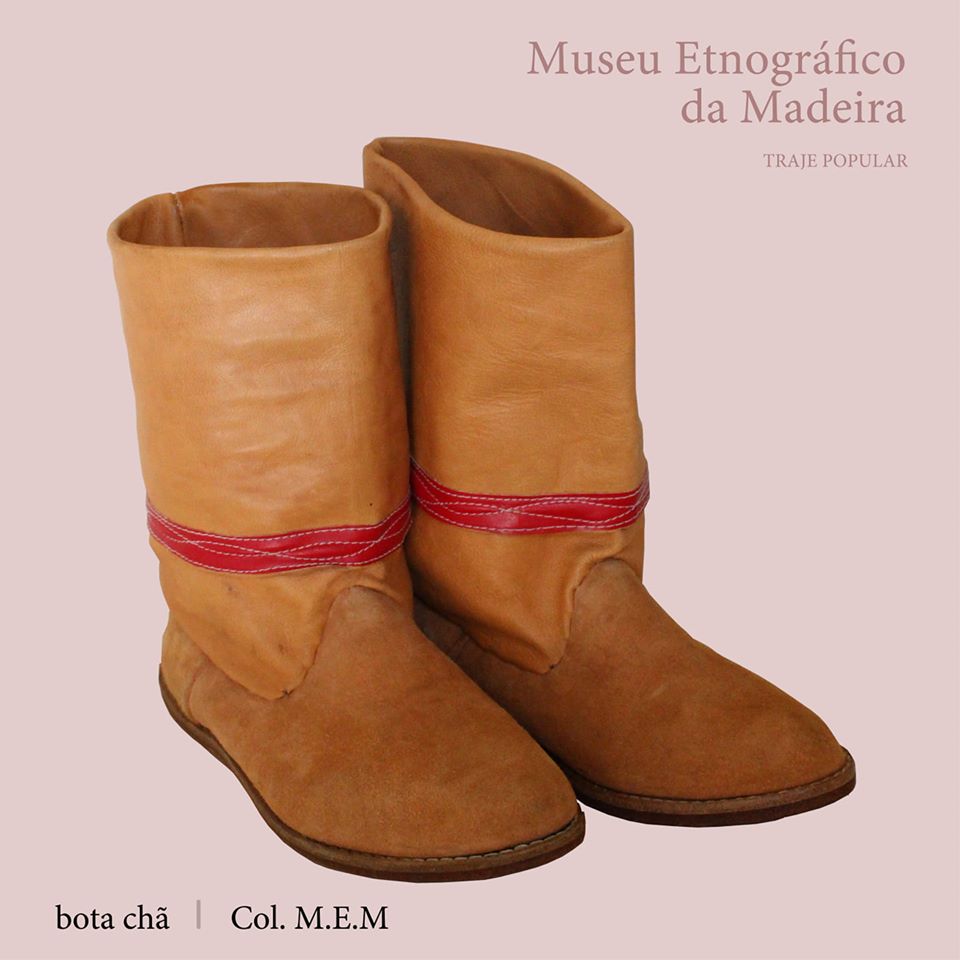