The loom is a complex device used in the manufacture of fabric through the crossing of the yarns.

There are two types of yarns: the warp yarns, which are previously prepared in a specific device – the warp – and are longitudinally arranged along their entire length on the loom, separated in two series; and the single weft yarn, which passes between the yarns of those two warp series, perpendicular to them, sometimes from right to left and sometimes from left to right.

To prepare the weft yarn, the weaver uses the so-called “bobbin holder”, which coils the yarn in small cane sectors – the bobbins. This consists of an iron shaft equipped with a steering wheel, which rotates into two pieces fixed vertically on a wooden base. It ends in a sharp spike, where the bobbin enters.

These bobbins, with the coiled yarn, are then placed in a small fusiform piece of wood, with a cavity on the upper face, the so-called shuttle, which is projected by the weaver through the warp opening, sometimes in one direction, sometimes in the other, leaving, at each pass, the weft yarn, essential to the formation of the fabric. 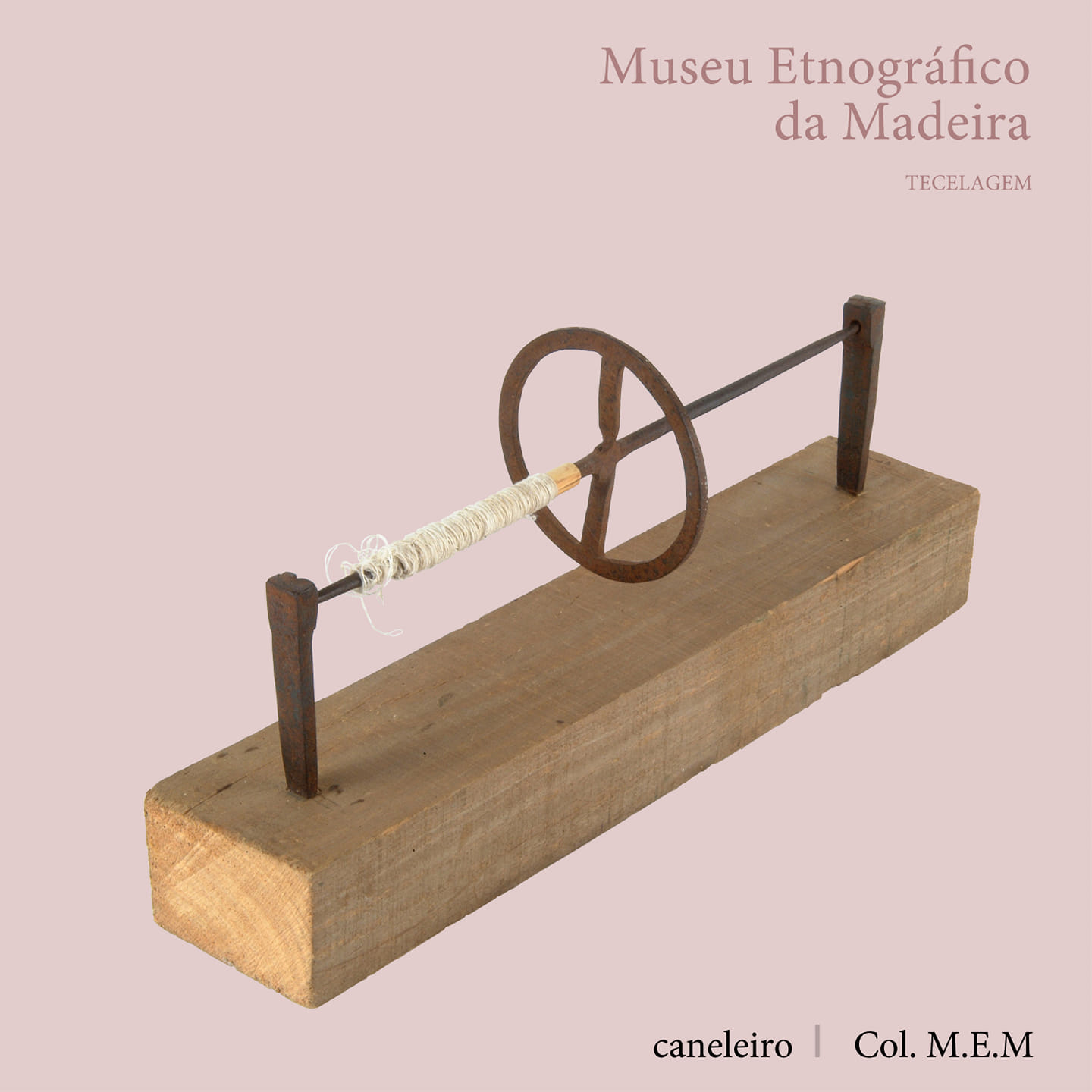