The Madeiran ox cart will have been influenced by the model of the ox cart from the Northeast of Portugal and the traditional Madeiran cart, an unwheeled drag vehicle used for the transport of goods.

It was a means of transport with capacity for four people, widely used in the first half of the 19th century, essentially in the city of Funchal, as it was unsuitable for the steep slopes and paths of rural areas. However, its use was not very common among the people. Only the more affluent classes had a yoke of oxen or horses to use as transport and would have conditions for the regular maintenance, necessary for this type of vehicles.

Later, this type of transport, with more popular characteristics, such as this example that belongs to the museum’s collection, with bright colours in the box and curtains and cushions lined in fabric, with floral motifs and bright colours, became widespread in the city of Funchal for the use of tourists, having circulated on the former Avenida do Mar until the 1980s.

"It resembles a type of carriage, without wheels, dragged by oxen. It consists of a wooden box, or braided part of wickers, made of chestnut-tree wood, til or Brazilian mahogany, supported by piles of dynamometer half springs on the threshold, which is covered by a metallic ribbon".

The cart was driven by the ox-drivers, dressed in white, who wore field boots and straw hats, and by the "lamp-holder", who was in charge of the halter (leather strap that attaches to the ox and by which it is guided and pulled). 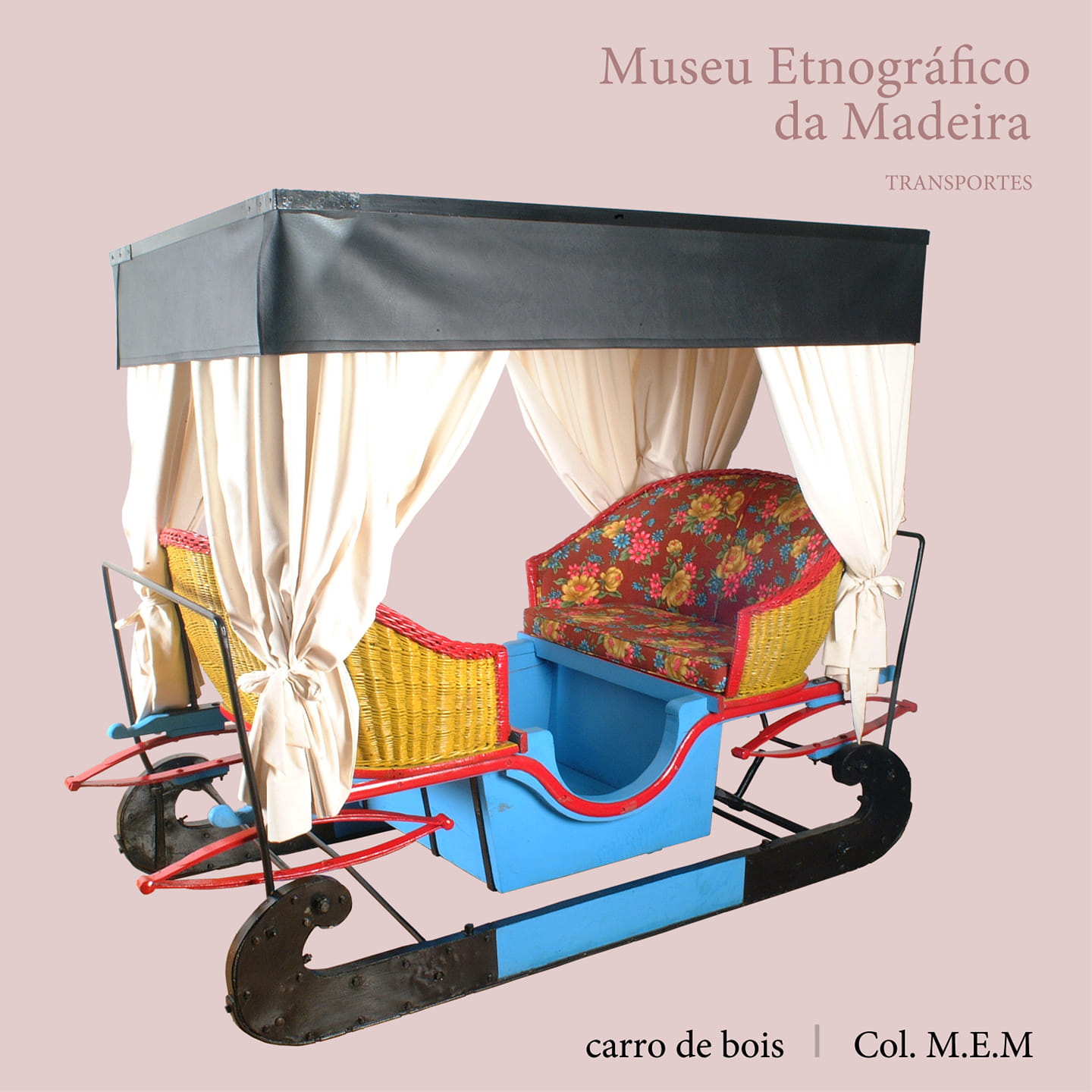